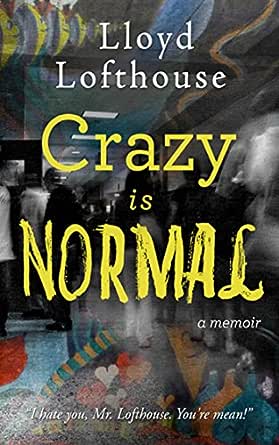 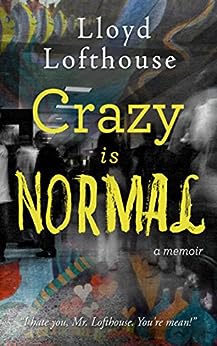 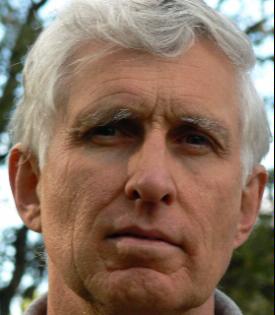 "Readers who envision eager students lapping up learning led by a Tiger Teacher will be disappointed. Lofthouse presents us with grungy classrooms, kids who don’t want to be in school, and the consequences of growing up in a hardscrabble world. While some parents support his efforts, many sabotage them—and isolated administrators make the work of Lofthouse and his peers even more difficult. Throughout this journal, though, Lofthouse seems able to keep the hope alive that there’s a future for each student that doesn’t include jail—thanks in large part to his sixth period journalism class and its incredible editor, Amanda." – Bruce Reeves
click to open popover

Alison M. Mcdonald
3.0 out of 5 stars almost ethnographical
1 March 2015
Format: Kindle EditionVerified Purchase
I enjoyed getting to know this teacher and his student body. An interesting time and place snapshot with universal themes. Literacy and discipline are the key themes in this story.
Read more
Helpful
Comment Report abuse
See all 1 customer reviews
Write a customer review

Tim M.
5.0 out of 5 stars A MUST READ!
13 July 2014 - Published on Amazon.com
Format: Kindle Edition
Lloyd has written an honest and fascinating story of a year in the working life of a dedicated California public school teacher. This is a must read for those thinking of becoming a teacher, is a public school teacher or administrator, or has children in the public school system.

What works most effectively is how Lloyd shows the contrast between the two student extremes - the top achievers who take what Lloyd offers and learns how to conquer the world, and the many slackers who appear determine to sabotage their teacher's best efforts to teach them the skills they need for a successful future.

GailtheReader
5.0 out of 5 stars Nogales is an interesting school with some amazing qualities that might surprise most people
12 July 2014 - Published on Amazon.com
Format: Kindle EditionVerified Purchase
Lloyd Lofthouse has written a powerful memoir in Crazy Normal that took me back to time we shared at Nogales High School. His reflections and anecdotes based on his daily journal brought so many memories of my own teaching experiences there. This is not fiction, but retelling of events that might give insight for many into the challenges a teacher faces every day.
Nogales is an interesting school with some amazing qualities that might surprise most people. The school itself is nestled among several diverse communities in Southern California. Our kids came to us from middle class to lower economic backgrounds. The ethnic make-up ranged to include everyone and everything with a dominance of the Hispanic groups. The kids with Spanish surnames came from Mexico (upper and lower classes), the Philippines, Honduras, Columbia, etc. This diversity made it necessary for teachers to try to reach students past the barrier of limited English skills, or those whose parents had no schooling, as well as parents who were professional people, the wealthy, the poor, and everything in between. Our teachers worked miracles every day.
Part of a small school district just east of Los Angeles, Nogales sprang up quickly as many families tried to escape the “big city” problems of LA to find a home in a more country-like setting. The early neighborhoods included some housing that required extra money if the buyers wanted concrete floors. In the early days of my teaching, some of my students shared their sleeping quarters with farm animals that wondered at will from the yard to the dirt flooring under the roofs. These were the “Happy Homes” of La Puente.
Lofthouse’s journal shows a later picture of the community. The kids who populate the pages of his memoir don’t have dirt floors, but many of them are still new to the country and the language. Some are headed to colleges and universities while others, if they graduate from high school, might be the first of their families to achieve that diploma.
Though he doesn’t use the real names of his students, I was able to recognize quite a few o f his main characters. Lloyd’s frustration with his Scrollies, the staff members of the school newspaper, often included kids I had in my own English classes. Like Lloyd, I advised the Scroll for many years and Mr. Lofthouse took it over one or two years after me. While my battles over the school newspaper had been with an administration who wanted to control it, Lloyd’s were with students who were resistant to his demands and with parents who, often, were not supportive.
I had to take breaks from reading when Lloyd described the grueling and frustrating teachers’ meetings. These were not times I wanted to revisit now that I have retired after thirty-seven years of teaching. But like Lloyd, my good memories are of the students who walked through my doors every day. I revel in their accomplishments and their ability to overcome huge societal obstacles in order to succeed. Nogales is a place like many other American high schools where crazy is normal.
I applaud Lloyd Lofthouse for his dedication and hard work on behalf of kids who needed someone who cared enough to help his students learn and grow. His story is worth telling—and worth the read.

Mindy
4.0 out of 5 stars Worth reading
31 October 2014 - Published on Amazon.com
Format: Kindle EditionVerified Purchase
Let me start by saying that I give this book 4 out of 5 clouds. It is well written by a man clearly passionate about the subject. The writing contains humor, objective information, and passion. It is also often negative and opinionated.

I have been a public school English teacher and I am a parent of two children. I agree that it is unfair to hold teachers accountable for student’ lack of work. Many students have backgrounds that make school challenging. Some student’s only eat when school is in session because there is not enough food at home and some come from truly horrific backgrounds that result in school being the least of their worries. That said some teachers are incompetent or lazy and unwilling to work with any student, particularly one who has special needs.

My son is on the autistic spectrum and my daughter is not. BOTH of my children could be considered “difficult” children at times. And I am definitely a difficult parent….I have highly active in my children’s education but I do not always take the teacher’s word for it because I have had teachers who didn’t like my child and made their life difficult. That said, I also expect the highest standards from my children. I found the negativity toward parents to be off-putting. Parents were almost uniformly presented in a negative light which was disappointing. Parents and teachers must work together and support one another…and I come from a family of educators so I know it is possible.

This book is a clear look into the education system with all its foibles, but has the potential to bring many emotions to the surface. Definitely worth the read.

This product or book may have been distributed for review; this in no way affects my opinions or reviews.
Read more
6 people found this helpful

Brian
1.0 out of 5 stars Disappointed
10 January 2019 - Published on Amazon.com
Format: Kindle EditionVerified Purchase
I really don’t know why he bothered to write this diary. It was boring and repetitive. Having been a teacher for many years it was a litany of what most have experienced, apart from gangbangers that we don’t have, in my experience, in Australia. I read his amazing book on China ‘My Splendid Concubine’ that I gave five stars. I don’t understand how Crazy is Normal could be written by the same author.
Read more

CAHarrold
4.0 out of 5 stars Remember when you went to school????
2 May 2017 - Published on Amazon.com
Format: Kindle EditionVerified Purchase
Keeps you engaged and enrages you at the same time. Schools are not what anyone over 40 remembers. Worth reading to know what is going on with our education system.
Read more
One person found this helpful
Go to Amazon.com to see all 31 reviews 4.2 out of 5 stars
Get FREE delivery with Amazon Prime
Prime members enjoy FREE Delivery and exclusive access to movies, TV shows, music, Kindle e-books, Twitch Prime, and more.
> Get Started
Back to top
Get to Know Us
Make Money with Us
Let Us Help You
And don't forget:
© 1996-2020, Amazon.com, Inc. or its affiliates