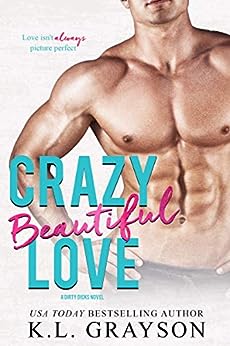 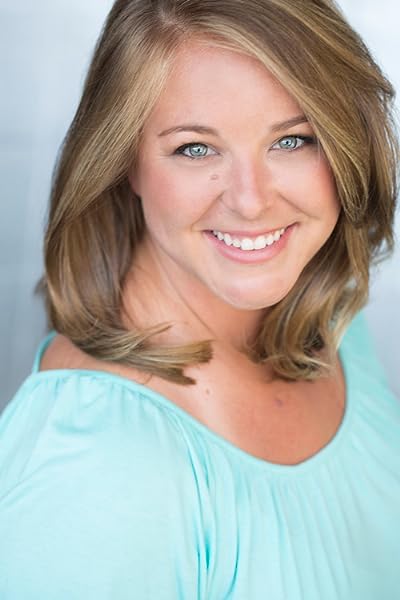 4.7 out of 5 stars
4.7 out of 5
34 global ratings
How are ratings calculated?
To calculate the overall star rating and percentage breakdown by star, we don’t use a simple average. Instead, our system considers things like how recent a review is and if the reviewer bought the item on Amazon. It also analyses reviews to verify trustworthiness.

Addicted2Romance
TOP 1000 REVIEWER
5.0 out of 5 stars Fourth times a charm
Reviewed in Australia on 12 April 2019
Verified Purchase
My favourite from the series so far it really was Crazy Beautiful Love for Tess and Beau. What’s not to love about this series they just keep getting better
Read more
Helpful
Report abuse

Louise O
TOP 500 REVIEWER
4.0 out of 5 stars Great Book
Reviewed in Australia on 1 February 2019
Crazy Beautiful Love is the 4th book in the Dirty Dicks series, this is my first-time reading Grayson and I will be going back and read more.

Tess is hiding who true identity, with her unsavoury background she wanted a fresh start when she moved back; years of holding her head above water she finally crumbles when Beau returns home. Travelling around the world taking pictures and making a name for himself Beau has missed out on a lot of things and being part of his family was top of that list. Finding out who Tess really is doesn’t change a thing in his mind, they have an intense attraction to each other bringing out feelings they have never felt before. When Beau receives a phone call with a once in a life time opportunity will he go and do what he loves or stay and be the new love in his life?

I personally enjoyed this book, while it was a little slow in the beginning Grayson’s writing intensified throughout keeping me hooked and finishing in one sitting. The minor characters were great on their own and I can’t wait to go back to the beginning of the series and learn their stories. I look forward to book 5, Crazy Messy Love.

Samantha Blundell
TOP 100 REVIEWER
3.0 out of 5 stars 3.5 stars
Reviewed in Australia on 1 February 2019
For me, I was unable to completely connect with this book. While the book is still a good read, I felt like something was missing from the connection of the characters. I have loved all the other books in this series, so I was excited for Tess and Beau’s story. The characters are always fun and I love the whole small town theme this book carries.

Tess has a sad past. It really made me feel for her. She is a strong character and definitely needed someone like Beau in her life. Beau is actually quite the sweetheart. He is willing to put the needs of others before his own.

This book did make me cry towards the end, I must admit. It did hold a fair bit of emotion to do with Tess’ mom and grandmother. This book isn’t very long and I read it rather quickly. I can’t wait to see what is in store for Cooper!
Read more
Helpful
Report abuse

Codie Riddell
TOP 1000 REVIEWER
5.0 out of 5 stars This series continues to be everything.
Reviewed in Australia on 8 February 2019
I adore K.L and this series so I couldn't wait to devour this book, it had everything I could of hoped for. Tess and Beau have brilliant chemistry and I loved seeing Tess come to the realisation that she actually likes him instead of disliking him.
Read more
Helpful
Report abuse
See all reviews

Kerry Fletcher
5.0 out of 5 stars 5 Double D Stars
Reviewed in the United Kingdom on 1 February 2019
Verified Purchase
Gah! I love this series so much! I love the family feel it has through every book. It's amazing!

The illusive Beau has returned home for his brothers wedding. He's decided to take a break from his work as an international photographer because he realizes he's missing his families lives.

Tess has been brought into the Allen fold by Mo. Family dinner every Sunday is a must until one Sunday the only Allen Tess can't stand returns. She blames Beau for a series of events he can't even remember. She tries to stay away from him but meddling friends won't let that happen.

They keep being forced to spend time together.

Beau doesn't know why Tess hates him but he feels a connection to her. One he want's to explore. He doesn't do relationships but he has a feeling about Tess he's never felt before.

Tess is determined to keep Beau at arms length even when they are together but he keeps breaking down her walls and she can't help but drop her guard around him.

They both know that nothing could come from them getting together but a whole heap of chemistry and a connection neither can deny lets their bodies do the talking.

Can either of them admit their true feelings? Could it work?

This couple!! I loved the dynamic of them. There was this push pull between them that you felt in your gut. Beau pushed, Tess pulled away. I think this was probably my favorite thing about Beau was that he never gave up. To say he didn't want a relationship at the start he was so accepting of his feelings for Tess i loved how he just went with it.

My heart broke a few times for Tess. She's put up a good front so far throughout this series but this one saw her break. She cracked wide open! I, on more than one occasion shed a few tears for her. I think the fact that Beau was the only one who could get her to open up, made them all the more special.

I loved the storyline. It was steady throughout. It kept me turning those pages and falling in love with this brilliant couple.

This series is turning into a fabulous one. Each book has been different and great in their own ways but i think this one is probably my fave of the lot.

Really sweet, angsty, beautiful, heartbreaking, sexy and wonderful. Bloody loved it!! One to go!! Bring on Cooper!!! The girl who grabs him is gonna be something special!!

Amazon Customer
5.0 out of 5 stars Recommend the series x
Reviewed in the United Kingdom on 25 October 2019
Verified Purchase
Absolutely loved this book I’m sad ☹️ it’s ended , this was a great series, hope there is a book five soon 😀
Read more
Report abuse

SJF
5.0 out of 5 stars Small town romance chock full of ❤️ and soul!
Reviewed in the United States on 23 April 2019
Verified Purchase
Crazy Beautiful Love by Author KL Grayson is a small town romance full of heart. The author is so well skilled at writing stories that rip you apart and put you back together better than they found you!

Beau is gorgeous, sweet and a photographer that travels the world.

Tess tends to keep herself guarded because of her past and fear of getting hurt again, yet she is so generous with others.

They have a past that he doesn’t remember and she has a fear that he will hurt her again. She also fears he will be jetting off again soon and doesn’t want to put her heart on the line.

When walls come tumbling down the beauty of their feelings blossoms and grows.
Read more
2 people found this helpful
Report abuse

Zetter
5.0 out of 5 stars Sticking Around!!!
Reviewed in the United States on 1 February 2019
Verified Purchase
Tess Walker was game for anything except the sexy as sin, world renowned photographer Beau Allen. He'd unknowingly sent her life downhill and it took her years to get to a place where she could be proud of herself. Now he was back in her life and he wanted her in ways she never expected again.

Beau Allen had everything, a loving family, loyal friends, and a job that took him around the world. He didn't had the one thing he wanted the most, a home and someone to share it with. He was content with his life until a beautiful woman titled his world on its axis.

Things between Beau and Tess had been awkward and intense since he'd been back in town. But they couldn't deny the attraction they felt for each other. After clarifying some misunderstandings from their young years and apologizing for what their young selves thought and did. They discovered that they had mutual respect and admiration for one another.

Tess wasn't like the other women, she was in a league of her own. Beau wasn't used to sticking in one place for too long but he wanted to stay in Heavens this time, no matter what. And he did because he finally found the ONE. Tess and Beau couldn't be happier.

It was great catching up with old characters and meeting new ones. The Allen clan is growing and I can't wait for Cooper's story ;).

Sarah Arndt
4.0 out of 5 stars Sweet, drama-free love story.
Reviewed in the United States on 7 February 2019
Verified Purchase
I have loved this series up to this point and was ecstatic when I found out we were finally going to get to know the elusive, absent Allen boy, Beau. So much had been made of him and with the exception of a few glimpses at who he was through other’s perspectives, I had no idea what to make of the nomadic brother. I was also very excited to learn more about Tess and her highly guarded past. I was not disappointed with Crazy, Beautiful Love, and I was glad not to have a high-drama, angst-fest for these two, there were enough other things to learn about their story without unnecessary drama.

Tess and Beau had a great dynamic. I loved that they both gave as good as they got, and their banter was filled with affection and familiarity – even when they were still getting to know one another. It seemed like they’d been destined to be together and it was beautiful to see them share their lives and pasts with each other and begin to love and trust when neither of them thought that was in their shared future.

The only wishes I have for Crazy, Beautiful Love have to do with editing. There were a couple of continuity issues that need to be addressed and are easy fixes. The first is that Tess’ mom’s name changes from the beginning to the end, at first she’s called Caroline, then it switches to Christine. Secondly, there is an inconsistency with the marital status of Noah and Lennon, when we first see them in this book they’re purported to be engaged, then later – with no mention of a wedding – they’re said to be husband and wife. Again, not big issues, but something that needs to be addressed.

Crazy, Beautiful Love is the fourth book in KL Grayson’s Dirty Dicks series. These books are interconnected standalones and can be read independently if desired. There is a tie-in to KL Grayson’s standalone novel, The Truth About Lennon in this book, but it is not necessary to read that book to understand this story. Crazy, Beautiful Love is written in dual first-person perspective, narrated by Tess and Beau.
Read more
Report abuse
See all reviews
Back to top
Get to Know Us
Make Money with Us
Let Us Help You
And don't forget:
© 1996-2021, Amazon.com, Inc. or its affiliates