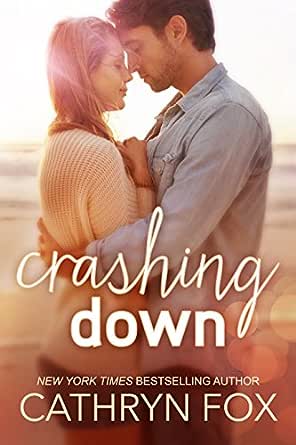 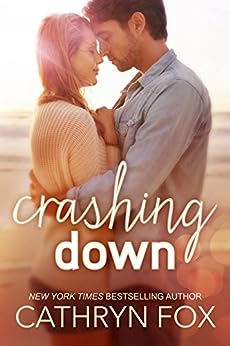 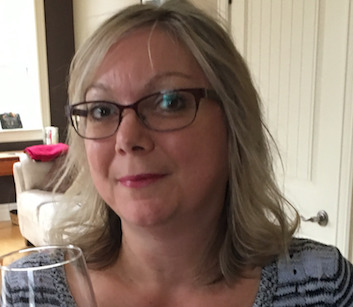 Cathryn has a new release newsletter, be sure to join up for freebies, prizes and sneak peeks! http: //bit.ly/1kpQOzf New York Times and USA Today Bestselling author, Cathryn Fox is a wife, mom, sister, daughter, and friend. She loves dogs, sunny weather, anything chocolate (she never says no to a brownie) pizza and red wine. She has two teenagers who keep her busy with their never ending activities, and a husband who is convinced he can turn her into a mixed martial arts fan. Cathryn can never find balance in her life, is always trying to find time to go to the gym, can never keep up with emails, Facebook or Twitter and tries to write page-turning books that her readers will love. --This text refers to an alternate kindle_edition edition.
click to open popover

shell
3.0 out of 5 stars great
Reviewed in the United Kingdom on 20 October 2014
Verified Purchase
This was a great read u really got to know the characters,the storyline was well written and enjoyable,I gave 3 stars as i would have like it to be longer
Read more
Helpful
Sending feedback...
Thank you for your feedback.
Sorry, we failed to record your vote. Please try again
Report abuse

Avid Reader
4.0 out of 5 stars Sweet coming of age story
Reviewed in the United States on 26 July 2016
Verified Purchase
Kathryn Lane is serving out an internship at Stone Cliff Resort in the Canadian Rocky Mountains to meet requirements of her college scholarship. She's a devoted employee, a committed assistant, and she has no idea how to have fun. She is determined to make her father proud and someday work in his office. Unfortunately her devotion to her education and her father has been at the loss of a personal life, friends and any kind of social life.

Noah Ryan, hot, motorcycle riding bad boy, works at the same resort as the ski instructor during winter and river rafting during the summer. Noah is all about the fun and the challenge of pushing the limits, even to the point of putting himself in serious danger, and Noah is running from demons he can't seem to escape. But when he sets his eye on the new office girl he can't seem to stop his protective side from coming out, no matter how much he tries.

This is a real coming of age story. Noah and Kathryn seem like such opposits, coming from different backgrounds, but they find they have more in common than they think. I loved how they were able to help each other through their personal struggles.

Cons: I get so frustrated with obvious errors that should have never happened... Kathryn 'just finished her junior year', next chapter it says Kathryn is 'going into her sophomore year'. This a 3 year difference and that is huge when you are talking about a 19 or 21 year old young lady. Then later Noah 'watched her suck back a few coolers' (so was worried about her alcohol intake), but he arrived after she drank them!
Read more
Helpful
Sending feedback...
Thank you for your feedback.
Sorry, we failed to record your vote. Please try again
Report abuse

californiagang
4.0 out of 5 stars A little cheesy, but good
Reviewed in the United States on 16 March 2015
Verified Purchase
I've read only one other book of Cathryn Fox`s, A Moment to Steal, and really enjoyed it, and although this book was completely different the was it was written, I really liked it. The story seemed kind of choppy and rushed in places, but I loved the storyline about Noah and Kathryn. Bad kid with issues meets smart pretty student with confidence issues. HOT, steamy love scenes in this book is pretty awesome, especially the second time around when the more rational Noah was present. I would have liked the story to be longer, maybe if the character development was expanded on it wouldn't have been as choppy in areas. Still liked it, was definitely worth the read and have already ordered book 2, am looking forward to reading it.
Read more
Helpful
Sending feedback...
Thank you for your feedback.
Sorry, we failed to record your vote. Please try again
Report abuse

Geminicowgirl
5.0 out of 5 stars Another must read by Cathryn Fox!
Reviewed in the United States on 18 September 2014
Verified Purchase
Another great book by Cathryn Fox!! A great love story about a girl who has her head on straight and a bad boy who makes her loose her head.

Noah makes her realize she's living her father's dream and not her own. You wouldn't think a little time working at a resort would change the life of a girl with an overbearing father..but Noah is the catalyst she needs!

I received an ARC in exchange for my honest review.
Read more
One person found this helpful
Helpful
Sending feedback...
Thank you for your feedback.
Sorry, we failed to record your vote. Please try again
Report abuse

Kindle Customer
5.0 out of 5 stars Summer Love
Reviewed in the United States on 27 December 2016
Verified Purchase
I thoroughly enjoyed Noah and Kat's book. Completely, 100% recommend this book! You will not be disappointed. It's sweet, hot and emotional. I great read!
Read more
Helpful
Sending feedback...
Thank you for your feedback.
Sorry, we failed to record your vote. Please try again
Report abuse
Load more international reviews

Bama
5.0 out of 5 stars A GREAT READ!!!!
Reviewed in the United States on 6 July 2016
Verified Purchase
This is a very good story. I enjoyed the character's as well. I recommend it to all. This is my first book by Cathryn Fox but it want be my last.
Read more
Helpful
Sending feedback...
Thank you for your feedback.
Sorry, we failed to record your vote. Please try again
Report abuse

kracer40
3.0 out of 5 stars Crashing down
Reviewed in the United States on 12 July 2016
Verified Purchase
The story could have had a little more dialogue in the beginning, not just smut from the word go. Story was a little weak but turned into an ok, quick summer read. Was steamy. Don't recommend for under 18.
Read more
Helpful
Sending feedback...
Thank you for your feedback.
Sorry, we failed to record your vote. Please try again
Report abuse

Lazaro
4.0 out of 5 stars Four Stars
Reviewed in the United States on 1 July 2016
Verified Purchase
Good read that I could not put down would high recommend it to all...
Read more
Helpful
Sending feedback...
Thank you for your feedback.
Sorry, we failed to record your vote. Please try again
Report abuse