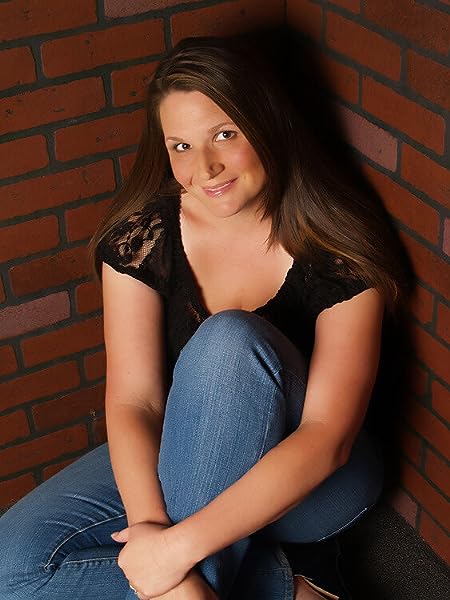 by Katie McGarry (Author)
4.7 out of 5 stars 206 ratings
See all formats and editions
Sorry, there was a problem loading this page. Try again.
Read more Read less

KATIE MCGARRY was a teenager during the age of grunge and boy bands and remembers those years as the best and worst of her life. She is a lover of music, happy endings, and reality television, and is a secret University of Kentucky basketball fan. Katie would love to hear from her readers. Contact her via her website, katielmcgarry.com, follow her on Twitter @KatieMcGarry or become a fan on Facebook and Goodreads.

Start reading Crash Into You on your Kindle in under a minute.

4.7 out of 5 stars
4.7 out of 5
206 global ratings
How are ratings calculated?
To calculate the overall star rating and percentage breakdown by star, we don’t use a simple average. Instead, our system considers things like how recent a review is and if the reviewer bought the item on Amazon. It also analyses reviews to verify trustworthiness.

Ella Bear
5.0 out of 5 stars None
Reviewed in Australia on 31 August 2014
Verified Purchase
This is an amazingly written book, it covers almost everything,from forrbiden love,a little action and thrill. It's one of those books were never bored.
Read more
Helpful
Report abuse
See all reviews

Broc's Bookcase
5.0 out of 5 stars Giving stereotypical bad boys the middle finger...
Reviewed in the United Kingdom on 7 February 2015
Verified Purchase
Every time I read a new Katie McGarry book I don’t think I’m going to like it as much as the previous. I should have learnt by now really. When I read Dare to You I was sure that Beth’s story couldn’t be as good as Noah & Echo’s, but I was proved wrong, I loved it. And then when I got Crash Into You I was sure that Isaiah & Rachel’s story wouldn’t be as good as Beth and Ryan’s, but again I was proved wrong..

We’ve known Isaiah as Noah’s best friend and as a potential love interest to Beth, but in Crash into You we get the chance to really know him. He has grown up in foster care and has no one other then the few friends he has chosen to become his family.

Iasiah is a big fat middle finger to stereotypes: he keeps his bad boy reputation to help him survive on the streets, his tattoos are reminders to the happier times in his life and his obsession with all things cars is his way to make something of his life, skills that he has been working at for years. He had a difficult childhood, growing up in the foster system, and therefore developed a tough skin letting no one in. Underneath the tattoos and the slightly rough exterior he is an extremely loyal person who unfortunately just keep getting dealt the wrong hand in life.

When I first read from Rachel’s POV I was worried I wasn’t going to like her. I was worried I was going to find her spoilt and her problems very ‘typical rich person’ problems. But I very quickly started to like her and found her a very easy character to read. Rachel has grown up being the replacement daughter for her deceased older sister. It keeps her mum happy, so her father and brothers push her to be the perfect daughter for their mother. A role that forces Rachel to hide her true car loving self as well as other secrets that could ruin the perfect happy family facade.

The two meet at a street race, Isiah needs money, Rachel needs an escape. However in true fashion nothing goes right and the two end up forged together to fix a problem that could very well cost them their lives.

Although there are initial sparks, the romance between Rachel and Isaiah takes its time to fully manifest. Isaiah in trying to keep Rachel safe, pretends that he has no feelings for her so she cannot be used against him, therefore putting her in danger. Rachel, having never had a boyfriend and with no confidence in herself doubts that Isiah even likes her. But finally the two come together and become a very sweet couple. There are a few bumps, some bigger then others, but their relationship is strong and pushes through the obstacles put in its path.

One of my favorite things about this book is that characters from previous books are a big feature of the story. As Isiah lives with Noah, him and Echo appear a lot, and even Beth makes appearance with new boyfriend Ryan. Logan, Ryan’s friend from Dare You To, becomes a part of the main group and a new friend of Isiah’s which I really liked and helped to link Dare You To back to this book and Pushing the Limits.

There are also some great new characters in this book: Rachel’s 4 older brothers who can be overprotective and at times seem kinda mean that they are forcing her to be this perfect daughter just to keep their mother happy. But then you can see the reason why they are doing it, and there are times when they really show how much they care about her. The bond Rachel shares with her twin brother Ethan is really cute, and he is not just her brother but her best friend, and they have some really nice moments together.

I really enjoyed this book and couldn’t put it down until I had finished it. It manages to be action packed but also feature all the deep and sweet moments whilst Rachel Isaiah struggle through both their individual troubles as well as their joint ones. Katie McGarry has once again created a set of characters who immediately draw you in and don’t let go.
Read more
Report abuse

Heroesinbooks
5.0 out of 5 stars Brilliant
Reviewed in the United Kingdom on 4 December 2013
Verified Purchase
I have enjoyed all of this series and Isaiah has been my favourite character so I was delighted that he got his own story. This novel just smashed its way into my top 5 books. From the very first page I was hooked. Rachel was such a good heroine. There are plenty of sassy, strong and feisty girls in this series and they are all brilliantly written but Rachel is just perfect for Isaiah. She is innocent and pure and naive but the girl is way stronger than she gives herself credit for. He has been surrounded by such darkness and has been unloved for so long and then this bright light that is Rachel just comes into his life and the connection between the two of them is beautiful. My heart ached for both of them and the lives they led but I have to say Isaiah brought a lump to my throat. Brilliant writing by Ms McGarry made me want to fight his corner with him and just stop society looking at him like some second class citizen .Yet, I never pitied his character. Admired, rooted for and absolutely wanted to see him be loved ..totally. I love this author's style of writing. Glad we still get to hear about Noah, Echo and Beth. . And so looking forward to West' s story. Five stars for sure . Read this series in order.
Read more
Report abuse

It's been a while since I read Pushing the Limits and Dare You To...and I must admit I forgot how much I loved Katie McGarry's storytelling and the characters she creates.

I fell in love with Isaiah all over again in this one...such a layered character that ultimately just wants to love and be loved. And he certainly stole my heart :) The story and progression with him and Rachel's relationship was sweet and natural and you can't help but to root for them.

I really enjoyed the development of the old characters and the introduction of the new ones - I think it meshed really well and has opened the door to more wonderful books in this series.

I would have enjoyed some more detail in the last few chapters - but I have a feeling we'll see more of that in the next book...

I loved this book overall and continue to enjoy this fabulous series. It's safe to say I shall continue to devour anything written by the wonderful Katie McGarry.
Read more
Report abuse

Roman Clodia
3.0 out of 5 stars I love Katie McGarry, but this book didn't work for me
Reviewed in the United Kingdom on 30 December 2013
Verified Purchase
I adored  Pushing the Limits  and loved  Dare You To  even more, so I was very excited about this. But sadly it's turned out to be a disappointment. The story is told alternatively by Isaiah and Rachel, and neither of them have gripped me.

McGarry burst onto the scene and I loved the way her characters have dealt with real problems and yet have survived with sass and humour. This one felt flatter to me, with its recourse to insta-love. I don't think Isaiah's voice is right either in his narrative - for such a tough, bad-guy to be thinking of Rachel as his 'angel' practically from the first moment they meet?

So I'm really sad to have to give a less than glowing review for this. I'll certainly look out for McGarry's next and hope that it's a return to form.
Read more
Report abuse

G. Williams
5.0 out of 5 stars Brilliant story for Rachel & Isiah
Reviewed in the United Kingdom on 18 December 2013
Verified Purchase
I love Katie McGarry's novels. As a 'mid aged' mum I find teen romance can get a little cute, or focus on hormone driven kids trying to get it on. These books are well written, and whilst Isiah, Noah & Beth all have their hang ups, the chemistry between them and Rachel, Echo and Ryan seems real. If i were 20 years younger, my only question would be 'where should I go to find me a bad boy to tame!'
Read more
Report abuse
See all reviews
Back to top
Get to Know Us
Make Money with Us
Let Us Help You
And don't forget:
© 1996-2021, Amazon.com, Inc. or its affiliates