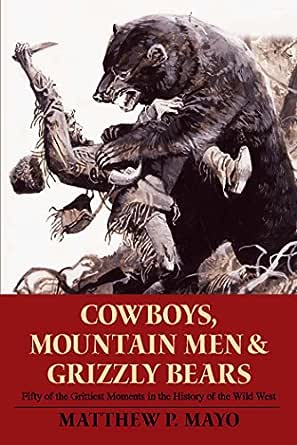 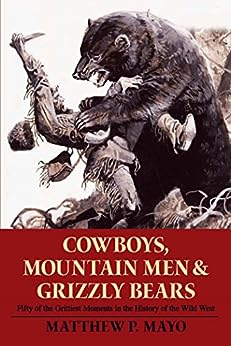 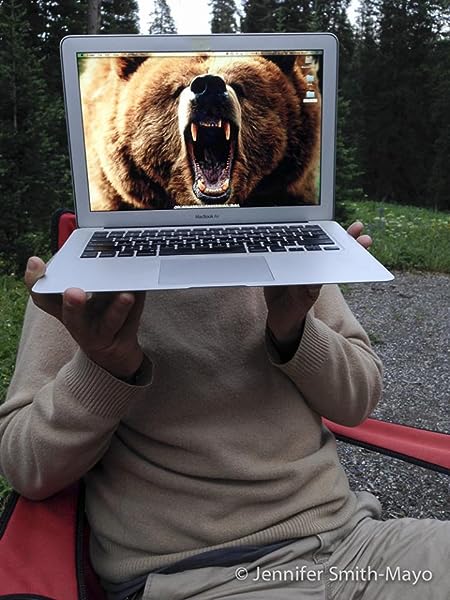 Cowboys, Mountain Men, and Grizzly Bears: Fifty of the Grittiest Moments in the History of the Wild West Kindle Edition

From slaughters, shootouts, and massacres to maulings, lynchings, and natural disasters, Cowboys, Mountain Men, and Grizzly Bears cuts to the chase of what draws people to the history and literature of the Wild West. Matthew P. Mayo, noted author of Western novels, takes the fifty wildest episodes in the region’s history and presents them in one action-packed volume. Set on the plains, mountains, and deserts of the West, and arranged chronologically, they capture all the mystique and allure of that special time and place in America’s history.
Read about:
John Colter’s harrowing escape from the Blackfeet
Hugh Glass’s six-week crawl to civilization after a grizzly attack
Janette Riker’s brutal winter in the Rockies
John Wesley Powell’s treacherous run through the rapids of the Grand Canyon
The Earp Brothers’ hot-tempered gun battle at Tombstone
General Custer’s ill-advised final clash wth the Sioux
--This text refers to an alternate kindle_edition edition.

Matthew P. Mayo's previous books include the Western novels Winters' War, Wrong Town, and Hot Lead, Cold Heart. In addition to writing novels and non-fiction, Mayo has had short stories and poetry published in a variety of anthologies, and he edited the anthology Where Legends Ride: New Tales of the Old West. He is also a magazine editor and a member of Western Writers of America and Western History Association. --This text refers to an alternate kindle_edition edition.

4.5 out of 5 stars
4.5 out of 5
140 global ratings
How are ratings calculated?
To calculate the overall star rating and percentage breakdown by star, we don’t use a simple average. Instead, our system considers things like how recent a review is and if the reviewer bought the item on Amazon. It also analyses reviews to verify trustworthiness.

Gary Knight
5.0 out of 5 stars Well written and factual
Reviewed in the United Kingdom on 10 August 2020
Verified Purchase
Bought this book as a birthday gift for my 95 year old dad who is a real Canada/Northern Frontiers buff. He said he thoroughly enjoyed the read and tells me its accurate in historical terms. Recommended.
Read more
Report abuse

God of Gnomes
4.0 out of 5 stars Watch out for bears
Reviewed in the United Kingdom on 26 July 2019
Verified Purchase
A great collection of stories from a bygone time.
Read more
Report abuse

Christopher Hilditch
5.0 out of 5 stars great book
Reviewed in the United Kingdom on 24 January 2016
Verified Purchase
What a real interesting book,I didn't want it to end .
Read more
Report abuse

pekoepan
4.0 out of 5 stars That so many of these men survived this kind of life.
Reviewed in Canada on 24 July 2020
Verified Purchase
I wanted to learn about those hard lives from the past, & did.
Read more
Report abuse

Beamerdog
2.0 out of 5 stars Very short stories!!
Reviewed in Canada on 23 June 2017
Verified Purchase
Each chapter was to short to enjoy. To few details.
Read more
Report abuse
See all reviews
Get FREE delivery with Amazon Prime
Prime members enjoy FREE Delivery and exclusive access to movies, TV shows, music, Kindle e-books, Twitch Prime, and more.
> Get Started
Back to top
Get to Know Us
Make Money with Us
Let Us Help You
And don't forget:
© 1996-2020, Amazon.com, Inc. or its affiliates