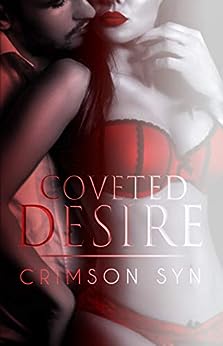 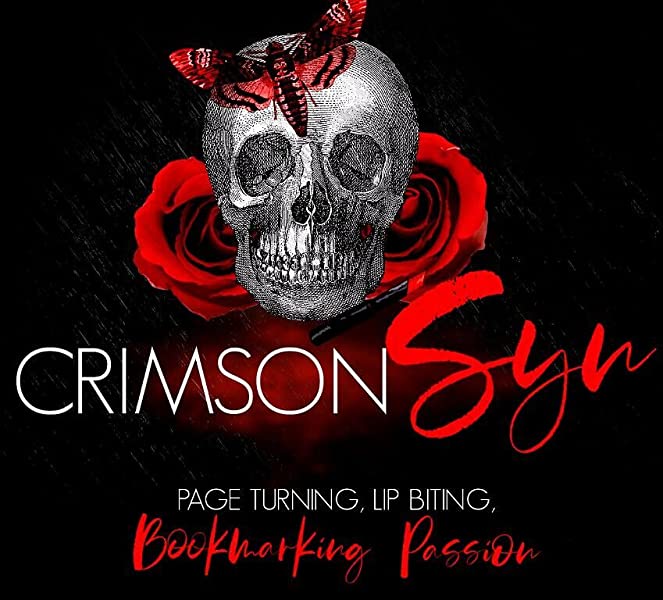 Kristi Sam
5.0 out of 5 stars 5 Stars!
Reviewed in Canada on 24 October 2018
Verified Purchase
This hot and steamy quick read draws you into the storyline from the very beginning. The characters are dynamic and engaging and the chemistry between Michael and Adriana is off the charts. I loved every minute of it.
Read more
Report abuse

Nikki
5.0 out of 5 stars A sexy push and pull that will leave you breathless for more!
Reviewed in the United States on 4 November 2018
Verified Purchase
When successful dark romance writer Michael hits a snag and can't seem to pen anymore words, his boss sends in a muse. Enter the dark and sexy Adriana who is way more than he bargains for. What results is a deliciously wicked and sensual push and pull between the characters that quickly draws you in. There's an erotic and dark sexy pulse that seems to radiate from the two. Their back and forth, hot and cold, intensely needy relationship creates a wonderfully complex and HOT relationship that consumes them both.

Forget your typical erotica. This addicting little novella will keep you on your toes and demand your attention from start to finish. Crimson Syn knows how to write scenes that set your Kindle on FIRE. I personally LOVED the push and pull between Michael and Adriana and was CONSUMED with their sexy banter and steamy encounters.

If you love a sexy dom and a sweet but passionate sub - this is the book for you! Highly reccomended!!! 5 solid stars!

Shelly Wolf
5.0 out of 5 stars Loved reading this book
Reviewed in the United States on 30 October 2018
Verified Purchase
This is actually a new author for me,,,, I really enjoyed this story,,,, I must read more from Crimson Syn,,,,

Michael Knight is a 36 year old Best Selling Author who publishes one of his famous Best Selling series "Wicked Games"under Decadent Publishing,,,, he lives in Chicago and he has a friend named Samuel King, whom also works for Decadent Publishing as his Publisher,,, he divorced his wife after 10 years of marriage, he does not believe in relationships, he likes his woman,,,, on his terms,,, at this point in time his Publishing Company is expecting a new Best Seller from him,,,, only problem is,,,,, he has writer's block,,, he feels like all of his muses have left him,,,, now Sam is threatening to get him a PA,,,, not only a PA, but a Production Editor,,, and when she showed up at his home in Chicago, he was kinda an ass to her, but, boy did he think of things that he would love to do to Adriana Montes,,,

Adriana Montes has works for Decadent Publishing for the last 3 years as a Book Editor whom has just now been promoted to Production Editor,,,, she happens to live in New York City ,,, she is of Latin descent, her family had come from Columbia originally,,,, she had a boyfriend, Edison, for some years she was sick and she had unending surgeries and has scars on her body that she was determined were ugly and she vowed no man would ever see her scars, and her ex started messing around on her during this time, and they broke up,,,, now she has to fly to Chicago to do her newly promoted job for an author that was a favorite of hers and good looking to boot,,,, she has a good friend, Nicole Lance, who happens also to be a romance author for Decadent Publishing and now Adriana needs to go help Michael Knight,,, she will keep her head down and do her job for him and go back to her hotel room where she wasn't tempted by that man,,,,, she wouldn't fall for this man,,,, she couldn't,,,,, !!!

I loved reading this book,,, it had wonderful characters and I just couldn't put this book down,,, I read it in one sitting, and now I'm going to go find more from Crimson Syn,,,,

I received a free copy of this book via Booksprout and am voluntarily leaving a review.
Read more
One person found this helpful
Report abuse

Robyn Washington
5.0 out of 5 stars Romance and hot
Reviewed in the United States on 19 November 2018
Verified Purchase
Michael was suffering from writer's block and his agent sends him an agent that could write and help him, but he was used to having his own way. He had to crash to realize his old way was not working, but then comes along Adriana, who was a bit stuffy. Adriana was too volatile and hard to get her to warm up the Michael. She had too many hang ups to me to deal with. The author's behaviors were easy to relate too, but the girl was a pain. The sex scenes were hot, tantalizing, and but the characters were hard to get into.
Read more
Report abuse

LynnStifle
4.0 out of 5 stars Sensational!!
Reviewed in the United States on 24 October 2018
Verified Purchase
Wow! This was a sensational dark read! I thoroughly enjoyed the storyline, the characters of Michael and Adriana are a perfect match and the passion between the two is quite steamy, that make the story impossible to put down. I thoroughly enjoyed this story and I highly recommend it you won't be disappointed.

I voluntarily reviewed an advanced readers copy.
Read more
Report abuse
See all reviews
Back to top
Get to Know Us
Make Money with Us
Let Us Help You
And don't forget:
© 1996-2021, Amazon.com, Inc. or its affiliates