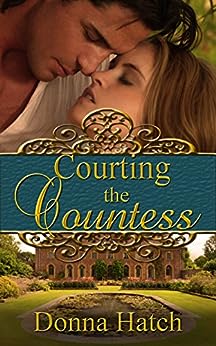 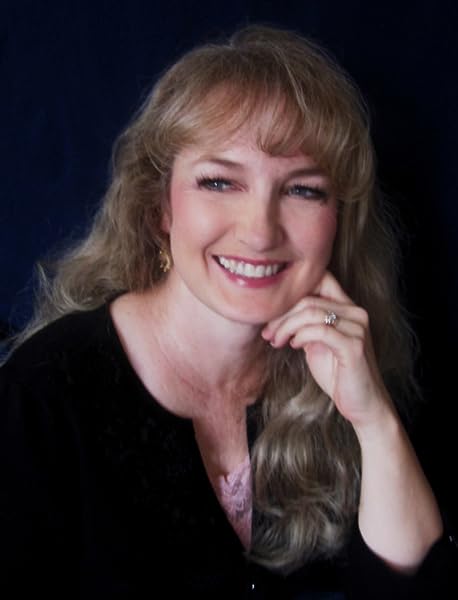 4.3 out of 5 stars
4.3 out of 5
88 global ratings
How are ratings calculated?
To calculate the overall star rating and percentage breakdown by star, we don’t use a simple average. Instead, our system considers things like how recent a review is and if the reviewer bought the item on Amazon. It also analyses reviews to verify trustworthiness.

Petmac
5.0 out of 5 stars Brilliant!
Reviewed in Australia on 9 December 2016
Verified Purchase
Loved the characters and the way the relationships develop. A great storyline. I really hope Donna writes a sequel about Tristan.

FYI - a clean read with a HEA

Cathy Morgan
TOP 500 REVIEWER
5.0 out of 5 stars a good read
Reviewed in Australia on 13 October 2019
A tryst in a garden between a noted rake and an innocent girl goes wrong when they are discovered - and, to avoid a duel, the former's older brother is forced to abandon the girl he loves and had planned to marry, and marry the girl who is either as unfaithful as his brother or in love with the man and too innocent to know how to behave. When the two are thrown together in such a way, is there any hope for love between them when each enters the relationship in love with another? Though an attraction does grow, the difficulties of their situation make such a hope far-fetched...

Clean and well-written, this tale of growing love held my attention from start to finish. Some might find the ups and downs of their relationship a bit annoying or boring, but I enjoyed it, and in particular the way that Elizabeth grew in confidence once she had escaped her stepmother. Overall - highly recommended.

Note that I received a complimentary copy of the book from NetGalley. I was not required to write a positive review and this is my considered opinion of the book.
Read more
Helpful
Report abuse

Secret Pearls Reviews
4.0 out of 5 stars Second Chances
Reviewed in Australia on 14 October 2016
I am a sucker for happy endings all the way around, but at the end of this book, there was still one character who was left heartbroken. I hope there is a companion novel to tell her story of finding love.

A popular conflict in romance novels is emotional struggles. Poor girl began to fear that she had an inconstant heart because of her mixed feelings between the brothers. She thought that she had loved one brother but began to grow feelings for the other. Poor boy feared making attachments because he felt that they would all abandon him in the end.

It is sad to see how abuse has far reaching harmful effects. Whether it be from physical harm or emotional neglect, the effects are not easily overcome.

I really liked the character development. It teaches about second chances and forgiveness. With a belief in these two things, anything can be overcome.
Read more
Helpful
Report abuse
See all reviews

AER
5.0 out of 5 stars Great Novel
Reviewed in Canada on 19 March 2017
Verified Purchase
Great novel. Then again, I always liked novels by Donna Hatch. Her books have depth, they are clean and the attraction (and eventually, the love) is felt between the couple without it (the story) being graphic.
That being said, I enjoyed 'Courting the Countess'. It dealt with themes like trust and communication (and the lack thereof). However as the story continued, little by little these issues were dealt with by Richard and Elizabeth. For a time Elizabeth got on my nerves but I realized her behaviour was a result of her mother's hatred and abuse (which stemmed from other things). Eventually she developed some backbone. Richard was a bit stubborn but his attitude also stemmed from his mother's neglecting her family for another man. The secondary characters were great - even the ones I didn't like.
I would recommend this novel.
Read more
Report abuse

Pat. H
3.0 out of 5 stars Written by an author I usually really like, but main characters are too stupid to live
Reviewed in the United States on 20 July 2017
Verified Purchase
I usually really like books by Donna Hatch but this one was a little too maudlin to be enjoyable.

At a summer house party the h is caught in the garden with a young man with a reputation for being a rake and her brother saw them kissing. All of a sudden there is a duel threatened, her father and mother are raging at her for being so stupid, the young man she thinks is in love with her has not volunteered to marry her, and her reputation is ruined by all the gossip that the party goers will spread as soon as they return to London. The rake's brother, the H who is an Earl, tries to intervene to save his brother's life. He has lost everyone in his family except his brother and he can't bear to risk loosing him too. The h's father is a Duke and he would rather have an Earl for his son-in-law than a second son with a reputation as a rake so he will only call off the duel if the Earl marries his daughter.

The Earl feels honor bound to agree to marry the girl. Unfortunately the h thinks she is in love the brother who is a rake and that he loves her too. She doesn't even know the Earl. The Earl thinks he is in love with the girl he has planned to marry since they were children, and she is definitely in love with him. So their marriage can only cause heart break for all four of the people involved. Also, the Earl's mother left him and his brother when she walked out on his father when he was only a child. Therefore he doesn't trust anyone to not leave him just as his mother did.

The h's mother is actually her step-mother but her father has kept it secret since she was born because her mother was actually his mistress who he loved; she died shortly after the h was born and his wife had a stillborn at the same time so he switched the babies. His wife has hated her all her life and beat her regularly with horse whips, telling her she was stupid, and other insults until the h believed her. And that is just the beginning of the story. Whew!

The rest of the book is a heart wrenching story of guilt and blame. Can the H learn to trust his brother and his wife? Will he ever believe they aren't having an affair? Every time the h and the rake are in the same building the H thinks they are either sneaking off to have a tryst or just returning from one. The H doesn't want to let himself be hurt so he refuses to fall in love with his wife but he has to fight against temptation so much he has to ignore her for days!!!! The poor h is so confused; he is warm to her one day and the next several days he won't even allow himself to be in the same room with her. They don't even consume their marriage for months.

There is a lot more to the story and some good side stories, but overall this is a melodrama that IMHO can be skipped. If you like stories about characters who wallow in self-flagellation this book might be for you.
Read more
3 people found this helpful
Report abuse

TJ Mackay
4.0 out of 5 stars Clean reading at it's best!
Reviewed in the United States on 4 January 2017
Verified Purchase
4.5/5.0
Close to clean regency perfection! If not for just a couple of unbelievable stretches, it would be a resounding 5 stars! The storyline employs some very creative and unique twists - something rare these days with the plethora of regency offerings out there - that make this lovely story absolutely delightful reading.
Those glitches? The fact that Richard and Elizabeth didn't consummate their marriage for MONTHS after the marriage was a bit of an impossible stretch, especially after their problems had been resolved. A story really can stay clean while still allowing a normal marital relationship flourish. That and the slight eye-rolling thread that kept Elizabeth pining after Triston although she had only known him 5 days. Otherwise Ms. Hatch has created a pitch perfect romance!
Read more
3 people found this helpful
Report abuse

nari
4.0 out of 5 stars Another great book by Donna Hatch
Reviewed in the United States on 7 October 2016
Verified Purchase
Donna Hatch is a favorite author of mine and regency books are some of my favorites. I was excited when I saw Donna Hatch had a new book out. Elizabeth has been physically abused by her mother and told that most of what she does is wrong. This treatment leaves her craving love and acceptance. When Tristan Barrett comes along Elizabeth is taken in by his attention and charm. She is very naive and does not realize the consequence of her actions until she is caught in a comprising embrace. Elizabeth's brother challenges Tristan to a duel. Richard, Tristan's older brother, intervenes trying to stop the duel and the only solution Elizabeth's father would agree to is if Richard would marry Elizabeth. Elizabeth believes her and Tristan are in love and Richard has always planned on marrying his childhood friend Leticia Wentworth. Can the two find love with each other when they think they are in love with other people? Can Richard get over trust issues left from his mother leaving when he was a child? Will Elizabeth blossom when she is no longer under her abusive mothers thumb?
I really liked both Elizabeth and Richard. Elizabeth was a survivor who shoulder on even when she felt lonely and abandoned. She was very kind to others misfortune. Richard was a true gentleman and was very protective of those in his care. I was a bit frustrated from time to time of Elizabeth and Richard misconceptions. Overall I enjoyed the story and was very happy with the book by the end.
Read more
7 people found this helpful
Report abuse

Bookwormmom
4.0 out of 5 stars Such a great Recency Romance
Reviewed in the United States on 16 January 2017
Verified Purchase
I have always enjoyed this author's books, and this one is no exception. She does such a great job in bringing the characters to life! I found my heart aching right along with our hero and heroine as they struggled to find trust and ultimately love. It was clean but included some swoon-worthy romance, which I also am a sucker for. Can't wait for more by her, and am hoping we might get to have a story or two about some secondary characters in this book!
Read more
One person found this helpful
Report abuse
See all reviews
Back to top
Get to Know Us
Make Money with Us
Let Us Help You
And don't forget:
© 1996-2021, Amazon.com, Inc. or its affiliates