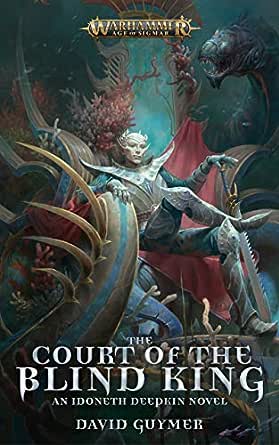 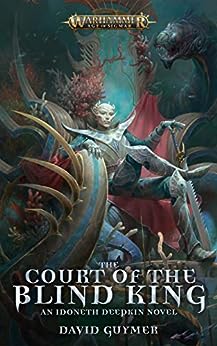 A Warhammer Age of Sigmar novel

The War of Life affects all in Ghyran – even the underwater kingdoms of the Idoneth Deepkin. With battle raging, Prince Lurien seizes his chance to take the Jade Throne of Briomdar – but can he overcome his foes and his fellow Deepkin to claim his prize?

Dive beneath the oceans of the Mortal Realms and discover the politics and life of the Idoneth Deepkin in the first novel to explore their cullture and motivations in depth.

Deep beneath the oceans of Ghyran, in kingdoms forgotten by gods and time and overlooked by the ravages of Chaos, the Idoneth Deepkin endure in bitter solitude. However, the Jade Throne of Briomdar sits empty, its long isolation threatened as never before in its history. The Everqueen’s warsong awakens the forests of both land and sea and everywhere the diseased knights of Nurgle fight to the last foetid breath for the verdant Realm they claim as theirs. But, for Prince Lurien this time of peril is one ripe with opportunity. It will take every drop of wit, guile, and treachery the prince has to overcome not only the myriad foes of the Idoneth, but his fellow Deepkin as well.

David Guymer's work for Warhammer Age of Sigmar includes the novels Hamilcar: Champion of the Gods and The Court of the Blind King, the audio dramas The Beasts of Cartha, Fist of Mork, Fist of Gork, Great Red and Only the Faithful. He is also the author of the Gotrek & Felix novels Slayer, Kinslayer and City of the Damned and the Gotrek audio dramas Realmslayer and Realmslayer: Blood of the Old World. For The Horus Heresy he has written the novella Dreadwing, the Primarchs novel Ferrus Manus: Gorgon of Medusa, and for Warhammer 40,000 The Eye of Medusa, The Voice of Mars and the two Beast Arises novels Echoes of the Long War and The Last Son of Dorn. He is a freelance writer and occasional scientist based in the East Riding, and was a finalist in the 2014 David Gemmell Awards for his novel Headtaker.
click to open popover