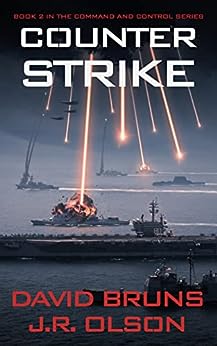 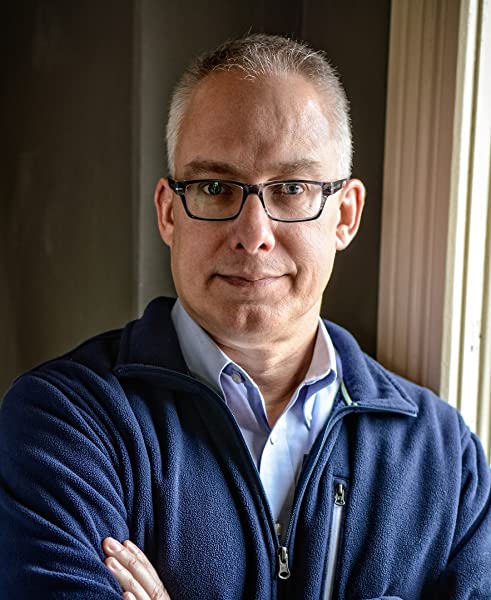 When China launches a blitz attack on the island of Taiwan, the world order hangs in the balance and the CIA must mobilize all forces to prevent the start of World War III.

The operation by the People’s Liberation Army is airtight, with a high-tech battle network that guarantees total occupation within ten days. The United States rallies every available asset on land, sea, and air to launch a desperate counter strike against the occupying forces.

But in order to win, the US is forced to throw out the old playbook. What is required here is speed, audacity, and the application of the most advanced technology in the US arsenal.

As the head of the CIA’s Emerging Threats Group, Don Riley has seen his share of crises, but nothing has prepared him for the choices ahead. With millions of civilian lives at risk, the US must neutralize the Chinese threat without triggering World War Three.

Praise for the authors and the COMMAND AND CONTROL series:

“A fascinating World War Three scenario, and an action-packed story. This is going to be an amazing series!” —Andrew Watts, USA Today bestselling author of The War Planners

"With their background in the U.S. Navy, both Bruns and Olson have the right stuff to create a realistic military tale." ―Booklist

“These two guys have lived it. Now they’re writing it. Taut, tense, and totally believable, you will be dropped into the midst of a world with which few of us are familiar. A fine thriller indeed.” —Don Keith, author of Only the Brave and Final Bearing

“Command and Control is a masterpiece of a military thriller from the first page to the explosive ending…some of the best combat writing I’ve seen since Tom Clancy.” —Jason Kasper, USA Today bestselling author of The Enemies of My Country

"Bruns and Olson deliver an action packed story from the first to the very last page. Torn from tomorrow’s headlines, loaded with intrigue and mystery, a must read for any fan of military techno-thrillers." —George Wallace, author of Warshot and Operation Golden Dawn

J .R. Olson graduated from Annapolis in May of 1990 with a BS in History. He served as a naval intelligence officer, retiring in March of 2011 at the rank of commander. His assignments during his 21-year career included duty aboard aircraft carriers and large deck amphibious ships, participation in numerous operations around the world, to include Iraq, Somalia, Bosnia, and Afghanistan, and service in the U.S. Navy in strategic-level Human Intelligence (HUMINT) collection operations as a CIA-trained case officer. J. R. earned an MA in National Security and Strategic Studies at the U.S. Naval War College in 2004, and in August of 2018, he completed a Master of Public Affairs degree at the Humphrey School at the University of Minnesota. Today, J. R. often serves as a visiting lecturer, teaching national security courses in Carleton College's Department of Political Science, and hosts his radio show, National Security This Week, on KYMN Radio in Northfield, Minnesota.

David Bruns earned a Bachelor of Science in Honors English from the United States Naval Academy. (That's not a typo. He's probably the only English major you'll ever meet who took multiple semesters of calculus, physics, chemistry, electrical engineering, naval architecture, and weapons systems just so he could read some Shakespeare. It was totally worth it.) Following six years as a US Navy submarine officer, David spent twenty years in the high-tech private sector. A graduate of the prestigious Clarion West Writers Workshop, he is the author of over twenty novels and dozens of short stories. Today, he co-writes contemporary national security thrillers with retired naval intelligence officer, J.R. Olson. --This text refers to the paperback edition.

David is a former submarine officer who left the business world behind to write about sci-fi and spies.

After meeting Tom Clancy and reading The Hunt for Red October as a midshipman at the Naval Academy, he spent six years as a commissioned officer in the nuclear-powered submarine force chasing the Russians in the frigid waters of the North Atlantic. When the Soviet Union collapsed, David left the Navy for corporate life. For two decades, he schlepped his way around the globe as an itinerant executive in the high-tech sector, and even did a stint with a Silicon Valley startup.

David is the creator of the sci-fi series The Dream Guild Chronicles and INVINCIBLE, the best-selling tie-in novel to Nick Webb’s Legacy Fleet military sci-fi series. His short fiction has appeared in numerous venues including Compelling Science Fiction, Future Chronicles, and Beyond the Stars.

With co-author Chris Pourteau, David write the sci-fi series, The SynCorp Saga, about the corporate takeover of the solar system.

Find out more and download a free Starter Library at www.davidbruns.com.