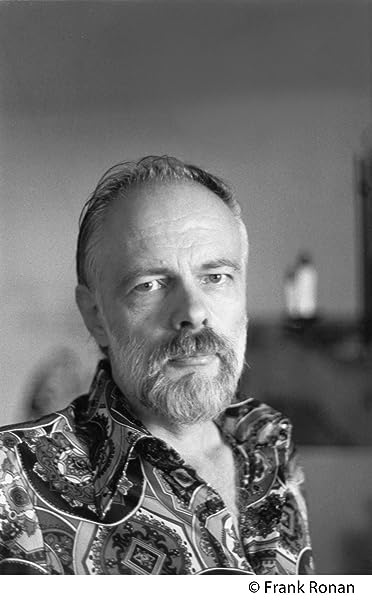 by Philip K Dick (Author)
4.2 out of 5 stars 39 ratings
See all formats and editions
Sorry, there was a problem loading this page. Try again.

'No other writer of his generation had such a powerful intellectual presence. He has stamped himself not only on our memories but in our imaginations' Brian W. Aldiss

'The most consistently brilliant SF writer in the world' John Brunner

Philip K Dick was born in Chicago in 1928 and lived most of his life in California. He attended college for a year at Berkeley. Apart from writing, his main interest was music. He won the Hugo Award for his classic novel of alternative history, The Man in the High Castle (1962). He was married five times and had three children. He died in March 1982.

4.2 out of 5 stars
4.2 out of 5
39 global ratings
How are ratings calculated?
To calculate the overall star rating and percentage breakdown by star, we don’t use a simple average. Instead, our system considers things like how recent a review is and if the reviewer bought the item on Amazon. It also analyses reviews to verify trustworthiness.

Bill
3.0 out of 5 stars Forward to the past
Reviewed in the United Kingdom on 11 October 2008
Verified Purchase
Written the year after the extraordinary 'Three Stigmata of Palmer Eldritch', and a year before the equally brilliant 'Ubik', it's hardly surprising that 'Counter Clock World' tends be overlooked and under-rated. It many ways it's a mess of a novel, built on a premise (time running backwards) that Dick deals with only sketchily - probably because it's unsustainable. Although he plays with the idea of people being disinterred from their graves, and has some fun with regurgitated food and cigarettes smoked from butts to full length, he must have realised fairly early on that in order for the plot to function at all, time still has to move forward, from cause to effect, from order to entropy.

Despite all the flaws, and some tedious chapters where not much actually happens, the book is still - like all Dick's work, however hastily written - well worth reading. And the book certainly picks up around the halfway mark, with some riveting action sequences inside the Library, and a final downbeat, disturbing and memorable scene in the same graveyard where the book begins. Along the way Dick explores race, philosophy and religion, manages to caricature two of his many wives, and (as usual) throws in an entertaining mix of mind-boggling sci-fi inventions and ideas, any one of which would be worth a whole novel on its own.

If you're new to Philip K Dick, then don't start here - try 'Time out of Joint', 'A Maze of Death' or 'Do Androids Dream...', before moving on to 'The Man in the High Castle', 'Martian Time-Slip' and the above mentioned 'Three Stigmata' and 'Ubik'. But if, like me, you're already immersed in alternative Dickian worlds, then you won't be disappointed with this curiosity. 7/10.
Read more
6 people found this helpful
Report abuse

D
5.0 out of 5 stars Classic Philip K Dick
Reviewed in India on 6 June 2019
Verified Purchase
Time moving backwards. People rising from their graves to live. Younging, instead of ageing, and going back to the wombs. People, theology, politics and paranoia explored by one of the greatest masters of SF who turns the idea of linear progression in time on its head... Need I say more?

If you haven't read a P.K. Dick novel, I wouldn't recommend you start with this one, though. Begin with his short stories or novels like The Man in the High Castle or Martian Time Slip.
Read more
Report abuse

Samantha K Krewulak
4.0 out of 5 stars Very cool
Reviewed in Canada on 22 May 2013
Verified Purchase
Eccentric and inspiring ideas are a Philip K. Dick norm, and this story is no exception. This story gives us insight into what our world would be like if people came back from the dead instead of being born, and said "goodbye" instead of "hello." Where the end is only beginning. This appears to be a commentary on the afterlife and how humanity handles loss and change.
Read more
Report abuse
See all reviews
Back to top
Get to Know Us
Make Money with Us
Let Us Help You
And don't forget:
© 1996-2021, Amazon.com, Inc. or its affiliates