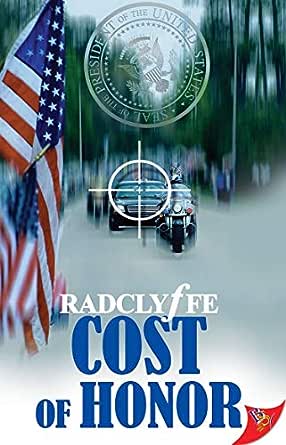 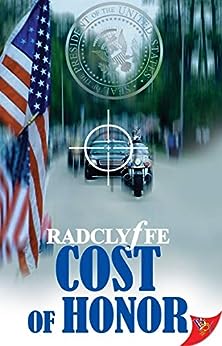 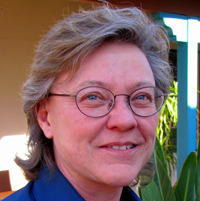 Secret Service Agent Oakes Weaver is in the midst of the biggest assignment of her career—leading the advance team for President Andrew Powell’s impending trip to Philadelphia where everyone expects he will be nominated to run for a second term. The last thing she needs is a tragedy among the president's inner circle that might not be an accident, or the sudden recruitment of Ari Rostof, a woman who might be a lot more than she seems. But Oakes doesn't get a say in policy. She only has to secure the president’s safety—at all costs.

First Daughter Blair Powell and her spouse, Cameron Roberts, are among the reelection campaign members accompanying President Andrew Powell to Philadelphia. While the president may be protected by his Secret Service agents, those close to him are literally in the kill zone, and his adversaries will stop at nothing to further their cause—even mass murder.

Radclyffe has written sixty lesbian romances and has edited fifteen anthologies, including six volumes of the annual Best Lesbian Romance. Her romances have won three Lambda Literary, twelve Golden Crown, and six RWA chapter awards. A member of the Saints and Sinners Hall of Fame, she is also the recipient of the Dr. James Duggins Outstanding Mid- Career Novelist Award from the Lambda Literary Foundation. She is a featured author in the 2015 award-winning documentary film Love Between the Covers, from Blueberry Hill Productions and director Laurie Kahn, which focuses on the power of romance fiction to empower women and create community. Find her on Facebook @Radclyffe.BSB, follow her on Twitter @RadclyffeBSB, and visit her website at Radfic.com.

Roddy
3.0 out of 5 stars No Substance
15 November 2019 - Published on Amazon.com
Verified Purchase
There were some good things about this book. The writing was, as always, excellent, barring some obvious editorial misses. And it was truly enjoyable to ‘catch up’ with so many familiar and beloved characters from past books. And I really WANTED to like it, dammit. Hence the three stars.

But the story between Ari and Oakes was virtually not there. They meet and then, so fast your head spins, they’re an item. And as much as that’s where you might want them to end up, it’s even more unbelievable than your average romance novel. There’s no conflict, virtually no build-up, no road from point A to point B.

Much of this book happens behind the scenes, in fact, and frankly that’s a bit of a cop out. Fiction always requires that you suspend disbelief, but for $10 you expect there to be more than a place-filler story.

Several of Radclyffe’s recent books have left me feeling similarly, as though they’re rushed and not quite fully developed, and I think I may have come to the end of the road with this author. I’ve enjoyed her books over the years for the relationship-building between protagonists; if that’s no longer going to be the focus I will look elsewhere to find it.

Cheryl A Principi
3.0 out of 5 stars Lacks the edge and passion of the other books in the series
14 November 2019 - Published on Amazon.com
Verified Purchase
The books in the Honor series have always seamlessly moved from one to the next. Not this one. You are left with a two year gap without explanation of what happened after the last book ended. Some hint that the shooter is still alive but no discussion of how the assassination of a senator during an election was resolved. A one or two sentence cameo appearance by everyone that could be mentioned to make everyone happy but no real depth beyond the main characters. The plot held no edge or suspense. It was easily solved with no explanation of who planned the incident. The characters lacked the tension that fueled their passion in the other books. A disappointment after the long wait.
Read more
13 people found this helpful

Kindle Customer
2.0 out of 5 stars No depth to story line
19 November 2019 - Published on Amazon.com
Verified Purchase
I really like this series. I have read every book more than once, each time catching a little more depth and detail than on the first read. So I was really looking forward to this latest book. I was so disappointed. Too many characters and no depth to any of them. I could never figure out how the story got from point A to point B. It read like the story was written in a week and was too short. I was surprised at the editorial errors. I expected to have some sort of transition from book 9 to book 10. Author had done that very well with the previous books in the series. While I did not expect the entire book to be about Cam and Blair, I did expect them to have more of a presence. There were a lot of unnecessary characters and story lines. This book is not really worthy of the author or the price.
Read more
9 people found this helpful

Just JD
3.0 out of 5 stars Little disappointed
22 November 2019 - Published on Amazon.com
Verified Purchase
I love the Honor series, but this one fell flat. The story didn’t flow very well. And, while I like the characters from the Justice series and the First Responders series, their presence in this title just felt like a lazy mashup of greatest hits. This was definitely a let down.
Read more
4 people found this helpful

Kindle Customer
4.0 out of 5 stars Missed these characters
14 November 2019 - Published on Amazon.com
Verified Purchase
The Honor Series has always been relevant to today's events a political debates. It's one of the reasons why I fell in love with storyline. In this installment we see a crossover from the Justice Series. It's like character heaven! There's an introduction of a few new characters as we check in with the old. Per usual, there's a lot of action and a lot of love. A combination that Rad has mastered. Loved it!
Read more
One person found this helpful
Go to Amazon.com to see all 25 reviews 4.2 out of 5 stars
Get FREE delivery with Amazon Prime
Prime members enjoy FREE Delivery and exclusive access to movies, TV shows, music, Kindle e-books, Twitch Prime, and more.
> Get Started
Back to top
Get to Know Us
Make Money with Us
Let Us Help You
And don't forget:
© 1996-2020, Amazon.com, Inc. or its affiliates