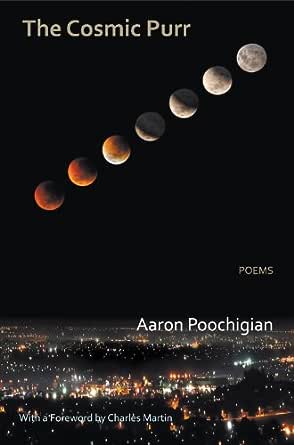 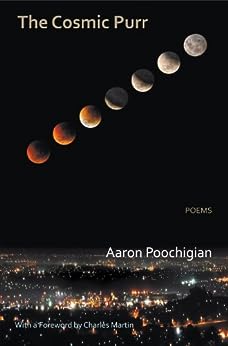 Aaron Poochigian was born in 1973. He attended Moorhead State University from 1991 to 1996 where he studied under the poets Tim Murphy, Dave Mason and Alan Sullivan. He entered graduate school for Classics in 1997 at the University of Minnesota. After traveling and doing research in Greece on fellowship from 2003 to 2004, he earned a Ph.D. in Classics in 2006, and now lives and writes in New York City. His translations, with introduction and notes, of Sappho's poems and fragments were published by Penguin Classics in 2009.

His translations of Aeschylus, Aratus and Apollonius of Rhodes appeared in the Norton Anthology of Greek Literature in Translation in the spring of 2009, and Johns Hopkins University Press published his edition of Aratus' astronomical poem, The Phaenomena, with his introduction and notes, in the spring of 2010. His poetry has appeared in numerous journals, including Arion, The Dark Horse, Poetry and Smartish Pace. --This text refers to the paperback edition.

Jean Maro
5.0 out of 5 stars Cosmic Perfection
Reviewed in the United States on 28 March 2012
Verified Purchase
Charles Martin says in the forward that he found Poochigian's use of direct address refreshing, and I have to agree. I did enjoy feeling included in the poetry. But I also enjoyed the surprising variety of subject matter he covers in his poems- he talked about everything from plumbing to Medusa.

However, what I loved most about the poems is that they are great for reading out loud. While they come across as spontaneous and often conversational, still, as Dick Davis wrote, "Aaron Poochigian's technique is masterly." And it's his technique that makes the poems so readable. When I used to study Shakespearean acting, our teacher often admonished us to enjoy the language, and I find Cosmic Purr easy to enjoy in that way. It's not just the sounds and rhythms that are pleasing. Poochigian's thinking, the way he puts things, and the arguments behind what he says are pleasing too.

I don't usually like modern poetry. Good or bad, I often feel alienated from both the poet and his subject matter. But in Poochigian's poetry there is something for everyone, and, quality-wise, it's superb. It's already one of my new favorites, and I think it will be a favorite for years to come.
Read more
2 people found this helpful
Report abuse

Fijate Eso
5.0 out of 5 stars My New Bukowski
Reviewed in the United States on 17 June 2012
Verified Purchase
I rarely like to compare between artists, and more so between poets, but there are so few writers and poets that managed to create this za-za-zoo feeling in me, and one of them was Bukowski, that I have to mention the similarities.

So when one picks up a poem book, there is a certain expectation of wanting to reach home, wanting to feel that warmth feeling that only real great poets can make you feel, if they are so well experts of their craft. And when those expectations are met, an amazing sense of vibration and satisfaction arise in you, along with great inspiration that you feel you can become just about anything you wish.
All these and more happened to me when I sat down to read "The Cosmic Purr".

I could not put the book down and each time I flipped to another page, the former poem kept haunting me and tried to take over my sight and mind back to the former page.
The language is intense and soothing at the same time and show immense amount of intelligence on behalf of its creator.

Very few are able to put black on white the way Aaron does here. And it is wonderful.
Read more
One person found this helpful
Report abuse

DLW
5.0 out of 5 stars Purring with Contentment
Reviewed in the United States on 25 September 2013
Verified Purchase
The title, Cosmic Purr is perfect. After reading my favorite poems I felt like a cat purring away with contentment. No matter my mood, whether dark or mellow, I found the words to fit the situation. I hope to read more from this poet.
Read more
One person found this helpful
Report abuse
See all reviews
Get FREE delivery with Amazon Prime
Prime members enjoy FREE Delivery and exclusive access to movies, TV shows, music, Kindle e-books, Twitch Prime, and more.
> Get Started
Back to top
Get to Know Us
Make Money with Us
Let Us Help You
And don't forget:
© 1996-2020, Amazon.com, Inc. or its affiliates