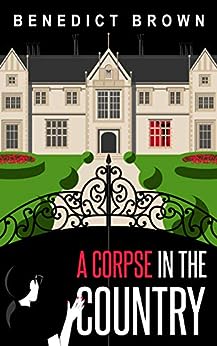 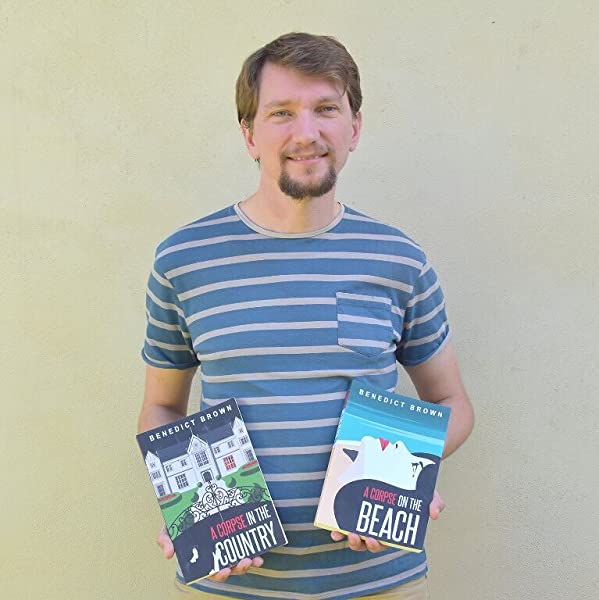 by Benedict Brown (Author) Format: Kindle Edition
See all formats and editions
Sorry, there was a problem loading this page. Try again.
One murdered millionaire, seven suspects and only forty-eight hours to work out whodunit.

Izzy Palmer has always wanted to investigate a country house mystery, she just never dreamed of getting paid £100,000 for the trouble.

Financial tycoon Aldridge Porter was a hard-headed businessman and now he's a stiff-muscled corpse hanging in his library. Each of his children had a reason to want their miserly father out of the way, but was it the golden child, the underachiever, the playboy, the vamp or the waif who stuck the knife in? Unless, of course, the butler did it.

Izzy will need to call on everything that her obsession with detective fiction has taught her to uncover the secrets of Vomeris Hall and the eccentric family who lives there.

“A Corpse in the Country” is the second book in The Izzy Palmer Mysteries. It’s another fast-paced and funny whodunit that delivers a contemporary spin on golden-age crime fiction. If you like the intrigue of Agatha Christie mixed with the humour of Helen Fielding, then this is the series for you.

2- A Corpse in the Country

3- A Corpse on the Beach

4- A Corpse in London

5- A Corpse for Christmas

6- A Corpse in a Locked Room

7- A Corpse in a Quaint English Village

Novellas - All are standalones but fit into the main series in this order...

0 - A Corpse in the Freezer (available free via benedictbrown.net)

6.5 - A Corpse at a Birthday Party (available free via benedictbrown.net)

8.5 - A Corpse Wrapped in Tinsel (Available in the anthology "Clues, Christmas Trees and Corpses")

I’m a Welsh-Irish-Englishman originally from South London but now living with my French-Spanish wife and decidedly European infant daughter in Burgos, a beautiful city in the north of Spain.

Writing has always been my passion. It was my favourite half-an-hour a week at primary school, and I started on my first, truly abysmal book as a teenager. So it wasn’t a difficult decision to study literature at university which led to an MA in Creative Writing.

I grew up in a crime fiction family and had made a few clumsy attempts at writing one over the years before coming up with the idea for my detective Izzy Palmer. My second series, the 1920s set "Lord Edgington Investigates...", has been a great success with each of the books becoming bestsellers.

If you feel like telling me what you think about my detectives, my writing or the world at large, I’d love to hear from you, so feel free to get in touch at www.benedictbrown.net where you can also download free Lord Edgington and Izzy Palmer mystery novellas!

4.4 out of 5 stars
4.4 out of 5
254 global ratings
How are ratings calculated?
To calculate the overall star rating and percentage breakdown by star, we don’t use a simple average. Instead, our system considers things like how recent a review is and if the reviewer bought the item on Amazon. It also analyses reviews to verify trustworthiness.

Alex McCall
4.0 out of 5 stars Quirky fun and enjoyable
Reviewed in Australia on 18 February 2022
Verified Purchase
I stumbled across this author and very happy I did.
I found this book thoroughly enjoyable, I love the main character Izzy (surely it's Miranda :)). The quirky writing, great characters and most importantly the story held me throughout.
I look forward to reading many more.
Read more
Helpful
Report abuse
See all reviews

nogginthenog
5.0 out of 5 stars Stephanie Plum meets Miss Marple - but more fun
Reviewed in the United Kingdom on 6 May 2020
Verified Purchase
Went straight into this after reading the first - how nice not to have to wait! It's just as bonkers and unlikely as the first, but hugely good fun. Good to see I don't have too long to wait until the third one, and that there are some novellas to snack on in the meantime. Seriously impressed by the speed of this bloke's (if he is and it's not a JK-style ruse) writing without any loss of quality.
Read more
One person found this helpful
Report abuse

bookhead
4.0 out of 5 stars Not quite as fresh and original as the first Izzy Palmer cosy murder
Reviewed in the United Kingdom on 11 August 2020
Verified Purchase
Iidentified the person instigating the murde almost as soon as they were introduced Too many heavy hints and pointers Plot too similar to the last book. Shame to take the action away from the gritty urban location. The exposition at the end was far too long, as in the last book. This time around, Izzy shows signs of faux modesty, rather than refreshing self-depreciation . It is enjoyable to read this type of fiction in a contemporary setting, rather than a badly researched period pastiche.
Read more
Report abuse

Lexa L.
3.0 out of 5 stars Still not sure….
Reviewed in the United Kingdom on 28 June 2021
Verified Purchase
These books have quite a lot going for them, but….
Your heroine’s quirky - but she’s not as funny as she thinks she is. The way she goes round the suspects again and again could get very tedious, very quickly. Written in the first person means it’s all very one-dimensional, and I really don’t need Izzy-Brain conversations. I shall persevere, as I’ve read worse early efforts that improved out of all recognition.
Read more
Report abuse

Sarah
5.0 out of 5 stars A fun read
Reviewed in the United Kingdom on 12 May 2020
Verified Purchase
Absolutely fantastic, very well written and lots of fun and laughs. This is the second book in the series, with 2 novellas in between, well worth a read from the start of the series, but would be a good stand alone read too. Can't wait to see what izzy gets up to next!
Read more
2 people found this helpful
Report abuse

George
5.0 out of 5 stars A great lighthearted take on country house detective fiction.
Reviewed in the United Kingdom on 12 July 2020
Verified Purchase
The second full book in the Izzy Palmer series (there is a very good novella in between but it’s not significant to the story) sees Izzy called in to discreetly solve a murder in a country house. Playing on the usual themes of country house detective fiction, Ben Brown delivers another zany and highly entertaining take on the genre, complete with eccentric characters and twists galore. Readers who enjoyed the first book will not be disappointed, and new readers are in for a treat.
Read more
Report abuse
See all reviews
Report an issue
Does this item contain inappropriate content?
Report
Do you believe that this item violates a copyright?
Report
Does this item contain quality or formatting issues?
Report