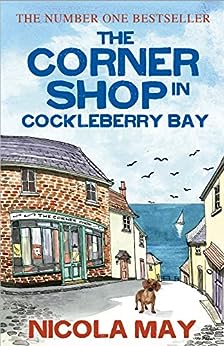 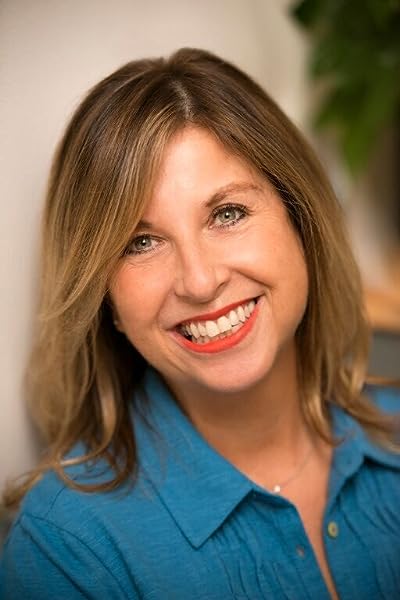 by Nicola May (Author) Format: Kindle Edition
See all formats and editions
Sorry, there was a problem loading this page. Try again.
Amazon reviews for this wonderful series of books:⭐⭐⭐⭐⭐ Brilliant and uplifting could not put it down⭐⭐⭐⭐⭐Simply a fantastic touching read⭐⭐⭐⭐⭐Brilliant rollercoaster of emotions⭐⭐⭐⭐⭐You’ll become quickly addicted to these characters⭐⭐⭐⭐⭐I’m so sad I came to the end. I WANT MORE!

MILLY JOHNSON SAYS: 'A SUNNY, FUNNY, LOVELY STORY GUARANTEED TO WARM THE COCKLES OF YOUR HEART'
"This book is so addictive that you will literally lose 3 hours of your life, and you won't care!" Cara's Book Boudoir
"It’s one of my favourite books of this year so far." That Thing She Reads
"Incredibly well written, this book has completely got under my skin, highly recommended." Top 500 reviewer"
"A fun and flighty read’ the Sun
"A funny and fast-paced romp – thoroughly enjoyable!’" WOMAN Magazine'
"One of those books that I can't stop thinking about way after I've read it!" Kim The Bookworm

Rosa Larkin is down on her luck in London, so when she inherits a near-derelict corner shop in a quaint Devon village, her first thought is to sell it for cash and sort out her life. But nothing is straightforward about this legacy. While the identity of her benefactor remains a mystery, he - or she - has left one important legal proviso: that the shop cannot be sold, only passed on to somebody who really deserves it.

Rosa makes up her mind to give it a go: to put everything she has into getting the shop up and running again in the small seaside community of Cockleberry Bay. But can she do it all on her own? And if not, who will help her succeed - and who among the following will work secretly to see her fail?

There is a handsome rugby player, a sexy plumber, a charlatan reporter and a selection of meddling locals. Add in a hit and run incident and the disappearance of a valuable engraved necklace – and what you get is a journey of self-discovery and unpredictable events.

With surprising and heartfelt results, Rosa, accompanied at all times by her little sausage dog Hot, will slowly unravel the shadowy secrets of the inheritance, and also bring her own, long-hidden heritage into the light.
Read more
Previous page
Next page

Nicola May was made redundant from her event management job, and she resorted to a variety of temping jobs to make ends meet. This became the inspiration for her first novel, Working It Out. Unable to find a publisher, she published that novel herself, achieving the rare distinction of getting it stocked in Waterstones, and went on to self-publish eight more novels, all of which have appeared in the Kindle bestseller charts. Her novels Christmas Spirit and The School Gates won Best Author-Published Read at the Festival of Romance in 2012 and 2014, while Love Me Tinder was ebook of the week in the Sun. Her ninth novel, The Corner Shop in Cockleberry Bay, became the bestselling Kindle book in the UK in January 2019. --This text refers to an out of print or unavailable edition of this title.

Nicola May is a rom-com superstar. She is the author of 15 romantic comedies, all of which have appeared in the Kindle bestseller charts. Two of them won awards at the Festival of Romance, and another was named ebook of the week in The Sun.

The Corner Shop in Cockleberry Bay became the best-selling Kindle book in the UK, across all genres, in January 2019 and is now published in 14 languages. Her Ferry Lane Market series is out now in the UK, The Netherlands and Estonia.

4.4 out of 5 stars
4.4 out of 5
4,910 global ratings
How are ratings calculated?
To calculate the overall star rating and percentage breakdown by star, we don’t use a simple average. Instead, our system considers things like how recent a review is and if the reviewer bought the item on Amazon. It also analyses reviews to verify trustworthiness.

Dogsbody
5.0 out of 5 stars Unbelievable
Reviewed in Australia on 7 July 2020
Verified Purchase
First premise for ANY novel.... the plot must be believable. Why would any grandmother leave a valuable property to her grandchild on the proviso that she in turn must give it away to someone who deserves it ?? That deserving person can then sell the property..... bizarre!!
Read more
One person found this helpful
Helpful
Report abuse

Susan sawyer
5.0 out of 5 stars A lovely read
Reviewed in Australia on 16 June 2020
Verified Purchase
It was a lovely read , it’s been awhile since I had read a book and found this a great introduction back. It was light hearted funny yet you wanted to keep reading to get the answers. And it didn’t disappoint. Throughly enjoyed it.
Read more
Helpful
Report abuse

inimod77
1.0 out of 5 stars Bad writing!
Reviewed in Australia on 26 February 2019
Verified Purchase
I expected so much more, especially after reading all the reviews on amazon.co.uk. Unfortunately this book is just really not very good. I ended up skimming through the pages to hurry things along. The writing is very simplistic and I don't understand how it got so many great reviews. There are much, much better books out there.
Read more
One person found this helpful
Helpful
Report abuse

Susan Feay-Griffiths
5.0 out of 5 stars Lovely
Reviewed in Australia on 24 June 2020
Verified Purchase
What a lovely book. Just so entertaining and natural. I enjoyed it thoroughly. A book to curl up with for a relaxing afternoon.
Read more
Helpful
Report abuse

Mervyn Priestley
5.0 out of 5 stars Worth the read
Reviewed in Australia on 12 July 2020
Verified Purchase
A nice easy read. Keeps you interested but the last twist is a tiny bit obvious
Read more
Helpful
Report abuse

Kim
5.0 out of 5 stars Loved it
Reviewed in Australia on 16 July 2019
Wow what a page turner! Loved it it was soo descriptive it felt like I was there myself! Will def be reading other books from this author. 5 Stars
Read more
One person found this helpful
Helpful
Report abuse
See all reviews

L Allen
3.0 out of 5 stars Ok but can't understand all the 5 star reviews
Reviewed in the United Kingdom on 30 October 2018
Verified Purchase
I found this a pleasant enough light read but was expecting a lot more after seeing all the reviews and felt disappointed. Perhaps it's aimed at a younger audience but I found the characters and plot a bit lightweight and couldn't understand quite how Rosa managed to attract such an audience of admirers without doing or being anything particularly extraordinary. The references to her friend Jack Daniels made me cringe - it may suit an aging rocker like Keith Richards but a slightly naïve girl in her early 20s? I don't think so.
Read more
128 people found this helpful
Report abuse

Ann Rodgers
1.0 out of 5 stars Absolute garbage
Reviewed in the United Kingdom on 21 January 2019
Verified Purchase
if i could give this 0 stars i would! it is predictable, badly written and dull.The characters are nothing more thn names on a page and the story is weak.
Read more
99 people found this helpful
Report abuse

R G
1.0 out of 5 stars Badly produced
Reviewed in the United Kingdom on 7 February 2019
Verified Purchase
This is the worse kindle book ever. Pages are left half filled, words unnecessarily broken in two and linked with a hyphen and it is badly written. Have no desire to finish it.
Read more
95 people found this helpful
Report abuse

Lily Rose Reads
2.0 out of 5 stars Dull in the extreme
Reviewed in the United Kingdom on 30 January 2019
Verified Purchase
Really this book only deserves one star but I've given two because I did not read to the end, although I doubt there would have been an improvement. The story idea and setting are all okay, if very standard stuff, but the writing is dull, and lacks any kind of originality. I just can't understand how this book became a best-seller. Good on the author for pulling that off, but she needs to read some good fiction before she writes anything else.
Read more
66 people found this helpful
Report abuse

Lesley Jones
1.0 out of 5 stars Feeling fooled by this books advertising. Not a good read at all!
Reviewed in the United Kingdom on 7 March 2019
Verified Purchase
Why is everyone talking about this book? How has it sold so many? This is a predictable love story with very little excitement in the whole book. I found it really quite dull and not well written at all and I’m just curious how this book is up there in the recommended lists etc on amazon kindle? Do publishers pump money in to advertising?
Read more
58 people found this helpful
Report abuse
See all reviews
Report an issue
Does this item contain inappropriate content?
Report
Do you believe that this item violates a copyright?
Report
Does this item contain quality or formatting issues?
Report