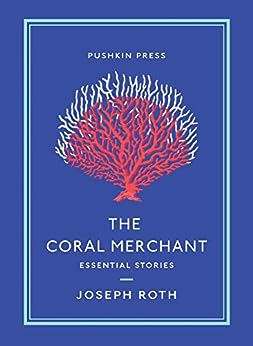 'One of the greatest writers of the first half of the tormented 20th century' -- Simon Schama, Financial Times 'Roth is Austria's Chekhov'--William Boyd 'Joseph Roth is counted among the great novelists of the twentieth century'--TLS

'What Roth sees and hands on is a unique essence, conveying the fragility of what is truly human in us, the ridiculous and the tragic' -- Nadine Gordimer --This text refers to the paperback edition.

Joseph Roth was born into a Jewish family in the small town of Brody in the former Austro-Hungarian Empire. He studied first in Lemberg and then in Vienna, and served in the Austrian army during World War I. He went on to work as a journalist, travelling widely, staying in hotels and living out of suitcases, while also being a prolific writer of fiction, including the novels Job (1930) and The Radetzky March (1932). Roth left Germany when Hitler came to power in 1933 and settled in Paris, where he died in 1939. --This text refers to the paperback edition.

Joel
2.0 out of 5 stars Disappointing
Reviewed in the United States on 15 January 2021
Verified Purchase
Eccentric, but not in an enjoyable way. Not very engaging.
Read more
Report abuse
See all reviews
Back to top
Get to Know Us
Make Money with Us
Let Us Help You
And don't forget:
© 1996-2021, Amazon.com, Inc. or its affiliates