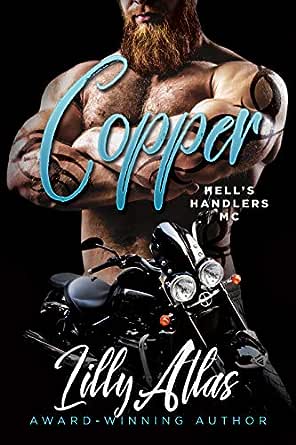 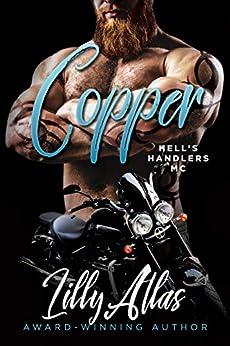 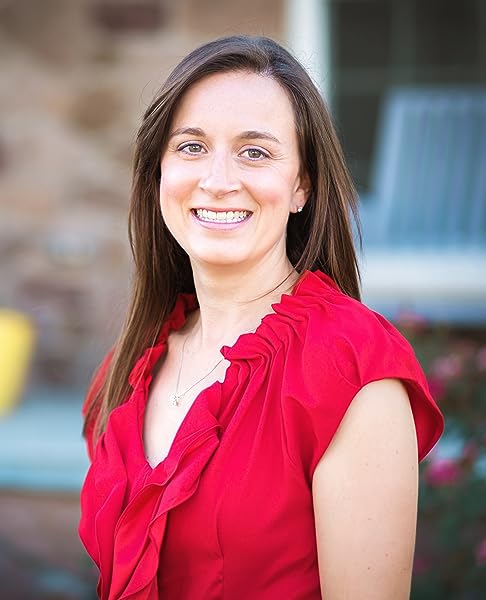 4.8 out of 5 stars
4.8 out of 5
145 global ratings
How are ratings calculated?
To calculate the overall star rating and percentage breakdown by star, we don’t use a simple average. Instead, our system considers things like how recent a review is and if the reviewer bought the item on Amazon. It also analyses reviews to verify trustworthiness.

BK Baines
TOP 500 REVIEWER
4.0 out of 5 stars 4 Stars
Reviewed in Australia on 23 April 2019
Verified Purchase
I'll admit to having really high expectations for this book and for the most part I wasn't disappointed!
Shell and Copper have been dancing around their attraction to each other since book one and we finally delve deeper into why Cop is so hesitant and learn all about Shell's secrets.
I think what annoyed me a little was Shell's determination to hang onto her secrets for so freakin' long, ugh and while I do get why she would be protective of Copper, I did have a couple of eye roll moments. Even with Copper when he finally woke up to his brothers evilness, he rushed off in almost a to-stupid-to-live moment that you wouldn't expect from a Prez of an MC that put him in danger, minor really as the overall story line was gripping.
Copper was a totally sexy, alpha Prez who certainly turned up the heat when he finally decided to start things with Shell. Once he started, he quickly became all-in and wanted to make her his Queen, loved that!!! Shell and Cop had amazing chemistry that lead to some steamy scenes.
I felt like the ending was a little rushed and I had a few unanswered questions like why Lefty had Rusty killed and also the unfinished business with Lefty, maybe this will be continued into future books?!?!
I really enjoyed all the previous characters making their appearances, loved Izzy, she is such a fierce character and still one of my favourites!
Overall a great addition to the series and I can't wait for Rockets book!!!!

Slamdunkslusciousreads
TOP 500 REVIEWER
4.0 out of 5 stars Copper
Reviewed in Australia on 8 February 2019
Verified Purchase
Copper was a great read. The sacrifices and heart break that shell made for copper who was completely unaware was astounding. Shell would do it all again in a heart beat for the man she loved. Copper did not want to want shell he fought his attraction to her for years but when she came back into his life he realised the heart wants what the heart wants and it wanted shell with a passion. Then daekness assended on the club in the form of coppers blood brother rusty and shell new all her secrets would come crashing down on her and she could only pray that copper would understand why she did what she did all those years ago .
These books get better and better and i for one can't wait for the next book in this series.
Read more
Helpful
Comment Report abuse

Inga holden
5.0 out of 5 stars Inga Holden
Reviewed in Australia on 12 February 2019
Verified Purchase
I'm absolutely loved this series and so sad it's the end would have loved a story on rocket and they never got left please dont finish this series yet
Read more
Helpful
Comment Report abuse

Nean
TOP 500 REVIEWER
5.0 out of 5 stars Awesome read
Reviewed in Australia on 22 February 2019
Cooper can’t remember what happened but the next morning tells the boys, Shell is just a kid not realising she was there and could hear and made sure he knew before walking away. Even though he was feeling bad with what happened with Shell, the news his brother was getting out early made everything right.
Shell knew pushing Cooper was bad idea, but she wasn’t talking money from the club, but what he made her feel when he kissed her was worth it, but when it sounded like he was claiming her she knew it couldn’t happen, but they could have some fun.
When Cooper sees her scare from the C section, he lets her know that he knows she has secrets, he wants them all.
It was magical with Cooper, but she knows it won’t be long before she has to leave, some secrets are meant to stay buried and co
but it was magical with Cooper, but there were secrets and what will happen when Cooper finds out about them all. But Shell’s secrets show up sooner than she thought, her friends tell her to tell Cooper, but it would tear him apart. Cooper knows that Shell has secrets and that he should walk away but he can’t, he was going to find out what they were someday, but what happens when he finds out the secrets that affect both him and the Hell’s Handlers.
Read more
Helpful
Comment Report abuse

Elisa
TOP 50 REVIEWER
5.0 out of 5 stars i'm still coming down off the high from this one
Reviewed in Australia on 16 February 2019
been waiting with bated breath for Copper and Shell's story and omg it was so worth the wait and more.
I have never felt so many emotions while reading an MC romance before but damn this was so good, so damn good I cried, I got angry, I cheered especially every time Izzy went all warrior woman that woman just cracks me up and omg little Beth talk about beyond sweet and this is all above Copper and Shell and all the crap they went through so wow just wow and I really hope there is more coming in this series.
Read more
Helpful
Comment Report abuse

Jaymie C.
5.0 out of 5 stars Love. Love. LOVE.
Reviewed in Australia on 22 August 2020
Copper and Shell.
What can I say? I have been waiting to read their story since the first book in the Hell’s Handlers series and let me just say, I was not disappointed!
Shell is sweet, loyal and one hell of a strong woman. She just wants what’s best for her daughter and the man she’s loved since the beginning of time, even if it means sacrificing herself.
Copper is just what you expect in an alpha male, strong, bossy, protective and loyal. The best part of him though would be how he is with his girls, the way he turns into the biggest softie especially around Bethy.
I fell in love with these two characters from the get go, this book sucked me in from the first page and I wish there was more of their story but overall I loved it.
I’d definitely recommend this book, you won’t be disappointed.
Read more
Helpful
Comment Report abuse

Hels Bels
5.0 out of 5 stars Oooouu I hope there is more to come
Reviewed in Australia on 8 February 2019
Loving this MC series and all the characters.
Have read quite a few MC series and still this author brings a freshness and humour that are unique.
Also refreshing is the lack of battle needed through errors of grammar.
Pleeeease keep them coming Lilly ;)
Read more
Helpful
Comment Report abuse

Annette H.
TOP 1000 REVIEWER
5.0 out of 5 stars Beyond excellent
Reviewed in Australia on 7 February 2019
This is one helluva love story!!!
Swoon-worthy Copper is your typical alpha male - tall, handsome, BIG
This is another amazing book by Lily Atlas.
Absolutely recommend this series -loved it.
Read more
Helpful
Comment Report abuse
See all reviews

Kindle Customer
4.0 out of 5 stars Love from afar
Reviewed in the United Kingdom on 11 February 2019
Verified Purchase
Shelly has been infatuated with Copper since she was young. She is 16 years his junior and was his Presidents daughter. Copper watches Shell and she has become a beautiful woman. Shelly and her daughter came home but the past has just blown up in her face. Can she hide her past and have Copper. As usual the answer comes with a kidnap a huge blow up and loads of tears
Read more
Report abuse

hertslionessbooks
5.0 out of 5 stars MC romance at its best!
Reviewed in the United Kingdom on 11 February 2019
Verified Purchase
What can I say...Wow!! ⁣⁣
⁣⁣
Copper was everything I wanted in a story plus more, I knew Cop and Shell’s story was going to be good, I prepared myself for an epic love story.... and Oh My!....the author delivered tenfold
Read more
One person found this helpful
Report abuse

TH
5.0 out of 5 stars Fantastic read
Reviewed in the United Kingdom on 8 February 2019
Verified Purchase
I have been anticipating this book. Sometimes something looked forward to is a disappointment. Not this. It was even better than expected. Oh the emotions. Lilly draws on every one. Such an intense story with believable characters. A real page turner. Loved every word.
Read more
Report abuse

Ann L
5.0 out of 5 stars Action packed
Reviewed in the United Kingdom on 14 April 2020
Verified Purchase
Oh man, this is one story I had been waiting, from the lead ups in books 1, 2 and 3 I knew this was going to be epic and it certainly was. Loved it.
Read more
Report abuse

Helen peters
5.0 out of 5 stars Captivating until the end
Reviewed in the United Kingdom on 1 April 2019
Verified Purchase
This book was brilliant. I have read all four and this could be read on it's own but it means so much more when you understand Copper. Highly recommend
Read more
Report abuse
See all reviews
Get FREE delivery with Amazon Prime
Prime members enjoy FREE Delivery and exclusive access to movies, TV shows, music, Kindle e-books, Twitch Prime, and more.
> Get Started
Back to top
Get to Know Us
Make Money with Us
Let Us Help You
And don't forget:
© 1996-2020, Amazon.com, Inc. or its affiliates