The Convictions of John Delahunt and over 1.5 million other books are available for Amazon Kindle . Learn more
Share <Embed> 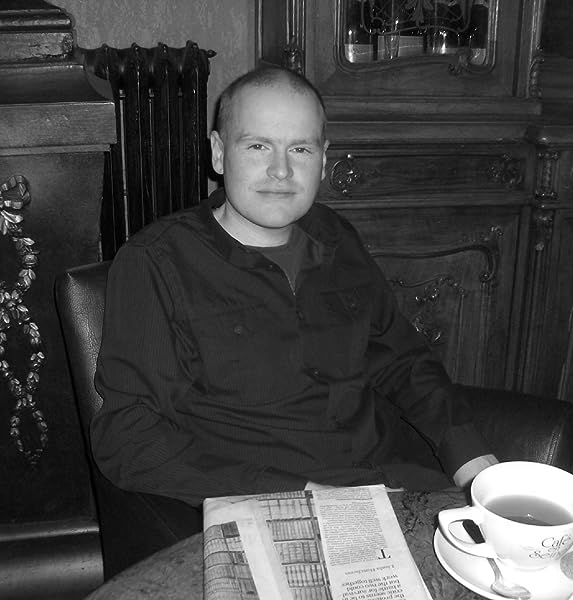 click to open popover
Start reading The Convictions of John Delahunt on your Kindle in under a minute.

Andrew Hughes was born in Ireland and educated at Trinity College. It was while researching his acclaimed social history of Fitzwilliam Square that he first came across the true story of John Delahunt, which inspired his debut novel, The Convictions of John Delahunt. He lives in Dublin.

Drew Dillon is an experienced actor and narrator who has appeared on television shows such as The Hollow Crown, Hollyoaks, and Doctors. He has also worked for major theater companies, including The Old Vic and The National Theatre. Originally from Belfast, Ireland, he currently resides in London.

3.9 out of 5 stars
3.9 out of 5
49 global ratings
How are ratings calculated?
To calculate the overall star rating and percentage breakdown by star, we don’t use a simple average. Instead, our system considers things like how recent a review is and if the reviewer bought the item on Amazon. It also analyses reviews to verify trustworthiness.

History and Women
TOP 1000 REVIEWER
5.0 out of 5 stars A chilling page-turner
Reviewed in Australia on 10 April 2014
In the novel, The Convictions of John Delahunt, author Andrew Hughes takes us deep in the mind of a serial killer. Based on a true story, John Delahunt was a man who was convicted and hanged for the murder of a very young boy in England in the year 1842. He slashed the young boys throat.

The story begins while John is in jail awaiting his execution. He is given an opportunity to write about his life and crimes. Through flashbacks, John reflects on his life and his crimes. Married and in love with Helen, a wealthy young woman whose family disowned her for marrying John. They live in poverty, where every day is an ordea. By chance, John becomes an informant and operative for the corrupt Dublin Castle, a semi-law enforcement agency with ruthless and evil tendencies, using extortion, and even murder to achieve their aspirations. As John becomes ever more dependent and involved in his machinations with Dublin Castle, he falls into a life of crime, and becomes a killer without remorse.

Although this is a very dark, sinister story about a violent and heartless killer, the character of John isn't completely hateful. His brutality is stark and ruthless, but sometimes he is a victim too, and there are moments when the reader will feel sympathy for the particular plight he finds himself in.

The story is not for the faint of heart, but for those who love being thrilled, gripped by an unputdownable book, and who loves reading about the dark side of life, then this is the book for them. This chilling novel is amazing and I loved every page. Simply fabulous.

Clemens A. Schoonderwoert
5.0 out of 5 stars Compelling and Stunning Debut!
Reviewed in the United Kingdom on 6 June 2015
Verified Purchase
This debut novel by Andrew Hughes has been a book which has certainly excelled my expectations.
The complete story has been written in a most exceptional way, for it tells the story about Dublin and life in Ireland in general, and it captivates the reader from start to finish.
The book is set in Dublin mainly in the years AD 1841/42 and it tells the tale of a man called John Delahunt, and about his fortunes and misdeeds.
After several personal incidents, even killing an Italian man called Domenico and framing another man, Cooney, for the murder, this same John Delahunt kills a young boy in Dublin, or so it seems or that he's now being framed himself for the murder by Lyster, but while being an informer and thus being in the pay of the British authorities at Dublin Castle, he thinks he can get away with it again and so he does not fear any punishment at first.
What John Delahunt did not expect is the huge public outcry and which forces the British authorities to arrest and convict him for this horrible crime.
And so in the end John Delahunt decides to tell his tragic tale to all who want to hear, while waiting in his cell in Kilmainham Gaol for the hangman.
What follows is a dark and sinister story of a personal tragedy, of a man who has not only betrayed mostly himself but also his family, friends and society.
Very much recommended for this book is for certain a "Compelling and Stunning Debut"!
Read more
2 people found this helpful
Report abuse

Willow
5.0 out of 5 stars Fascinating, am very impressed!
Reviewed in the United Kingdom on 7 June 2014
Verified Purchase
I was very surprised that this was a debut novel, as it was so well written.
As other reviewers have stated, the central character was really quite unpleasant and self-centred. I must admit, this made a refreshing, if somewhat uncomfortable change, as it took me a while to get into accepting his shockingly, self-serving lifestyle and mainly conscience-free attitude. Saying that, he is fascinating and unnerving, and I couldn't wait to read more of his story.

I am thoroughly looking forward to reading more of Andrew Hughes's work. His attention to the subtle details of each character's movements in order to show their subconscious innermost feelings,and interesting facts of the 1800's make this novel based on true events, a book to really lose yourself in.
Read more
4 people found this helpful
Report abuse

Norman Housley
4.0 out of 5 stars Admirably dense, atmospheric book, shame about the narrator
Reviewed in the United Kingdom on 15 December 2015
Verified Purchase
For a first novel this is terrific and Andrew Hughes deserves these glowing reviews. Fans of Charles Palliser and Iain Pears will lap it up. Hughes provides a similarly rich stew of historical detail and richly observed milieu. He conjures up early Victorian Dublin beautifully. You can see and smell the city. Unfortunately though, the narrator is a deeply unpleasant, borderline sociopath and I for one found reading about his descent into ever more despicable behaviour depressing. So much so that I skimmed the last third - I could see what was coming and found it very uncomfortable. But that's me being oversensitive. If you like a bit of nastiness in your narrative you'll like it.
3.5, but I'm glad it has to show as 4 because the author is one to watch.
Read more
Report abuse

Eva18
1.0 out of 5 stars Bleak, brutal and depressing tale.
Reviewed in the United Kingdom on 5 December 2019
Verified Purchase
The unremitting brutality and squalor of life in nineteenth century Dublin depicted in this book made it difficult to read, and indeed I found it so depressing that I did not complete it. The misery of the murderer and his victims alike in a corrupt and sinister world left a very unpleasant aftertaste.
Read more
Report abuse

Fnoonar
3.0 out of 5 stars The tale of a tell-tale
Reviewed in the United Kingdom on 9 January 2015
Verified Purchase
I gave this book 3 stars rather than 4, only because I disliked the characters so much. Perhaps that's a measure of how successfully the author depicted them - especially the main character and his wife, both of whom it was difficult to feel an ounce of sympathy for. It was an enjoyable read and the author certainly captured the essence of the era vividly, but on reaching the end of the book, it wasn't so much a case of "Ohhh no!" as "Oh well".
Read more
One person found this helpful
Report abuse
See all reviews
Get FREE delivery with Amazon Prime
Prime members enjoy FREE Delivery and exclusive access to movies, TV shows, music, Kindle e-books, Twitch Prime, and more.
> Get Started
Back to top
Get to Know Us
Make Money with Us
Let Us Help You
And don't forget:
© 1996-2020, Amazon.com, Inc. or its affiliates