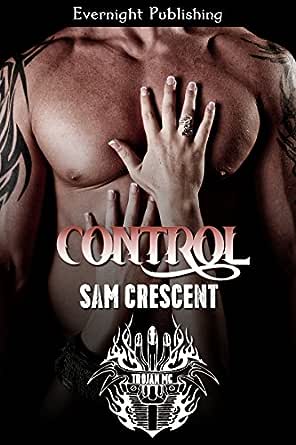 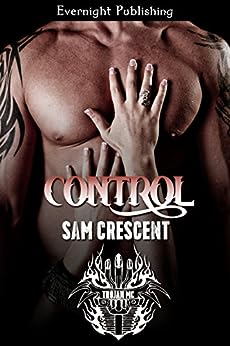 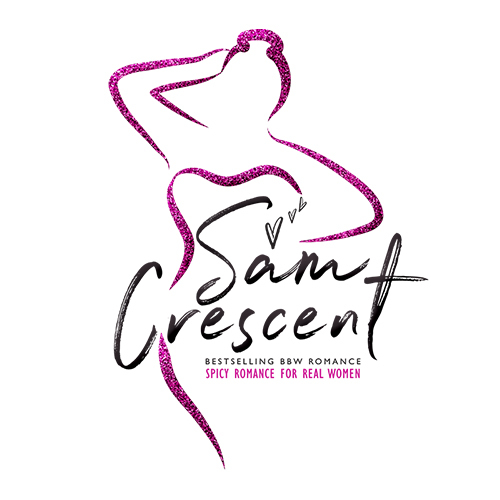 Duke has wanted Holly for a long time but she was too young, too innocent, and he was married. Now, she’s older and he has waited long enough. She is going to be his.

Holly grew up in the MC life. Her father was once president of the Trojans MC before he handed the gavel over to Duke. She refuses to become part of the life like her mother has. Being an old lady is the last thing she wants to become.

He has bided his time and now he will not let her go. Holly is his to control, to fuck, to love. He’ll do everything in his power to claim his woman but what will happen when Holly finds out the truth about the club?

When his ex-wife tries to hurt her, Duke will have to make a choice. Can he kill the mother of his child or will he protect the woman who owns his heart?

Kris
5.0 out of 5 stars The start of something hood
18 January 2020
Format: Kindle EditionVerified Purchase
I read Control and while it’s a stand alone it introduced characters I want to get to know so I guess I’m going to have to get the next book. Look out Mary, Pike won’t give up without a fight.
Read more
Helpful
Comment Report abuse

Neringa
4.0 out of 5 stars Fabulous. A must read!
5 January 2015
Format: Kindle Edition
That was a good start into a new series. I just devoured this book. One second I started first chapter and the next thing I know I'm at epilogue. Damn, that wasn't enough for me. I need more. Much more with all the things happening here. And not only with our H&H, but with other characters too. Curiousity is just killing me. I need next book like yesterday! Damn, Sam knows how to hook you in.

Meet our hot, hardcore Prez of the Trojans, Duke Bane. Damn, the man grabbed my heart from the begining. You just can't help but love and adore him. The way he was with Holly... His respect, loyalty, love towards her. That was just HOT. And sweet. The only way a biker can sweeten you.

And Holly is one of those H you could never be annoyed with. She's just perfect. Perfect for a man like Duke. I don't say that she didn't have her own issues with the club, even though she was born into it. But she really quickly overcome it and go after what she wanted for a long time.

And the claiming part...You know when a biker claims woman as his old lady? Well, damn, thats a smoking tradition Trojans have. That was a scorching part. Hmm, I feel a need to read that again.

Oh, and another thing I want to mention is that, that there is mentioned some names you could recognise, if you are fan of Sams previous work. One of those names I adore and the another one I hated from the begining, when it was appeared in previous books.

Curious? Go find out and fall for another biker club.

Guccigirl35
3.0 out of 5 stars 3.5 Stars
25 June 2018 - Published on Amazon.com
Format: Kindle EditionVerified Purchase
Control...I liked the characters Duke is your Male lead... he is typical alpha, Pres of the Trojans MC. He goes after what he wants and keeps it. Holly is the only one he sees, with eighteen years between them, he has waited for her to turn twenty one He married once due to a pregnancy but never took his ex wife as his old lady. This club has rules when it comes to old ladies, they are to be claimed in front of the entire club. Crescent definitely did the claiming of Holly with style and I dont think it regraded Holly's character in anyway. So if the claiming part offends you then you might not want to read Control but I can say that it was done in a way that showed some respect to the female lead. I believe Holly's mother could of given her better advice on the topic and what was to be expected of her. Overall it was good story not my favorite by Crescent. The storyline was lacking, tons of sexy time between the sheets but I needed more angst. Happy Reading!!!
Read more
2 people found this helpful

Maegan
2.0 out of 5 stars completely forgettable
18 June 2015 - Published on Amazon.com
Format: Kindle EditionVerified Purchase
I honestly have no idea how it got as high a rating as it did. There is little to no plot. You are dumped right into a poorly developed scene and there is no build up, no suspense and certainly no character development. The characters are completely one-dimensional. There was nothing memorable or good about this book. The characters are boring. There is no romance, the sex scenes are boring, and let me tell you it's a very sad day when an author writes boring sex scenes. The relationship is completely unbelievable, and once again there is no development, no tension, no progress... just nothing. There was no depth what so ever to the characters. Maybe if there had been some plot and character development there would have been something to like or even dislike about the male and female characters, but there was just nothing there to form an opinion on. From start to finish this was completely forgettable. Don't waste your time or money.
Read more
4 people found this helpful

JJ67
5.0 out of 5 stars Thrilling, sensual ride into a brand new series!!
12 January 2015 - Published on Amazon.com
Format: Kindle EditionVerified Purchase
Control is the beginning of a new MC series for Sam Crescent, and what a start it is!! Duke and Holly's story was a roller-coaster ride of emotion for me, from start to finish I couldn't put this one down, it hooked me from the first and never let go. I loved Duke's character, a hot, alpha biker who knows what he wants and Holly was everything I love in a heroine strong, determined, independent mind... put those two together and you get some incredibly hot fireworks. I especially loved the way Holly worked through her own inner issues with the club. When it came time for 'the claiming' part in the book... all I can say is bravo, Ms Crescent, for pouring so much well thought out emotion, respect from Duke towards Holly, and class into that entire scene, it came across as wickedly hot and sensual. I'm in love with this series and can't wait for more. If you love a good MC read then you'll love this one, you definitely won't regret it. What a ride!!
Read more
2 people found this helpful

Emily
4.0 out of 5 stars Exciting story, this was one of the better books I have read from this autho
24 May 2015 - Published on Amazon.com
Format: Kindle EditionVerified Purchase
Duke had always been drawn to Holly but she was too young and at that time he had been married. Now Holly is twenty one and rumors are swirling that she is dating a deputy in town. Duke knows the time has come to make Holly his and he knows Holly is going to put up a fight.

Holly had a the old President of the Trojans MC as a father, she knows all about club life and wants no part of it. When Duke makes his interest known, Holly pushes him away but his persistence is slowly paying off.

Exciting story, this was one of the better books I have read from this author. I thought the way Duke gives Holly time even though he knows her fate is sealed already, he makes the effort for her. Great read.
Read more
One person found this helpful

Lisa M.
5.0 out of 5 stars Control Me!
8 January 2015 - Published on Amazon.com
Format: Kindle EditionVerified Purchase
Loved it! Another great job by Sam. She knows how to write a great MC book. Holly 's dad was club President of the Trojan MC and stepped down putting Duke in charge. Holly has secretly had a crush on Duke for years and Duke had always wanted Holly, but she was too young. He decides it's time to get what he's always wanted. Love her innocence and understanding of the club life, even though she thought she always wanted out. Loved Duke's alpha possessive control for Holly. The ex-wife causes some problems but not for long. The sex was hot and he is in control (Sam does this the best in her books). Can't wait for another book, bring on Pike and Mary's story.
Read more
2 people found this helpful
Go to Amazon.com to see all 77 reviews 4.3 out of 5 stars
Get FREE delivery with Amazon Prime
Prime members enjoy FREE Delivery and exclusive access to movies, TV shows, music, Kindle e-books, Twitch Prime, and more.
> Get Started
Back to top
Get to Know Us
Make Money with Us
Let Us Help You
And don't forget:
© 1996-2020, Amazon.com, Inc. or its affiliates