The Consciousness Plague (Phil D'Amato series Book 2) and over 1.5 million other books are available for Amazon Kindle . Learn more 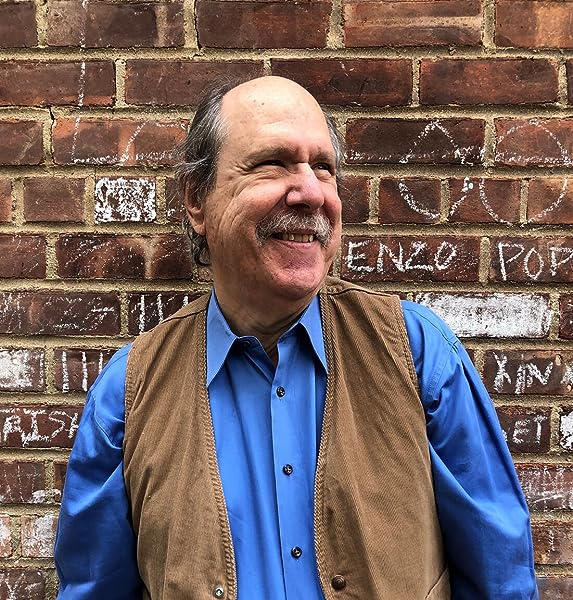 Start reading The Consciousness Plague (Phil D'Amato series Book 2) on your Kindle in under a minute.

Paul Levinson, PhD, is Professor of Communication & Media Studies at Fordham University in NYC. His science fiction novels include The Silk Code (winner of Locus Award for Best First Science Fiction Novel of 1999), Borrowed Tides (2001), The Consciousness Plague (2002), The Pixel Eye (2003), The Plot To Save Socrates (2006), Unburning Alexandria (2013), and Chronica (2014) - the last three of which are also known as the Sierra Waters trilogy, and are historical fiction as well as science fiction. His stories and novels have been nominated for Hugo, Nebula, Sturgeon, Edgar, Prometheus, and Audie Awards. His nonfiction books, including The Soft Edge (1997), Digital McLuhan (1999), Realspace (2003), Cellphone (2004), and New New Media (2009; 2nd edition, 2012), have been translated into twelve languages. He co-edited Touching the Face of the Cosmos: On the Intersection of Space Travel and Religion in 2016. He appears on CNN, MSNBC, Fox News, the Discovery Channel, National Geographic, the History Channel, NPR, and numerous TV and radio programs. His 1972 LP, Twice Upon a Rhyme, was re-issued in 2010. He was President of the Science Fiction and Fantasy Writers of America, 1998-2001. He reviews television in his InfiniteRegress.tv blog, and was listed in The Chronicle of Higher Education's "Top 10 Academic Twitterers" in 2009.

JAK
5.0 out of 5 stars Fascinating concept
Reviewed in the United States on 1 July 2016
Verified Purchase
OK, I'm not a neurologist but neurology is an interest of mine. I'm not sure I buy into the basic premise of this story - that a special antibiotic could affect memory as described in The Consciousness Plague. But, if we just accept the idea as a possibility, then the rest of the book is terrific.

I've been reading a lot of "space operas" and werewolf books lately. The Consciousness Plague was a very pleasant departure from those stories. An honest to goodness detective story with the mandatory murder investigations and with a potentially earth shattering man made disaster in the near future if Phil D'Amato and his team can't get the word out to the right people.

This book was most definitely a good read!
Read more
One person found this helpful
Report abuse
See all reviews
Back to top
Get to Know Us
Make Money with Us
Let Us Help You
And don't forget:
© 1996-2021, Amazon.com, Inc. or its affiliates