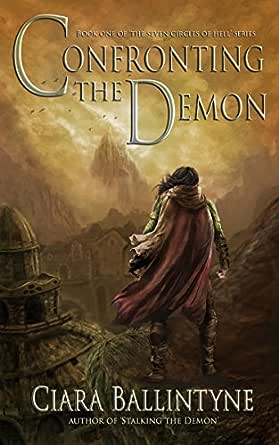 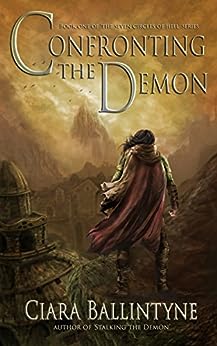 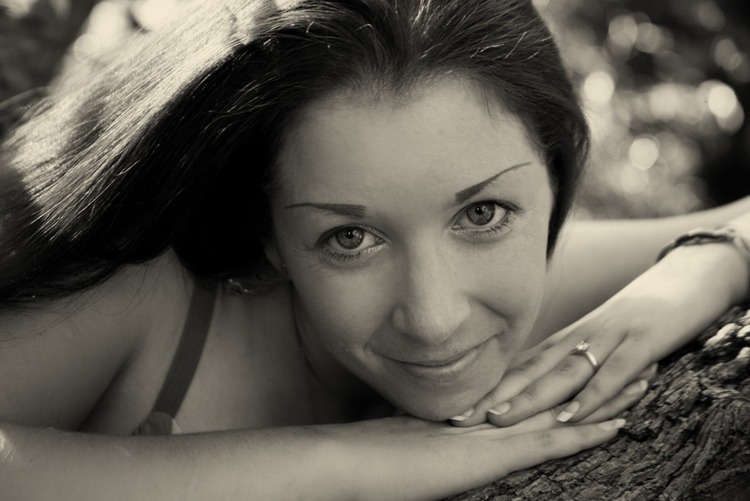 Ciara Ballintyne was born in 1981 in Sydney, Australia, where she lives with her husband, two daughters, one masochistic cat, and one cat with a god complex. She holds degrees in law and accounting, and has been a practising financial services lawyer since 2004. She is both an idealist and a cynic. She started reading epic fantasy at the age of nine, when she kidnapped Castle of Wizardry by David Eddings from her father. Another two years passed before she began her first attempts at the craft of writing. Confronting the Demon is her debut book. She enjoys horse-riding, and speculation about taking over the world. If she could choose to be anything it would be a dragon, but instead she shares more in common with Dr. Gregory House of House. M.D. --This text refers to an out of print or unavailable edition of this title.

E. J. Dawson
4.0 out of 5 stars Great Writing
Reviewed in Australia on 31 May 2020
Verified Purchase
The writing in this is really good, the magic system interesting but I had a hard time connecting to the characters and plot. The detail within the very beautiful writing sometimes bogged down the action, meaning an initial scene with a body became a swath of while very good writing, still ties down too much the character arc, and then makes the dialogue a little stilted.
Read more
Helpful
Report abuse
See all reviews

HollySoall
4.0 out of 5 stars Demons and magic? I'm in.
Reviewed in the United States on 25 February 2018
Verified Purchase
First off, this is one of the shorter stories on offer by this author, but it's definitely not the worst. I finished it in about an hour and half's reading time, and I found it to be a right great little romp.
Firstly, you have Alloran. While the story isn't long enough to really allow you to bond with the character, his story is intriguing. I would love to know what that Imp really got up to, but I guess the glossed-over details are all we're going to get on the subject.
I found Gisayne to be mildly annoying and immature. Yes, wizards live to be at least a hundred – Alloran mentions a hundred-year friendship being broken a couple of times – but she's just 21. And annoying with her 'I can do anything until I get into trouble' personality. I think the final result of the confrontation with Ladanyon will do her some good.
The story sets a good pace, not too fast or slow, and the settings, while not detailed in their description, offer enough for me to fill in the blanks – my kind of description.
If you're looking for a quick commuting book, definitely give Confronting the Demon a go.

First reviewed on the Beyond the Words podcast.
Read more
Report abuse

Just A. Reader
5.0 out of 5 stars A Swift Read
Reviewed in the United States on 28 September 2013
Verified Purchase
I read the kindle version and enjoyed the story and the writing. I do know Ciara so this is not a formal review. . . more of a happy turn of events being able to recommend the book. I don't read many fantasy novels (except for some of the big icons in the field like The Lord of the Rings, most of The Wheel of Time series) so this novella was a delight because it beat every expectation . . . If you like fantasy, you'll enjoy this short novella. It has some gruesome descriptions of the remains left after hellcats and bad wizards happen to good people and a suspenseful set-up with bold confrontations; the characters are interesting (need more tales in this world) and the narrative kept me reading to the end in one sitting.
Read more
4 people found this helpful
Report abuse

Elizabeth Corrigan
4.0 out of 5 stars Thought-provoking fantasy
Reviewed in the United States on 9 December 2013
Verified Purchase
“Confronting the Demon” contains two stories, a novella of the same name and a short story called “A Magical Melody.”

“Confronting the Demon” tells the tale of the wizard Alloran, who is hiding out in the city of Ehsan after his once-friend Ladanyon framed him for summoning demons and murdering people. When a number of demon-murdered bodies start cropping up in his path, and his young girlfriend Giselle comes looking for him, Alloran must decide whether he is willing to risk his life and that of those around him to confront his enemy. Overall, I enjoyed the story a great deal, because it deals with a number of interesting themes. Alloran has chosen cowardice in his recent life, for legitimate reasons, and he must decide whether he is willing to take the risks necessary to be brave. This leads to a conflict that continued to hold my attention throughout the whole story.

In “A Magical Melody,” composer Avram must find a stolen piece of magical music that has the potential to do great harm to whoever has taken it if the magic gets out of control. I enjoyed this story even more than “Confronting the Demon,” probably at least in part because I have some background in music, and I enjoyed the idea of magical music. I don’t want to give any spoilers, but I liked how the theft highlighted the relationships that the unattractive Avram had with the women in his life.

Overall, I recommend both “Confronting the Demon” and “A Magical Melody” to anyone who enjoys thought-provoking fantasy stories.
Read more
Report abuse

Christopher Mentzer
5.0 out of 5 stars A finely written story!
Reviewed in the United States on 4 March 2014
Verified Purchase
I've known Ciara via social media for several months now and have always enjoyed her writing tips. When "Confronting the Demon" came out, I wanted to see just how good she was at writing a story. I've met authors who seem worthy of giving advice but it came to writing their own books, the story falls flat.

Not true with this story. Confronting the Demon is a well-written story and the characters are well-developed that you care very much about what happens to them in the story. My favorite part of this story is how she wrote the arrival of the demon. In most stories, a portal opens and a human sized demon walks out. In Ciara's story, you are amazed of the size of the demon just by the length of time it takes to bring itself in the mortal realm. Tendril after tendril comes through giving it enough leverage to finally pull itself through the opening. This is suspense at its finest! With all of the wizards, including Alloran and Gisayne, trying to keep the demon at bay while defeating the antagonist, Ladanyon. and closing the gate; there is a sense of fatigue that comes upon the reader when it's over. High praise for Ciara and her style of writing!

The additional story, A Magical Melody, was just as entertaining and well-written. I'd love to read more about both sets of characters from these two stories and look forward to more novels in the future.
Read more
Report abuse

The Book Dragon
5.0 out of 5 stars A well-written dark fantasy
Reviewed in the United States on 17 May 2015
Verified Purchase
I wasn't sure what to expect with this book, and it is too close to horror for my tastes, but the writing was so good, and the situation so compelling, I had to keep reading to find out what happened. For such a short fantasy, there is a LOT happening here: magic, evil demons, murder mysteries, false accusations, intrigue, and a flawed but likeable protagonist desperately trying to keep his "addiction" to forbidden knowledge under control so he doesn't become like the antagonist. The violence is a bit too graphic and there are just a few too many mild curse words for me to recommend this as a "clean" read. (If it was a movie it would be the upper limits of PG-13, so definitely not for younger readers.) I'm glad I read it, because Ms. Ballintyne is a master of sensory details and characterization.
Read more
Report abuse
See all reviews
Back to top
Get to Know Us
Make Money with Us
Let Us Help You
And don't forget:
© 1996-2021, Amazon.com, Inc. or its affiliates