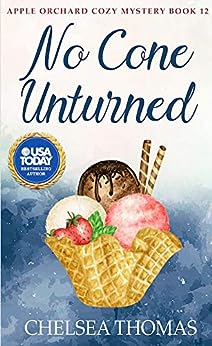 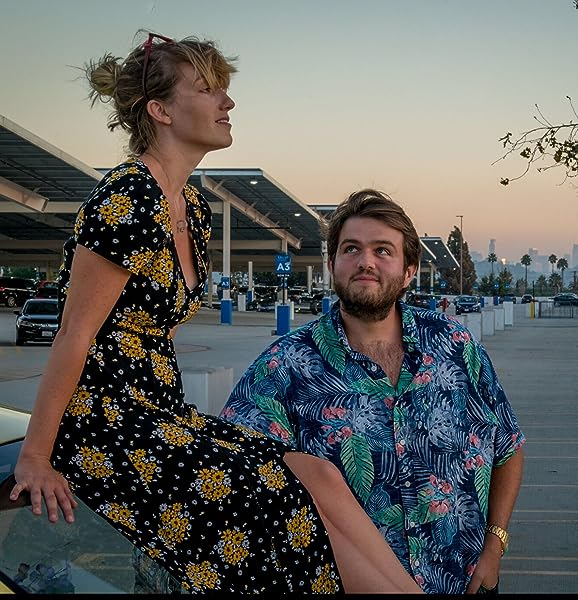 But what happens when the loan shark gets murdered and everyone in town had a reason to kill?

Pine Grove is a comfy place. The kind of town where every living room has a giant, over stuffed armchair, and where there's a pie in every oven, and where happy kids run and play frisbee in the field...

...but all this murder is a problem.

Miss May used to be a lawyer and she's teamed up with her niece, Chelsea, to solve lots of murders so far. At first, the investigations almost felt easy, and each new mystery helped Chelsea get over her disastrous heartbreak. But lately the cases have been getting more and more difficult, and the stakes are getting higher with each new killer...

This time, the girls feel like they're back at square one. They don't have any information, they don't have any suspects, and the cops are threatening to lock Miss May up for obstruction of justice... or worse.

Yes, this murder happened at the local creamery. It's a crime against ice cream. And sprinkles! And whipped cream. But someone's hot fudge sun-dead and it's up to our girls to find out.

Will our heroines find the killer? Or will this be the first suspect to get away?

You'll love this clean cozy because everyone loves suspenseful mysteries with lots of humor.

Get it now.
Read more
Previous page
Next page

Everyone loves a secret.

Matt and Chelsea write cozy mysteries set on an apple orchard in upstate New York. They also write television and film. As screenwriters, they have worked with several studios, including Nickelodeon, SONY and CBS.

Chelsea and Matt are graduates of Duke University and they are members of the Writers Guild of America. And they’re USA Today Bestselling authors.

WaWoman
5.0 out of 5 stars The Same But Different
Reviewed in the United States on 18 September 2021
Verified Purchase
So many murders in Pine Cove. Why do I keep reading the series? Because I love the main characters and their relationships with each other. Because it's good, clean fun. Because there's possible romance involved. Because I enjoy the familiar and not always being able to figure out whodunit.
Read more
Report abuse

Kindle Customer
4.0 out of 5 stars Love of money
Reviewed in the United States on 29 October 2021
Verified Purchase
Liked the story and plot. Teeny’s character was a bit annoying in this one, not a fan of hers. Could May have a boyfriend soon? Would have been 5 stars except I have a problem with Teeny and tend to skip over parts of the book.
Read more
Report abuse

Kristine Cox
5.0 out of 5 stars Delightful Murder Mystery
Reviewed in the United States on 2 November 2021
Verified Purchase
A landlord is dead and a motley but fun trip of women are on the case. With plenty of twists and turns, the ladies romp through intrigue keeps them busy and the reader anxiously entertained clear to the end.
Read more
Report abuse

SweetRead
5.0 out of 5 stars Outstanding
Reviewed in the United States on 22 June 2021
Verified Purchase
Just when I think the books in this series can't get any better, they do. The ending was a complete surprise! I highly recommend!
Read more
Report abuse

Amazon Customer
5.0 out of 5 stars Awesome
Reviewed in the United States on 22 July 2021
Verified Purchase
This was another great book in the series! Th s one had me stumped ! Too many suspects 🤪but again she totally got me
Read more
Report abuse
See all reviews
Back to top
Get to Know Us
Make Money with Us
Let Us Help You
And don't forget:
© 1996-2021, Amazon.com, Inc. or its affiliates