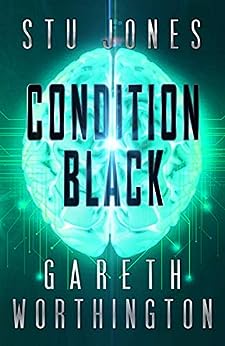 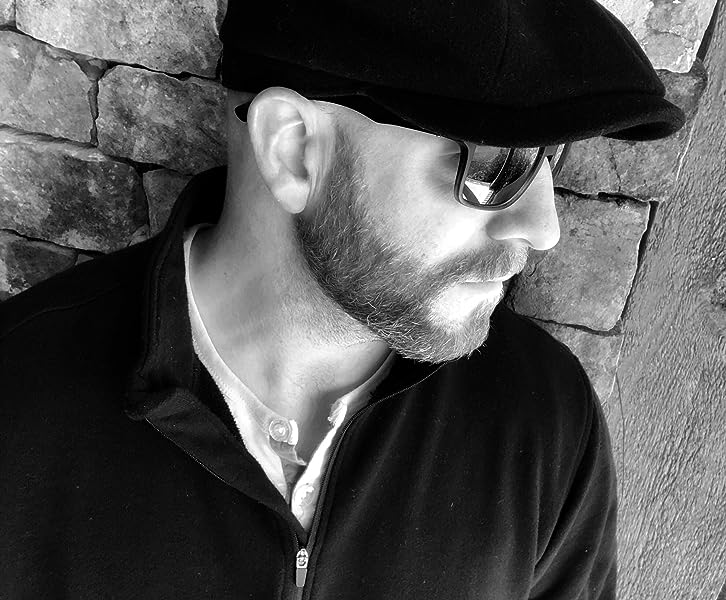 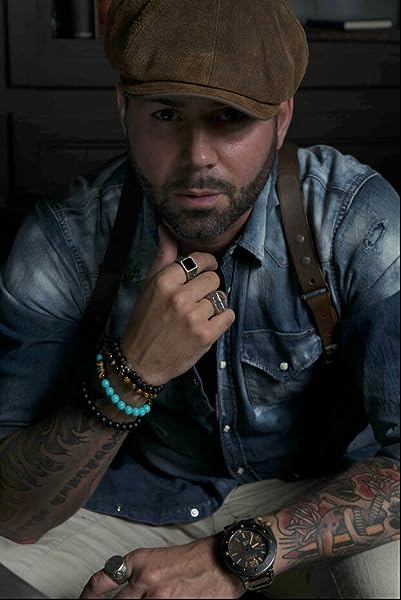 "Like Dark Matter by Blake Crouch, this book is revolutionary. Incredible." Jonas Saul, author of the best-selling Sarah Roberts series.

"Condition Black provides such an exceptional read. It's highly recommended for fans of technothrillers who want a firm marriage between psychological depth and unpredictable action, all grounded by ethical concerns that challenge each character to reach beyond his skill set and comfort zone." Diane Donovan, Midwest Book Review.

A veteran law enforcement officer, Stu has served as a beat cop, narcotics, criminal investigations, as an instructor of firearms and police defensive tactics and as a team leader of a multi-jurisdictional SWAT team. He is trained and qualified as a law enforcement SWAT sniper, as well as in hostage rescue and high-risk entry tactics. Recently, Stu served for three years with a U.S. Marshal's Regional Fugitive Task Force - hunting the worst of the worst. He is the author of multiple sci-fi/action/thriller novels, including the multi-award-winning It Takes Death To Reach A Star duology, written with co-author Gareth Worthington (Children of the Fifth Sun, A Time for Monsters). Known for his character-driven stories and blistering action sequences, Stu strives to create thought-provoking reading experiences that challenge the status quo. When he's not chasing bad guys or writing epic stories, he can be found planning his next adventure to some remote or exotic place. Stu is represented by Italia Gandolfo of Gandolfo-Helin-Fountain literary, New York.

Gareth Worthington holds a degree in marine biology, a PhD in Endocrinology, an executive MBA, is Board Certified in Medical Affairs, and currently works for the Pharmaceutical industry educating the World's doctors on new cancer therapies. Gareth is an authority in ancient history, has hand-tagged sharks in California, and trained in various martial arts, including Jeet Kune Do and Muay Thai at the EVOLVE MMA gym in Singapore and 2FIGHT Switzerland. He is an award-winning author and member of the International Thriller Writers Association, Science Fiction and Fantasy Writers of America, and the British Science Fiction Association. Gareth is the author of award-winning, genre-spanning novels designed to explore social issues. He most enjoy's writing with Stu Jones (the Action of Purpose trilogy), as he feels they capture lightening in a bottle. Born in England, Gareth has lived around the world from Asia, to Europe to the USA. Wherever he goes, he endeavors to continue his philanthropic work with various charities. Gareth is represented by Renee Fountain and Italia Gandolfo at Gandolfo Helin Fountain Literary, New York. --This text refers to the paperback edition.

Tricia Varosky
5.0 out of 5 stars The Autistic Rep you didn't know you needed in your life.
Reviewed in Canada on 18 April 2021
Verified Purchase
As scientific advancements occur in our own world, it’s a bit surreal to catch a glimpse into a world we might be heading towards. While we might not end up living in a country under martial law, the medical and general scientific advancements in this story are real life goals. Medical advancements that allow us to fight cancer – and potentially any diseases that come our way? Absolutely! Better understanding the human mind and how it works? Yes, please!
This story is fast paced and action packed. While a game of chess between a John Hopkins researcher and an army veteran might not seem the most thrilling, it is. When it’s a fight between life and death – of not only yourself and your loved ones but everyone everywhere – you can’t afford to make mistakes. Every action has consequences and every step you take counts.
If you’re looking for a feel good book that’s going to make you smile, this isn’t it. But. If you’re looking for a thrilling, action packed read, you should check this story out.
Added to this the fact that Evan is on the spectrum, I truly believe that this book has amazing neuro-divergent representation. I cannot speak for Autistic people as I am not Autistic myself, but as a neuro-divergent person myself I definitely related to the way Evan looks at and interacts with the world. While I read I found myself nodding along to some of the ways that Evan dealt with being over stimulated and hyper fixating on things. More books need amazing representation like this.
Read more
Report abuse

Avonna
5.0 out of 5 stars 5 Star Thriller!
Reviewed in the United States on 29 April 2021
Verified Purchase
CONDITION BLACK by Stu Jones and Gareth Worthington is an intense thriller which is part techno-thriller, part medical thriller, part terrorist thriller that I could not put down! Set in the United States of the future fraught with terrorist attacks, the nation is now under a form of lockdown and the military has broad domestic powers.

Evan Weyland is a brilliant research scientist working on new technologies to fight cancer. Evan is also on the autism spectrum. His wife, Marie is world renown foreign war correspondent and the light of his life. When Marie returns from Syria with an unknown bacterial disease, Evan will do anything to save her.

Captain Billy Vick is in the Army’s Criminal Investigation Command and has an unwavering sense of justice. Billy still flashes back to the horrors of past deployments and the death of his best-friend, but his loving wife and sons keep him grounded and are the reasons he took a position stateside. Billy’s unit receives intel that ties the return of a sick journalist from Syria with an air-strike sanctioned by the US on Syrian civilians. He fears a military project called Omega has resurfaced and it can kill millions.

Both men are pitted against each other as Evan tries to save his wife and Billy tries to stop him.

WOW! This is an intense, edge-of-your-seat thriller that was impossible for me to put down. The state of the US in this book and all the ethical questions regarding both personal freedoms and bio-medical research and uses bring a scary realism to this thriller. Evan’s characteristics and depiction show the authors did their research on people on the autism spectrum. Billy is a patriot and hero who believes in doing the right thing no matter the consequences. Even as they are pitted against each other, you cheer for both of them. The plot has many unexpected twists and leaves you with many thought-provoking ethical questions with memorable characters, good and bad.

I highly recommend this standalone thriller! I am looking forward to reading more from these authors.
Read more
One person found this helpful
Report abuse

Sue S
1.0 out of 5 stars Too dark
Reviewed in the United States on 3 May 2021
Verified Purchase
This book is awful. The premise is good. But the characters lack depth and the scene is a dystopian earth. Does not end well.
Read more
2 people found this helpful
Report abuse
See all reviews
Back to top
Get to Know Us
Make Money with Us
Let Us Help You
And don't forget:
© 1996-2021, Amazon.com, Inc. or its affiliates