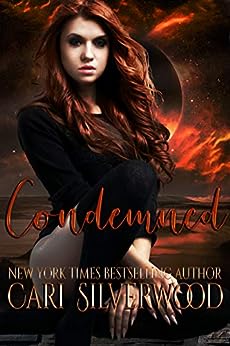 Mozzy
TOP 500 REVIEWER
5.0 out of 5 stars Really enjoyable
Reviewed in Australia on 27 September 2019
Verified Purchase
Wow what a great book this was to read. I just loved everything about this from the era of time and the different species of people. One thing i didnt understand though was why Avalon's Uncle was out to kill her, but i guess its a moot point really.

Avalon has been caught trying to steal a Claw, which is a artifact. She realies that she has been set up by her Uncle, but now these four warriors will take her how and where they like. Somewhere along the way the feelings of escape go away and she wants to stay with these men. But danger still lurks unbeknown to her and the men.

7495alice
TOP 500 REVIEWER
5.0 out of 5 stars Good book
Reviewed in Australia on 8 November 2019
I really liked this book and will look for more by this author
Read more
Helpful
Report abuse

Kindle Customer
5.0 out of 5 stars Great story
Reviewed in Australia on 2 December 2020
Verified Purchase
What a ripper of a story! Strong storyline with a background story that keeps you wondering with each turn of the page. Avalon is a quirky thief fmc and her harem is lightly resistant to her charms but slowly fall. Love the ending, a must read
Read more
Helpful
Report abuse
See all reviews

Paperback Dinosaur
5.0 out of 5 stars Sometimes it's good to be Condemned!
Reviewed in the United Kingdom on 28 August 2019
Verified Purchase
Normally I don't read R.H. - I find they tend to be soppy, sweet and dull - the males just clones of each other. Condemned however is a Cari Silverwood book and she doesn't do soppy, sweet and dull. Oh no, Condemned has claws (and fangs, and chains).

The four males are mauleon, each is very distinct in looks, personality and outlook. Our heroine Avalon (part human, part mauleon) is one badass, who tends to make bad decisions. Condemned is a well written, quite addictive read. It has some smokin hot moments, a well thought-out plot with twists, a good dose of snark and plenty of humour (the pale rider revelation is a hoot). Cari has again created a phenomenal world filled with unique and diverse characters and awesome, easy to understand technology - and that's what sets this book apart from most R.H. books.

I wonder where Cari will take us next?
Read more
2 people found this helpful
Report abuse

Louise H - "Life In The Book Lane" Book Reviews
5.0 out of 5 stars This is a reverse harem book for people who don’t like reverse harem!
Reviewed in the United Kingdom on 27 July 2019
Verified Purchase
Condemned is unlike most (any?) RH story you will have read (or not read) before and it should be top of your TBR list. Reverse Harem has been one of those ‘things’ that seems to have become huge (no pun intended) in the romance world over the last few years. I have to say unless they are part of a series, for a variety of reasons, I had rather given up on them.

The vast majority of books in the genre have zero male character development and I have all on trying to remember which guy is currently featured or to find ANY plot in between all the sex scenes. Well Condemned turned all those preconceptions on their head. This author refused to stick to the formulaic 1 sex scene with each, a couple of MFM scenes and then one sex scene with all of them as the grand finale. No this author GAVE THE BOOK A PLOT! Imagine that, she actually wrote a story with action, adventure, dastardly plots against the heroine, sweet little moments, some darn kinky sex but not too much and 4 distinct male characters who actually quite liked the heroine! How dare she?!! (That last bit is tongue in cheek)

I really had a soft spot for Zo (who, for a sadist, was quite tender) and Kondio… Oh also the very troubled Timin and I guess, in the end, the aloof and cold Takk wasn’t too bad either. These men all had their own distinct personalities, their foibles, strengths and weaknesses. Four battle damaged, weary Mauleons looking for some peace and quiet in which to live out the rest of their days. And all it took to mend their broken souls was one unwanted, unloved and uninhibited Huleon girl thief called Avalon. Well that and rescuing her from certain death by impalement.

We get a pregnant scythefox, a mousebot called Nibbles (who may just steal the show a little), assassins, a religious sex cult, a runaway ‘lovemaking’ machine and a strange prophecy that all add colour, texture and flavour to this wonderful story. We get salacious kinkiness, plenty of humour, a quirky plot that never fails to captivate or surprise and piercings. If you've ever read Terry Pratchett's discworld and wished for something similar but naughtier, dirtier and with piercings then you will LOVE this book.

**Condemned has the same setting as Ruled, though there is no overlap between the two stories and it can be read standalone.**
Read more
Report abuse

Lokisgirl80
5.0 out of 5 stars Must read!
Reviewed in the United States on 1 September 2019
Verified Purchase
After stealing the Claw of Truth relic, Alavon has been sentenced to die only to be saved by four mauleon males who know how to save her but will she be willing to pay the price?

Condemned by Cari Silverwood is one of those books you read the blurb and go 'huh? Will I really enjoy a book about alien beasts' the answer is 'yes, you will!'

The thing I love most about any of Cari's books apart from her style of writing, storylines and her amazing imagination, is that just when you think you've figured out her style and think she cant push your boundaries any further, she does, in a way that you least expect it.

I would recommend Condemned to anyone who loves Sci-fi fantasy but take note of the publishers note because it's all that and more!
Read more
One person found this helpful
Report abuse

Sean Taylor
5.0 out of 5 stars Sexy and Suspense all in one
Reviewed in the United States on 28 July 2019
Verified Purchase
Avalon is caught with nowhere to go until four war ravaged Mauleons decide to save her from a nasty fate. Each man has his own story to tell and as their journey progresses Avalon finds she is falling for all of them.
Read more
One person found this helpful
Report abuse
See all reviews
Back to top
Get to Know Us
Make Money with Us
Let Us Help You
And don't forget:
© 1996-2021, Amazon.com, Inc. or its affiliates