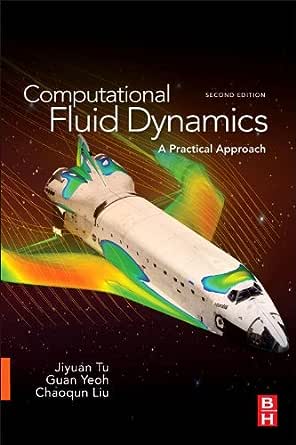 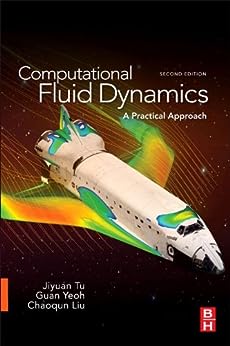 Guan Heng Yeoh is a professor at the School of Mechanical and Manufacturing Engineering, UNSW, and a principal research scientist at ANSTO. He is the founder and editor of the Journal of Computational Multiphase Flows and the group leader of Computational Thermal-Hydraulics of OPAL Research Reactor, ANSTO. He has approximately 250 publications including 10 books, 12 book chapters, 156 journal articles and 115 conference papers with an H-index of 33 and over 4490 citations. His research interests are computational fluid dynamics (CFD); numerical heat and mass transfer; turbulence modelling using Reynolds averaging and large eddy simulation; combustion, radiation heat transfer, soot formation and oxidation, and solid pyrolysis in fire engineering; fundamental studies in multiphase flows: free surface, gas-particle, liquid-solid (blood flow and nanoparticles), and gas-liquid (bubbly, slug/cap, churn-turbulent, and subcooled nucleate boiling flows); computational modelling of industrial systems of single-phase and multiphase flows.

Dr. Chaoqun Liu received both BS (1968) and MS (1981) from Tsinghua University, Beijing, China and PhD (1989) from University of Colorado at Denver, USA. He is currently the Tenured and Distinguished Professor and the Director of Center for Numerical Simulation and Modeling at University of Texas at Arlington, Arlington, Texas, USA. He has worked on high order direct numerical simulation (DNS) and large eddy simulation (LES) for flow transition and turbulence for over 30 years since 1989. As PI, he has been awarded by NASA, US Air Force and US Navy with 50 federal research grants of over 5.7106 US dollars in the United States.. He has published 11 professional books, 120 journal papers and 145 conference papers. He is the founder and major contributor of the third generation of vortex identification methods including the Omega, Liutex/Rortex, Liutex-Omega, Modified Liutex-Omega, Liutex Core Line methods, RS vorticity decomposition and R-NR velocity gradient decomposition --This text refers to an out of print or unavailable edition of this title.

3.6 out of 5 stars
3.6 out of 5
22 global ratings
How are ratings calculated?
To calculate the overall star rating and percentage breakdown by star, we don’t use a simple average. Instead, our system considers things like how recent a review is and if the reviewer bought the item on Amazon. It also analyses reviews to verify trustworthiness.

Shiv Sharma
1.0 out of 5 stars Printing Error
Reviewed in India on 25 May 2014
Verified Purchase
I bought this book and discovered that there is a printing error. This error is also there in the International Edition.
There is confusion in the symbols of velocity and volume.
Read more
One person found this helpful
Report abuse

Leon W.
5.0 out of 5 stars An Excellent Reference for CFD Software Users
Reviewed in the United States on 4 June 2014
Verified Purchase
I manage data centers and computer rooms for my organization. I am an information technology professional, and not a mechanical engineer. Over the years, I have found using CFD tools invaluable in helping me to determine the state of our computing facilities with regards to maintaining proper cooling in our high-density computing environments.
I had purchased other CFD books with the goal of helping me to better understand the CFD software that I use. But, this is the first book that I feel is designed for the CFD user, as opposed to the CFD developer.
But, I should add, that you will need to reference Google and YouTube to refresh your algebra and calculus skills.
Read more
4 people found this helpful
Report abuse
See all reviews
Back to top
Get to Know Us
Make Money with Us
Let Us Help You
And don't forget:
© 1996-2021, Amazon.com, Inc. or its affiliates