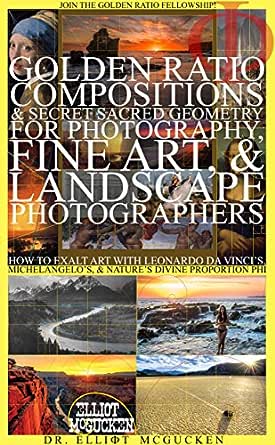 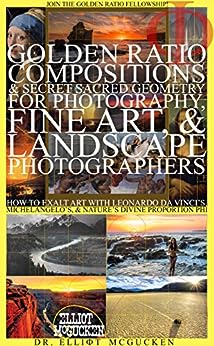 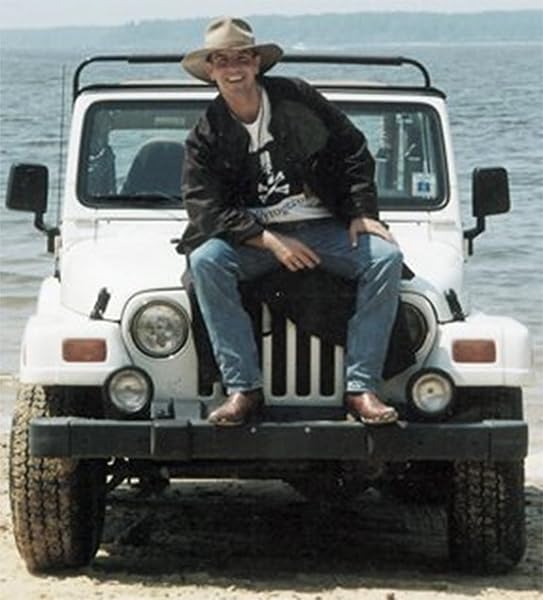 "At long last, a simple, straightforward guide to the golden ratio and how to USE it in our art! I loved the emphasis on simplicity and the chapters where, beginning with a square, Dr. E derives the golden rectangle, diagonals, reciprocals, spirals, and PHI-grids, culminating with the golden armature, all in a simple step-by-step, illustrated manner! It finally makes sense to this photographer." --CD Swift

MyModernMet.com reported: “Ansel Adams is one of the greatest photographers of the 20th century, and photographer Elliot McGucken may have discovered a reason why. While viewing some of Adams’ public domain work, McGucken realized the presence of the golden ratio in the compositions. This aesthetically pleasing principle, used by architects such as Le Corbusier and present in nature, works to help create harmony that is visually appealing.

Resource Magazine reported: “It’s not often that we get contributions from readers that contain top-tier analysis of modern photography, but Dr. Elliot McGucken proved to be the exception to the rule. He sent us his analysis of the golden ratio in use in images from National Geographic’s best photos from 2016, and it’s pretty shocking how nearly every image puts the ratio to use.”

When the legendary photographer Henri Cartier-Bresson was asked, “What makes a good composition?” the master had one word—“Geometry.”

Geometry! And yet, when you search online classes, books, and videos related to fine art and photography, very few of them celebrate “geometry,” let alone the vast and resounding beauty of the sacred geometry of the golden ratio harmonies. And thus, this sacred geometry largely remains a secret today.

This book aims to change all that by providing a simple, thorough introduction to golden ratio composition. Filled with art and examples from grand masters including the likes of Leonardo da Vinci, Michelangelo, Durer, Botticelli, and Ansel Adams, the book focuses on the simple visual beauty of the golden harmonies throughout.

"Love the emphasis on the VISUAL nature of photography which celebrated the golden ratio far more in diagrams and art rather than in math. By the end of the book, I really felt like I was getting the hang of it by viewing the art." -Stephen Friedman

Throughout history, very few artists wrote explicitly on the “golden rules” of composition and the artist’s sacred geometry, as artists and their guilds considered it “secret” knowledge. The divine rules gave the artists advantages in exalting their masterpieces and were thus considered “trade secrets.” Legend has it that artists could be disparaged, exiled from the guild, and even ruined for sharing the secret knowledge. And too, as artists advanced in their own careers, they were more prone to protect the secrets of composition which gave them an edge over possible competitors. The rules of “sacred geometry” were thus passed down in close, trusting mentor-apprentice relationships which, taken together, became a secret society of sorts. And so it is that while da Vinci and others exalted in using the golden ratio in their compositions, a large body of literature supporting or discussing the glory of the golden harmonies does not exist. This book fills that vacuum with a grand, detailed treatise on how to exalt your art and photography with PHI.

Kindle reader
2.0 out of 5 stars Not for photographers
5 March 2019 - Published on Amazon.com
Verified Purchase
The book is a mish-mash of copy pastes from other sources. Quotes from famous artists, photos of pages from other books. The author even quotes himself numerous times!

Redundant is a mild word. Every quote is repeated numerous times. The handful of famous photos/paintings are repeated over and over.

This book must be for people who want to increase their knowledge of art trivia for impressing their friends. The book is not for people who actually pick up a camera and make photos.

Matt Bailey
5.0 out of 5 stars Mind Blown
9 March 2018 - Published on Amazon.com
Being a combat photographer, the rule of thirds has been drilled into my head a lot. I have recently gotten into landscape photography and wanted to learn more about composition and photography. This book did not disappoint. I have not looked at anything the same and feel a better connection with art.
Read more

HALEY P.
5.0 out of 5 stars One of My Favorites!
1 April 2017 - Published on Amazon.com
If Mr. Miagi devoted his life to photography instead of karate, this would be the book he would inevitably publish. For the photographers out there who need a foundation of science before they begin experimenting with the magic that is photography, this book will give you just that. It was exactly what I needed when I decided to dive deeper into the hobby I plan to base my life and career on. I keep very few books around the house, and even fewer in places where they are readily accessible, such as my "coffee table." THIS book however, has kept the spot it earned when I first read it. Nothing in the world is more amusing than seeing a friend pick it up and become rapt in fascination.
Read more
One person found this helpful
Go to Amazon.com to see all 3 reviews 3.7 out of 5 stars
Get FREE delivery with Amazon Prime
Prime members enjoy FREE Delivery and exclusive access to movies, TV shows, music, Kindle e-books, Twitch Prime, and more.
> Get Started
Back to top
Get to Know Us
Make Money with Us
Let Us Help You
And don't forget:
© 1996-2020, Amazon.com, Inc. or its affiliates