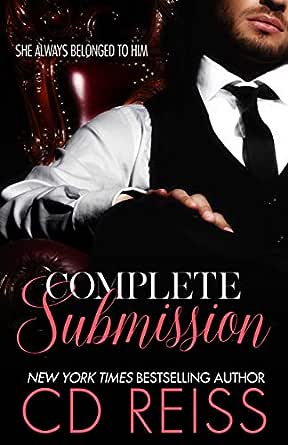 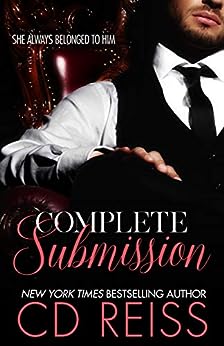 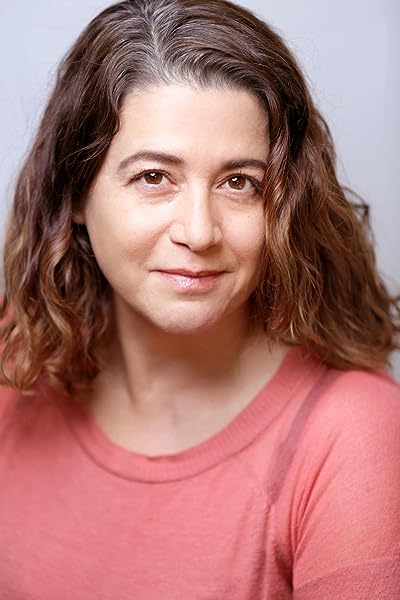 Now up to 60% off select clothing, shoes and bags
Save on top brands including Tommy Hilfiger, Calvin Klein, Armani, Lacoste and more. Shop now

The COMPLETE USA Today Bestselling series
Jonathan Drazen is a beautiful, damaged billionaire with a taste for obedience.
Monica is a struggling musician who obeys no man.
But she just made a little wager with him--one she's sure she can win.
If she loses, she spends the night under his command.
If she wins... it doesn't matter. She just found out Jonathan doesn't lose his bets, and his women always end up where he wants them.

And this little bet? Turns out it's for far more than a night on her knees that's about to turn into much, much more..

L. Stuart
4.0 out of 5 stars Enjoyed the set
17 March 2019
Format: Kindle EditionVerified Purchase
I had read the first book as part of a combined box set that I had bought which had a number of books in it. I hadn’t realised that this was part of a trilogy but I wanted to continue reading. Amazon was the only place I could find the rest of the books. I enjoyed finding out how the story ended.
Read more
Helpful
Comment Report abuse

grace
5.0 out of 5 stars Awesome read that draws you in.
13 August 2018
Format: Kindle EditionVerified Purchase
Wish I could give this series more stars. Draws you in and you ‘feel’ everything. Looking forward to reading more by Reiss
Read more
Helpful
Comment Report abuse

Karen
3.0 out of 5 stars Two Minds
4 December 2019
Format: Kindle Edition
There were parts of this book I really enjoyed. I enjoyed the growth in their relationship but the beatings disguised as love making just dragged and became very repetitive. Monica and Jonathon were great characters but I didn’t understand their need to be so brutal. I like bondage and domination but the beatings were abusive so if that’s not your thing then I can’t recommend this book. This is a first time read of this author and I’m not sure I’ll read another.
Read more
Helpful
Comment Report abuse
There are 4 customer reviews and 5 customer ratings.
See all 4 customer reviews
Write a customer review

jeannie
5.0 out of 5 stars Your Heart Will Soar
26 June 2018 - Published on Amazon.com
Format: Kindle EditionVerified Purchase
With Complete Submission, you get to binge read their saga in one fell swoop and wallow in their joy and pain - and a lot of joyful, sexy pain!! It's a rush no matter how many times you've driven this twisty canyon road that is their journey! EVERY SINGLE BIT OF IT IN ONE PLACE.

The brand new bonus novella "Beat" is astonishing - the epilogue I always dreamed about and the perfect completion of their story. It's pitch perfect - sweet and sultry and transcendent. My heart is so full.

Fasten your seat belts. It's going to be a whiplash emotional rollercoaster! Monica Faulkner is so layered and conflicted. She's self aware, sometimes so much so it hurts. It's the dilemma she faces when it comes to love vs. career that touches my heart because it hits close to home. Monica Faulkner is not your Disney princess, virginal romantic heroine and I love her for it!!

And Jonathan. I could go on about him for hours. Suffice it to say he's not a Disney Prince. The dude has BAGGAGE. Sign me up to be his bellhop. All hail the Ginger King!

Jonathan and Monica aren't some little, meaningless coupling. They're explosive, emotional and downright hurtful to each other in so many ways - good bad and downright kinky . I love this couple and their journey SO much. The sex is so hot it will melt the paint off the wall, but it's the emotional connection they fight against and ultimately forge that will rip you heart out and shove it back in - CD Reiss is an extraordinarily talented writer who will capture your attention and heart.

The brand new bonus novella "Beat" is astonishing - the epilogue I always dreamed about and the perfect completion of their story. It's pitch perfect - sweet and sultry and transcendent. My heart is so full.

B C Booklover
5.0 out of 5 stars Amazing
6 July 2018 - Published on Amazon.com
Format: Kindle EditionVerified Purchase
I was so happy to get this complete series in one continuous book for only 99c. I have always loved CD Reiss's writing style & darkish subject matter, never disappointed in a book by her. I was very curious about Jonathan Drazen (& his sad situation in it) while reading Theresa & Antonio's wonderful, crazy series recently & snapped up his story as soon as I saw the complete set on sale.

I immediately fell for that hot, dominating Jonathan from the moment he stepped into Monica's path in the restaurant he owned & where she worked as waitstaff. Monica was a hot mess through much of the series, almost out of money at any given moment as she tries to make it as the talented but unknown, soulful singer she was. With her best friend, Gabby, a suicidal pianist, her other best friend & former lover, Darren the drummer & Gabby's brother, they were the band, Spoken not Stirred.

There was alot of drama & never a dull moment as Monica & Jonathan's totally different worlds collide. Jonathan is still hung up on & is still in love with his cheating ex-wife & tells Monica he can never give his heart to another. She doesn't know why she is wasting her time with him if that's how he feels & shouldn't she be working on her career instead of waging a losing battle with Jonathan? His ex-wife doesn't want him back but really doesn't want anyone else to have him either..she is a complete bitch! There are a lot of secrets that Jonathan is hiding from Monica, but will she discover what they are? Will they make her run they other way?

There is much push & pull between the 2 main characters as they break up to make up & break up again. At one point you can see how honestly invested Jonathan becomes in their potential relationship but Monica keeps pulling away even though she has strong feelings for him, she keeps running away from them.

These 2 seem like they should be soulmates, the signs are all there but what will fate decide for them, what obstacles will they face, together or apart. Will his secrets, his family, her career ambitions, his dominance, his ex or hers (2 of them!) cause so much trouble that its impossible to have the trust each needs to move forward together?

This series was very long, almost like watching a miniseries on TV but I wouldn't have wanted it any other way! No waiting for the next book because it was all here to love & enjoy on a binge, which is how glued to it I was. I LOVED Jonathan's patient (believe it or not!), insightful, intelligent, dominant but sexy & tender nature with the flame throwing, dramatic & sometimes coldish Monica. She grew on me but it took far into the book to get me there. The Drazen family is something to behold for sure with Jonathan's 7 older sisters & him being the youngest & only boy, WOW! I'm looking forward to the story of oldest sister, Margie's story, dark horse that she is. I adored how much she loved her baby brother & was willing to go the extra mile for his happiness. There were some really sad moments where the tissues had to be handy. They were explained so realistically with how hopeless & frightened someone might feel in that actual life crisis & what feelings followed it. This series is a wholehearted RECOMMEND for me. I LOVED IT, sad it's over now. I hope other books lets this one live on alittle longer! Hard to let it go!
Read more
14 people found this helpful

LadyJane59
3.0 out of 5 stars Divided
26 July 2018 - Published on Amazon.com
Format: Kindle EditionVerified Purchase
If I was rating this series based on her writing style I would give it a five.
Her words flow so smoothly that it is a pleasure to read.

I DNF the series.
I split the difference and gave it a three.

I do not recommend this series...unless you are into SM.

Patricia Villali Koett
5.0 out of 5 stars One of the best series for die hard fans of more than just fluf!
28 June 2018 - Published on Amazon.com
Format: Kindle EditionVerified Purchase
This is one of those series that grips you from the first moment and does not let go. The characters have such a connection and the chemistry is so palpable through the page that you become hooked. I have experienced this series via audio and let me tell you it will change the way you experience audiobooks as the narration just takes it to a whole different level. You feel for these people, their choices affect a visceral part of the mind & soul and the dynamic of the family (if you keep exploring into the Drazen line) becomes addictive and oh so fun to dive into. Read or press play!! This series has all the heat, unapologetic kink & rawness that will stay with you for long after.
Read more
10 people found this helpful
Go to Amazon.com to see all 192 reviews 4.5 out of 5 stars
Get FREE delivery with Amazon Prime
Prime members enjoy FREE Delivery and exclusive access to movies, TV shows, music, Kindle e-books, Twitch Prime, and more.
> Get Started
Back to top
Get to Know Us
Make Money with Us
Let Us Help You
And don't forget:
© 1996-2020, Amazon.com, Inc. or its affiliates