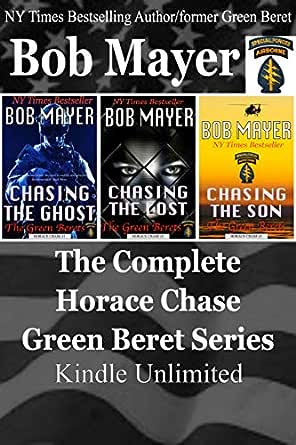 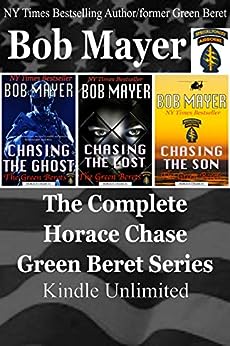 First, his Medal-of-Honor winner father who died in Vietnam without ever meeting his son. And left him the legacy of an automatic appointment to the Military Academy at West Point which shaped the next thirty-five years of Chase's life. Then, the ghost of his mother, who died while he was at war in Afghanistan and wounded, causing him to resign his commission, leave Delta Force, and return to the United States, a lost soul.

In the first book, Chase wears two hats as a Federal counter-terrorism liaison to the local police department in Boulder, Colorado where he becomes embroiled in two seemingly un-related cases. What he uncovers sends shock waves through the government and he's forced to resign.

In Chasing the Lost, Chase goes to Hilton Head Island to pay his last respects at the Intracoastal Waterway where his late mother’s ashes were spread and to inspect the home his mother left him in her will.

Within six hours of arriving on Hilton Head, Chase is exchanging gunfire with men who’ve kidnapped a young boy and tried to grab the boy’s mother. Soon he’s waist deep in an extortion plot to funnel a hundred million dollars of Superbowl on-line gambling money into an offshore bank account or else the boy dies. At the end, he learns a life-changing secret which leads to:

Chasing the Son. Chase teams up with another former covert operative, Dave Riley, and one of Riley’s old CIA friends, Kate Westland, to uncover the truth. Barely into their investigation they become caught up in a land development deal for Daufuskie Island worth hundreds of millions.

Chase and Riley’s covert background has taught them many things, but the most valuable has been that nothing is ever as it appears as an old nemesis rears her head, hell bent on revenge against them both along with a good helping of greed.

And in the shadows hovers THE CELLAR, the agency that polices the world of covert operations.
click to open popover