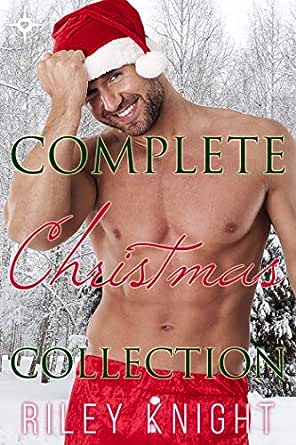 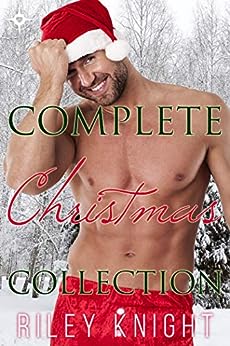 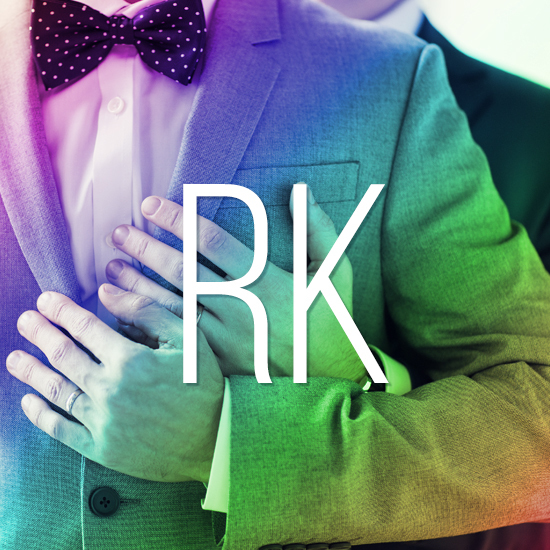 A SIX BOOK BUNDLE of RILEY KNIGHT’S most heartwarming previously-published holiday classics, all for one low price!

Billy and James both work more than they do anything else. Billy is a firefighter, James a paramedic, and both of them have dangerous, stressful jobs that leave little time for anything else, such as romance or even dating.

Then Polly, an adorable little black and white kitten that they rescue, comes into their lives and changes everything. James has always thought he was straight, but soon, he has reason to question that, and everything else, when he realizes that he's falling for his best friend.

A decade ago, Jason ruined everything with his best friend when he kissed him impulsively. The only logical thing to do at that point was to run away from his homophobic family and neighbors, not to mention his mistake, and build a new life for himself in a whole new state.

Another mistake brings him back to Wyoming, back to Lance, the best friend that he’d freaked out all of those years ago. Even after all of the time that has passed, he only trusts one man on the planet enough to ask to marry him. And that’s exactly what he needs to do, if he wants any chance at keeping his exciting new life.

When David was a teaching assistant, he met Jonathan, a beautiful young student. The two became close friends, but the romance budding between them was forbidden and impossible. After the death of David’s wife, the older man is left a single father, longing for his best friend. It isn’t until Jonathan gets divorced that they have their chance.

When David invites Jonathan and his son to live with him in the aftermath of the divorce, both men begin to wonder if the spark that was once there between them still exists. As the holidays approach, will the opportunity for love rise once more?

Jake Marshal is just a DJ - he never expected to be famous. After a widely publicized relationship with a high-profile pop star ends disastrously, Jake just wants to put the incident behind him. A year later, her betrayed fans are still threatening his well being, her revenge song is still on the radio, and his manager thinks he needs a bodyguard to get him through Christmas. Jake hates Christmas, but his attraction to his bodyguard is nearly instant.

When bodyguard Xavier Stone gets a job protecting Jake, he has no idea how much he has his work cut out for him. At least, he figures, the tour of Christmas events that Jake’s manager has planned will keep them in high spirits. Xavier loves Christmas, and spends each year eagerly counting down from December 1st. He quickly discovers that Jake is a scrooge, still stuck on his break up.

Edward Kirby is a big-city surgeon who’s worked himself toward an early grave. On his way to Wisconsin for some enforced R&R, a snowstorm hits--leaving Edward injured, stranded, and more stressed than ever.

Stephen Jackson is an all-American cowboy--and a virgin. He’s overwhelmed with work, trying to keep the family farm from falling into financial collapse, when Edward ends up renting a room at his ranch. He has no idea how to handle the attraction he feels towards the handsome, wealthy man. They come from opposite worlds, but could love find a way to make it work?

avidreader4ever
4.0 out of 5 stars a heartwarming holiday collection
21 November 2019 - Published on Amazon.com
Verified Purchase
I especially like friends to lovers stories and when you throw in the holidays it makes the stories even more heart-warming and sweet when the relationship ends in a HEA. There were a couple of those in this collection and they left me feeling all the good gooey feelings those ellicit. The other kind to stories that are especially delicious around the holidays is second chance and they were here as well. I also liked the scrooge/grinch that appears in Holiday Engagement and the hot bodyguard that convinces him to give the holidays a shot.

Carle
4.0 out of 5 stars Christmas love
23 December 2019 - Published on Amazon.com
Verified Purchase
I thought the stories were wonderful. The only reason I pulled one star was because of the editing or lack there of...

I know how hard it can be to write. Sometimes the brain gets ahead of the fingers. I can't stress enough! PROOF READ AND EDIT. By doing so, what is a good story can turn into a great story. I apologize if this is harsh or rude. Riley Knight is a great story teller. And I Will read more of your work! Blessings.

Eohlone
4.0 out of 5 stars Fun read for holidays
13 January 2020 - Published on Amazon.com
Verified Purchase
Enjoyable read. The stories differed and so it was a true collection of holiday stories.
Read more

Carlo streva jr
5.0 out of 5 stars Love holiday romance stories these books where what I would love my life to be like I chose 5 stars cause r
19 January 2020 - Published on Amazon.com
Verified Purchase
Each character spoke to me and I felt all the love they shared and the hurt and forgiveness toward each othrr
Read more

Suzanne Hare
5.0 out of 5 stars Wonderful gay romance box set.
29 December 2019 - Published on Amazon.com
This is a box full of contemporary romantic gay love stories that pull at your heart strings..

Snow Angels
James and Billy are room mates and the main thing they have in common is that they work hard. James is a paramedic and Billy is a firefighter so they both are experienced with danger. It is like they are just working through N comes a small kitten they name Polly and things begin to look different to them. This Christmas seems like it will bring great changes for them.

This is a Christmas story of two people who go from friends to more. It is a gay story s with explicit scenes. It is also about becoming aware of who you are and what you want and how hard do you want to fight for it. The characters were strong yet vulnerable, unsure of themselves and had to overcome internal struggles and some external ones to. The sexual scenes were worked well into the storyline and enhanced the story rather than distract from it. It was a heartwarming gay romance that I found pulled at my heart strings.

Winter Wedding in Wyoming
Ten years ago Jason ran away from his homophobic family and small town judging. The kicker was that he had kissed his best friend and that had been a disaster so he set off to another place. Now he has returned to Wyoming. Back to Lance with the intention of asking him to marry him.

This is a charming and thoughtful contemporary romance between two men. One who knows what he wants and one who does not and doesn’t think he is gay. The characters are well crafted and likeable, making you want them to connect and be together. The storyline is about changing and the process of acceptance and allowing yourself to overcome obstacles and fears to claim your happiness. It is a wonderfully done story about how love can grow.

Christmas Engagement
Jake was a DJ who had a very famous breakup last Christmas. He was still getting threats and people were still upset about it. He never had a good Christmas so his hopes were not up. Xavier was hired as his bodyguard and the moment they met, it was instant attraction. Xavier loves Christmas but is not going home because things are becoming dangerous for Jake.

This is a contemporary gay Christmas love story with explicit scenes. The characters are well crafted and have a lot of depth to them. The book starts off with a lot of sexual scenes and not much character development. However, as the story progresses, the characters personalities begin to shine through, with all their fears, insecurities and flaws. There is a lot of emotional drama as the two characters explore their relationship. Parts of the book are very sweet and heart warming. There is also action and dangerous situations. The book grew on me as it went on and became more about the characters and less about sex. Overall I enjoyed the story.

Mistletoe Marriage
David and Jonathan met when they were teacher’s day student. Although friends anything more was forbidden. Then years later David lost his wife and Jonathan gets a divorce. David invites Jonathan and his son to live with him. Will this be finally their time to explore the passion between them?

This book is wonderful. The characters are amazing, full of life and personable. You can not help but wish for a forever ending for them. The emotionally charged romantic drama is a storyline full of bumps and setbacks as two men grow to love each other while contending with being single fathers, internal struggles and external obstacles. Their story is sweet and touching. It is a great romance.

Small Town Christmas
Andy is a small town sheriff with a secret. He is still in the closet and needs to remain there if he has a chance at serving the next term as sheriff. What he does not expect is that a businessman, Jeffery Smith, will come to town and they would fall for each other.

Country Christmas
Edward is on forced leave. His job as a surgeon has taken its toll. He has an accident that leaves him injured and renting a room. Stephen is stressed himself trying to run the family ranch. Being a virgin, he has no idea how to handle his attraction to the wealthy older man.

This is a great collection of contemporary love stories.
I received a free copy of this book via Booksprout and am voluntarily leaving a review.

Read more
Go to Amazon.com to see all 17 reviews 4.6 out of 5 stars
Get FREE delivery with Amazon Prime
Prime members enjoy FREE Delivery and exclusive access to movies, TV shows, music, Kindle e-books, Twitch Prime, and more.
> Get Started
Back to top
Get to Know Us
Make Money with Us
Let Us Help You
And don't forget:
© 1996-2020, Amazon.com, Inc. or its affiliates