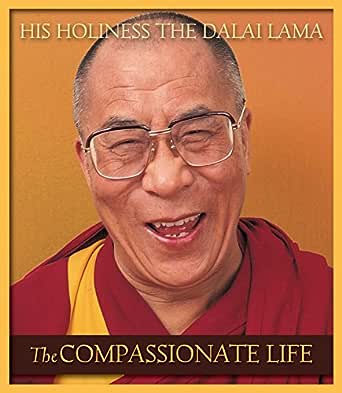 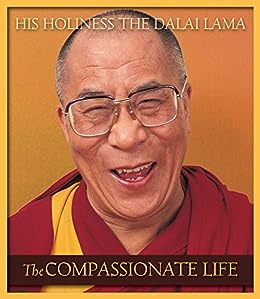 "Into this deceptively simple little book, the Dalai Lama has poured the goodness of his own heart and the distilled wisdom of lifetimes of work and teachings aimed at refining heart and mind. It is all here, everything we need to enact in our own lives, even in the most trying of times, if we are to realize our own beauty and that of others, and the possibilities of true happiness and peacefulness in this very life, right here and right now. This sorely needed prescription for sanity and kindness in the world is unbelievably simple and unbelievably important, and therefore a practice worthy of our wholehearted commitment."--Jon Kabat-Zinn, author of Wherever You Go, There You Are

"The Dalai Lama argues convincingly that putting others before ourselves is the key to both a happier life and a better society, and offers proven Buddhist techniques for how we can cultivate the mind of compassion and equanimity."--Melvin McLeod, Editor, the Shambhala Sun --This text refers to an alternate kindle_edition edition.

Tenzin Gyatso, the Fourteenth Dalai Lama, is the spiritual leader of the Tibetan people. He frequently describes himself as a simple Buddhist monk. Born in northeastern Tibet in 1935, he was as a toddler recognized as the incarnation of the Thirteenth Dalai Lama and brought to Tibet's capital, Lhasa. In 1950, Mao Zedong's Communist forces made their first incursions into eastern Tibet, shortly after which the young Dalai Lama assumed the political leadership of his country. He passed his scholastic examinations with honors at the Great Prayer Festival in Lhasa in 1959, the same year Chinese forces occupied the city, forcing His Holiness to escape to India. There he set up the Tibetan government-in-exile in Dharamsala, working to secure the welfare of the more than 100,000 Tibetan exiles and prevent the destruction of Tibetan culture. In his capacity as a spiritual and political leader, he has traveled to more than sixty-two countries on six continents and met with presidents, popes, and leading scientists to foster dialogue and create a better world. In recognition of his tireless work for the nonviolent liberation of Tibet, the Dalai Lama was awarded the Nobel Peace Prize in 1989. In 2012, he relinquished political authority in his exile government and turned it over to democratically elected representatives.

His Holiness frequently states that his life is guided by three major commitments: the promotion of basic human values or secular ethics in the interest of human happiness, the fostering of interreligious harmony, and securing the welfare of the Tibetan people, focusing on the survival of their identity, culture, and religion. As a superior scholar trained in the classical texts of the Nalanda tradition of Indian Buddhism, he is able to distill the central tenets of Buddhist philosophy in clear and inspiring language, his gift for pedagogy imbued with his infectious joy. Connecting scientists with Buddhist scholars, he helps unite contemplative and modern modes of investigation, bringing ancient tools and insights to bear on the acute problems facing the contemporary world. His efforts to foster dialogue among leaders of the world's faiths envision a future where people of different beliefs can share the planet in harmony. Wisdom Publications is proud to be the premier publisher of the Dalai Lama's more serious and in-depth works. --This text refers to an alternate kindle_edition edition.

Ray B
4.0 out of 5 stars A good introduction to this philosophy
Reviewed in Australia on 4 January 2018
Verified Purchase
While a little dated now in terms of the examples, the principles are well founded and valid. Enjoyed the intro into what is a long road in achieving enlightenment
Read more
Helpful
Comment Report abuse
See all reviews

Todd Buster Paris
5.0 out of 5 stars Simply Compassionate, Simple Read, Great Book
Reviewed in the United States on 30 June 2004
Verified Purchase
Simply Compassionate, Simple Read, Great Book
4.5 Stars
In my opinion His Holiness The Dalai Lama has two types of books - those that are incredibly complicated and difficult to read and those that are easy to read and more easily understandable - don't get me wrong they are all great books and I always get a lot out them.
The Compassionate Life is one of the easier ones. One of the easier reads and less complicated to digest.
It's focused on compassion and how to achieve a compassionate view - as well as the benefits of compassion.
I know this sounds somewhat simplistic as a description, but that's really what this boils down to - a simple and easy read - a focused topic for the student/listener - compassion.
I love reading what His Holiness The Dalai Lama has to say - like all his books - I closed this one with a smile on my face.

Vimalaparanjyothi basappa shivamallappa
5.0 out of 5 stars The book is a very thoughtful companion
Reviewed in the United States on 10 May 2019
Verified Purchase
I carry the book in my handbag and leaf though the pages whenever I get a chance. I have not completed reading the book and I have begun to relate to a lot of things the author has mentioned in the book. It is very handy in enabling me to be grounded and compassionate every single day.
Read more
One person found this helpful
Report abuse

Mary Todd Boering Lowrance
5.0 out of 5 stars A do-able concept for sure!
Reviewed in the United States on 26 June 2017
Verified Purchase
Everyone should read this book. The Dali Lama's offering of the idea of one actually practicing compassion is quite humbling when care is taken to be meticulously introspective when reading and doing so a "teaspoon" at a time.
Read more
2 people found this helpful
Report abuse

Sylvia Szucs
5.0 out of 5 stars Thought provoking book
Reviewed in the United States on 13 May 2014
Verified Purchase
I am very happy to have been able to read this book concerning a topic so much worthy of thought in this day and age!
Read more
Report abuse

NikNik
5.0 out of 5 stars Five Stars
Reviewed in the United States on 10 February 2015
Verified Purchase
Inspiring book
Read more
Report abuse
See all reviews
Get FREE delivery with Amazon Prime
Prime members enjoy FREE Delivery and exclusive access to movies, TV shows, music, Kindle e-books, Twitch Prime, and more.
> Get Started
Back to top
Get to Know Us
Make Money with Us
Let Us Help You
And don't forget:
© 1996-2020, Amazon.com, Inc. or its affiliates