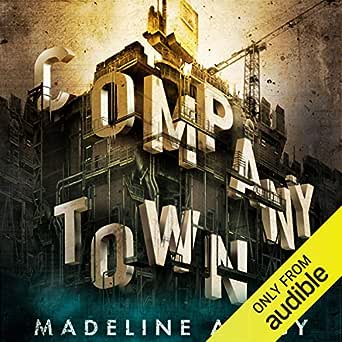 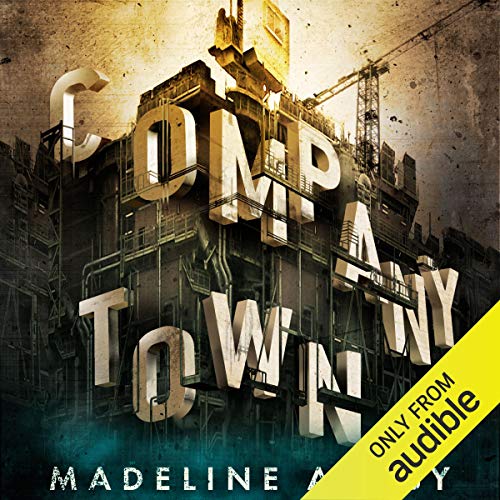 4.0 out of 5 stars
4 out of 5
92 global ratings
How are ratings calculated?
To calculate the overall star rating and percentage breakdown by star, we don’t use a simple average. Instead, our system considers things like how recent a review is and if the reviewer bought the item on Amazon. It also analyses reviews to verify trustworthiness.

illegiblescribble
4.0 out of 5 stars Mystery combined with a cybernetic future world
Reviewed in Australia on 22 May 2017
Company Town is a city-sized oil rig off the coast of the Canadian Maritimes, owned by the wealthy and powerful Lynch family empire. Like all cities, its populace exist in a multitude of social and economic strata. In a world where bioengineered enhancements are commonplace and expected, the rebellious Hwa is the last fully-organic holdout; for which she has compensated by becoming an expert in fighting and bodyguarding — a way to maintain her fierce but precarious independence. Then the Lynch CEO and patriarch hires her to protect his young son, the heir, from mysterious death threats.

I started reading this book, and was engrossed in it, when I began to get an increasingly intense sense of déjà vu – culminating, at the end of the second chapter, in the realization that I had indeed read some of it before, as the story “Come From Away” in the anthology

Upgraded , edited by Neil Clarke. Which got me really enthused, because it was one of my Short Story nominees for the 2015 Hugos. I enjoyed the mystery combined with the depiction of a cybernetic future world, and I would definitely be interested in reading more adventures with this protagonist.
Read more
Helpful
Comment Report abuse

Ben Adams
5.0 out of 5 stars Great writing, hilariously funny
Reviewed in Australia on 7 October 2018
I loved this book. Great story line, fantastic plot twists, hilariously funny and enough social commentary to keep it interesting without bogging down. I can’t recommend it enough and I hope the author writes a sequel.
Read more
Helpful
Comment Report abuse
See all reviews

Ashton Inali
5.0 out of 5 stars Brilliant Read
Reviewed in the United Kingdom on 7 March 2019
Verified Purchase
Excellent story, characters and setting. Themes that ring close to contemporary culture with the backdrop of a dark but intriguing future. Great read!
Read more
Report abuse

Jill
3.0 out of 5 stars OK, I was a bit disappointed
Reviewed in Canada on 8 April 2017
Verified Purchase
I was a bit disappointed in Company Town. I bought it because it was a Canada Reads contender and I had heard about it on CBC several times. I'm used to, and love, complicated books with many characters that usually require a key of some type. This book was complex but difficult to follow and I had a hard time keeping track of characters. I was really hoping to love this book but I didn't.
Read more
3 people found this helpful
Report abuse

Mina
5.0 out of 5 stars Dystopian mystery thriller with an astounding heroine that totally took me by surprise
Reviewed in Germany on 26 May 2016
Verified Purchase
That book actually defies categories: it starts out as a pretty straightforward dystopian novel, is part thriller and ends in a metaphysical, science fiction kind of way. And it's wonderful entertainment all along the way.
It's mostly the story of Hwa, a young woman living on an oil rig by the Canadian coast that was recently taken over by the Lynch Corp. And the corporate's heir apparent, 15-year old Joel, is in danger and needs a bodyguard and someone to teach him some self-defense. This is the job for Hwa, because of her fighting skills and the fact that in a world of “augmented” and “enhanced” people, she is kind of invisible: she suffers from an illness that comes with a huge port-wine stain and no artificial eye can really focus on her. And different than all others, she can't be “hacked” and thus be manipulated, because she is totally without enhancements or augmentations.

So the premises of Hwa being who she is and the secluded town with all the enhanced people, are great in themselves. The thriller-plot with a bit of “Jack the Ripper”-murder series adds the right amount of suspense and nail-biting. But the real deal is the character of Hwa, her development and the relationships she has and forms. That Hwa has no enhancements is no show of her conviction or anything, but the result of having a mother who sees no worth in her. And that did rub off on Hwa without making her wallowing in self-pity. Her third person POV was great to follow and I loved seeing how she learned who and what she really is and what other people's reasons for their behaviors towards her were.

The murders are gruesome and the case is solved in the end, but it really is just one facet of a much larger picture that made me breathless, while it unraveled. Besides the characters, the strange and brutal but ingenious world, plays a huge role in providing just the right atmosphere. A bit “Blade Runner” and Neal Stephenson. “Corporate Town” was a great read that surprised me in the best of ways.