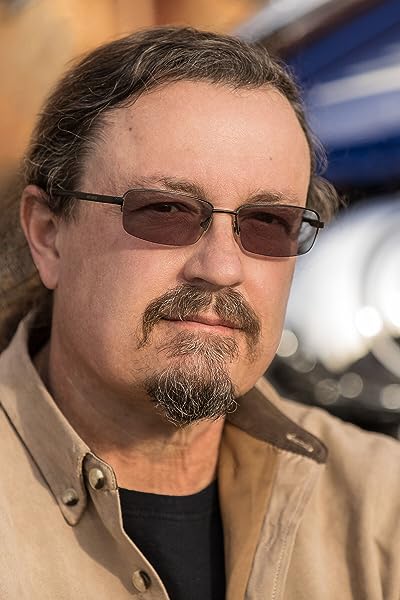 Page 1 of 1 Start overPage 1 of 1
Previous page
Next page
Start reading Coming of Winter (A Jeremy Winter Thriller Book 1) on your Kindle in under a minute.

Tom Threadgill turned his love of a good tale into a full-time profession. He is the author of the Jeremy Winter thriller series. His books have a distinct focus on clean, suspenseful action with strong character development.

4.4 out of 5 stars
4.4 out of 5
262 global ratings
How are ratings calculated?
To calculate the overall star rating and percentage breakdown by star, we don’t use a simple average. Instead, our system considers things like how recent a review is and if the reviewer bought the item on Amazon. It also analyses reviews to verify trustworthiness.

wing6rider
4.0 out of 5 stars A solide story and characters...
Reviewed in Australia on 23 May 2019
Verified Purchase
although some aspects left me feeling the book could have been tighter? Still, you are wondering to the end how things will come together. You are also wondering at the strangeness of the human mind, all within the bounds of possibility. I have been left wondering what happens next in our ex-FBIman's life? YMMV
Read more
Helpful
Report abuse

Toots Sullivan
TOP 500 REVIEWER
5.0 out of 5 stars Deadly brilliant
Reviewed in Australia on 3 February 2019
Verified Purchase
I really enjoyed this book. It comes across as very honest, very straight forward, almost simplistic from the murderers point of view, it’s also very brutal, but not so much at all that it can’t be read with fascination into the minds of the killers. No swearing, no sex and well written with a plot that chills. So well done.
Read more
Helpful
Report abuse

Amazon Customer
5.0 out of 5 stars Jeremy Winter Series feedback
Reviewed in Australia on 28 February 2019
Verified Purchase
I thoroughly enjoyed the first and second books of the series. Personal relationships were tastefully handled and the author built a story that you wanted to be part of and you wanted to see the finish
Read more
Helpful
Report abuse
See all reviews

Lynda Kelly
4.0 out of 5 stars A Terrific Opener
Reviewed in the United Kingdom on 21 February 2019
Verified Purchase
This is a great start to a new series I'll definitely be sticking with. It's so satisfying to discover a freebie (at the time I downloaded) that's so good and a rare thing indeed. As an author, it seems a good idea, though, opting to give the first one away, as then the likes of me don't mind paying for further chapters in the series, as I know I probably wouldn't have "bought" a brand-new author to me. I only pay for books where I've a good idea of what I'll be getting-money's too tight to take chances !
I liked Jeremy and Maggie a great deal though my favourite character was Troy. I really liked his and Jeremy's pairing-they worked really well together and I also enjoyed their team banter. There are a lot of very humorous lines in the book which appealed to me. Even at the beginning, when the author mentioned a 35th wedding anniversary he made me grin. The opening passage in the book was a total winner as well......jawdropping and totally attention-grabbing. There were a few more incidents like this, too, where I was so shocked at something very unexpected occurring. So it holds your interest for sure.
There were errors, though not hundreds, though one in particular cost him the 5* for me as it's something I never let go-when an author gets their own character's name wrong....the ultimate transgression for me.....he wrote Masons' when he meant Millers.'
The formatting appears strange as well as it adds needless spacing all the way through. As with "...a forty-two-year-old African- American" or "slow- moving semi" and "forty- six people." It's distracting, then these sentences meant nothing to me, "Maggie would understand he couldn't turn loose of the chase" and "Might could on a smaller scale" then he also used the word sounded at one point but it was the wrong word.....maybe he meant seemed ? Another paragraph baffled me, too, as the tenses were jumping around all over the place, sending me flicking back to see if I'd missed something. This line just ended....."....maybe we'd done something different......just like that so no idea how it was supposed to finish. There were also a couple of obligatory apostrophe mistakes, too, that old e-book staple.
Definitely one I'd recommend, though.
Read more
2 people found this helpful
Report abuse

Kaffmatt
2.0 out of 5 stars Middle of the Road- A Bit Weak
Reviewed in the United Kingdom on 4 February 2019
Verified Purchase
This was ok. It wasn’t madly thrilling nor was it boring- ‘twas middle of the road.
The characters were rather bland; never fully developed. Some carry the usual baggage of their previous histories. This seems to be a well used trick by authors to make the characters interesting. In this case, it doesn’t improve the mundane nature of them. The author identifies the perpetrator within the first few pages and I’m not sure this works. Also, the perpertrator’s reason for their crimes is a little unbelievable.
I’ll not rehash the plot as it’s been set out already. As I’ve mentioned, you’ll know who was responsible before the end of the first chapter. The only question is whether the perpetrator will be caught by the Special Agent with personal problems.
An aside- the interaction between the perpetrator and his wife is sick inducing and frankly, creepy.
Obviously appealed to other reviewers but not me. I’ve read better thrillers.
Read more
Report abuse

JoeDoeBooks
4.0 out of 5 stars A serial killer hunter's worst nightmare
Reviewed in the United Kingdom on 3 March 2019
Verified Purchase
It’s the serial killer hunter’s nightmare. No connections, in time or place, between the killings. No discernible pattern or method.
That’s the problem facing Jeremy Winter in the first of Tom Threadgill’s detective series. A chance, personal connection to a single disappearance, sets things in motion. A little (metaphorical) digging around sets the alarm bells ringing, and then it’s a race against time to find the killer before he kills again. Or before forces from his past shut down his investigation.
The serial killer is terrifying. Mundane and outwardly kindly.
The hero is everything he should be. Damaged, determined, intuitive and skilled.
The menace is very real, but the gore is kept to a sensible level.
All in all, a great thriller, a real page turner and an exciting start to a series that is entirely new to me.
Read more
Report abuse

Christiana
1.0 out of 5 stars Feeling Cheated
Reviewed in the United Kingdom on 13 February 2019
Verified Purchase
Cardboard characters, very vague and unexplained baggage for the main protagonists, and a horribly creepy and frankly unbelievable relationship between the murderer and his wife. But all that aside, this book is very clearly just an opener to prompt further purchases, which I shall not be making. Having identified the villain early on, in Chapter 2, surely the denouement would have been to tie up other loose ends. Not in this book - the other threats and mysteries are left hanging. I felt cheated and rather cross having ploughed through all the previously revealed creepy blood and gore, that the other maybe more interesting aspects were completely ignored. This Winter was my first and last.
Read more
Report abuse

D Ovenden
5.0 out of 5 stars Strong beginning to what looks like being an excellent series
Reviewed in the United Kingdom on 28 January 2019
Verified Purchase
A well crafted thriller. I can see Jeremy Winter becoming one of my favourite characters. Despite deliberately giving away the killer's identity Threadgill skilfully builds the drama and suspense right through to the end. This first in a series is peopled with a full cast of believably complex characters. Looking forward to reading the next installment.
Read more
One person found this helpful
Report abuse
See all reviews
Back to top
Get to Know Us
Make Money with Us
Let Us Help You
And don't forget:
© 1996-2021, Amazon.com, Inc. or its affiliates