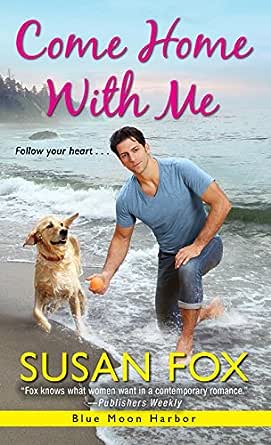 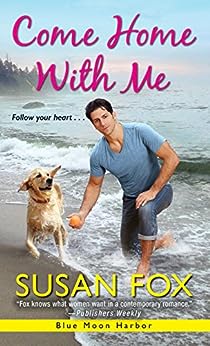 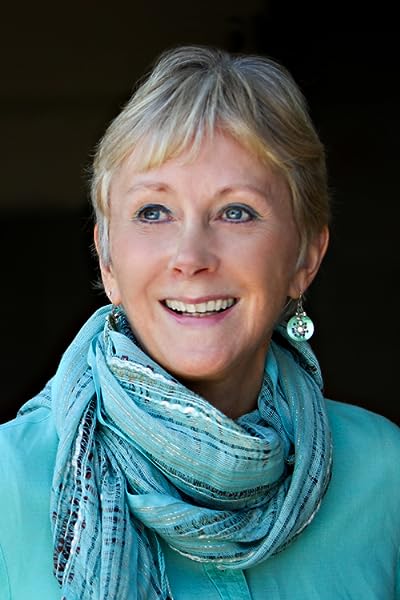 It may be a dot in the Pacific Northwest, but tiny Blue Moon Harbor always has room for love . . . --This text refers to the mass_market edition.

International bestselling author Susan Fox (who also writes as Savanna Fox and Susan Lyons) has been a finalist in Romance Writers of America 's prestigious RITA contest and has won the National Readers' Choice Award, the HOLT Medallion, the Booksellers Best Award, the Book Buyers Best Award, the Aspen Gold Readers Choice, the Golden Quill, the More Than Magic, the Lories, the Beacon, and the Laurel Wreath. She is a Pacific Northwester with homes in Victoria and Vancouver, British Columbia. She has degrees in law and psychology, and has had a variety of careers, including perennial student, computer consultant, and legal editor. Fiction writer is by far her favorite, giving her an outlet to demonstrate her belief in the power of love, friendship, and a sense of humor. Visit her website at www.susanfox.ca. --This text refers to the mass_market edition.

Bec
TOP 500 REVIEWER
4.0 out of 5 stars A wonderful second book for this series.
Reviewed in Australia on 12 February 2018
Miranda Gabriel has returned home to Blue Moon Harbor after hitting rock bottom, but she's determined to get her life back on track. Her priority is her two-year-old daughter and doing online classes to earn her degree, yet there's no denying her attraction to Luke Chandler. However, the more time she spends with Luke, the more she finds herself falling for him. Will she be able to get over her insecurities, or will she lose her chance at happy ever after?

The first book of this series features Miranda's brother, and so I was looking forward to getting to know more about the heroine after meeting her in that first book, and I've got to say that I'm so glad she got her own happy ever after. Because she definitely deserves it after everything she's been through with a mother that couldn't clean up her act; grandparents that couldn't care less about their grandchildren; and then falling in love with Mr. Wrong over and over again. Has she finally found her Mr. Right in Luke?

As for the dialogue, it was captivating and fascinating due to the main characters back stories, as Miranda hasn't had the easiest life and it's about time she finally gets her life back on track, even if she does need help from the secondary characters in order to do so. However, it was from the moment the hero and heroine met that had me really enjoying this story, as there's instant chemistry, and certainly, both have reasons to want to keep their relationship as friends for a while. However, in saying that, I liked that they took a chance on each other and overcame one of their toughest obstacles. Will Miranda be able to win over Luke's parents and his in-laws, considering Luke's mom knew what Miranda was like when she was younger? A time when she was a rebel and couldn't help acting out and doing things to prove she was strong, so she wouldn't turn out like her mother to deal with the challenges life threw at her.

While the hero, I really felt for him because his sons never got to know their mother and being a father to twin boys isn't easy. Luckily, he has family that are there for him. Moreover, there was so much to like about Luke in that he's kind, caring and will jump into action whenever someone has an emergency to do with his job. I also liked how determined he was to win over Miranda, even when old insecurities rear their ugly head and have the heroine running scared. Will he be able to prove to Miranda that he loves her no matter what? Will the heroine be able to believe in Luke's love for her?

Overall, Ms. Fox has delivered another wonderful read for this series where the chemistry between this couple was powerful; the romance was charming and made me think that Miranda was one lucky woman to have the attention of Luke; and the ending had me glad these two were willing to fight for their future together, as they've both been through a lot and deserve their chance at happy ever after. I would recommend Come Home with Me by Susan Fox, if you enjoy the opposites attract trope, small town romances, or books by authors Roxanne St. Claire, Catherine Anderson, Jenn McKinlay and Barbara Freethy.

Suze Lavender
TOP 50 REVIEWER
5.0 out of 5 stars Beautiful romantic story
Reviewed in Australia on 15 February 2018
Miranda likes living in the city, but when she's broke and doesn't have anywhere to go she decides it's time to go back to the island where she spent part of her childhood to live with her brother Aaron. She's a single mother and Ariana's wellbeing comes first. Aaron has found love and Miranda has to get used to this new situation. Romance isn't for people with their background, at least that is what she always thought. Could she be wrong?

When Miranda meets Luke she immediately feels a connection. However, he isn't like the other men she dated. She always went for bad boys who left her brokenhearted. Luke is the local vet and is known by everyone on the island, he's also a widower and he already met the love of his life at a young age. There's no way Miranda can compete, so she's wary to even try. Luke is a single father, so they have a lot in common. Will their easy friendship be able to grow into something more or are Miranda and Luke both far from ready to give love another chance?

Come Home with Me is a fascinating romantic story. I was immediately intrigued by both of the main characters. Miranda had a difficult childhood. Her brother Aaron was always there for her, but there was only so much he could do being a child himself. Now he makes sure she has a place to stay and this gives her a chance to get her life back on track. It's time for Miranda to look at the future and make the right decisions. She wants to give her daughter much more than she ever had and I admired her spirit and determination to make it happen. Luke had everything Miranda had to miss while growing up, but he knows what grief feels like. I very much hoped they could heal each other's hearts and finding out if they would kept me glued to the pages.

Susan Fox has a wonderful way with words. I love her gorgeous descriptions of Destiny Island and the detailed way she writes about emotions. She makes her stories come to life in an incredible vibrant way. I'm impressed by how she thoroughly explores the way her main characters are feeling and love the natural progression of their relationships. She knows how to write about true love and that enchanted me from beginning to end. Come Home with Me is a beautiful love story and I enjoyed every single page.
Read more
Helpful
Comment Report abuse
See all reviews

Jill Ramos
5.0 out of 5 stars Five Stars
Reviewed in the United States on 13 January 2018
Verified Purchase
This an excellent. series look forward to reading more of this as she writes them.
Read more
One person found this helpful
Report abuse
See all reviews
Get FREE delivery with Amazon Prime
Prime members enjoy FREE Delivery and exclusive access to movies, TV shows, music, Kindle e-books, Twitch Prime, and more.
> Get Started
Back to top
Get to Know Us
Make Money with Us
Let Us Help You
And don't forget:
© 1996-2020, Amazon.com, Inc. or its affiliates