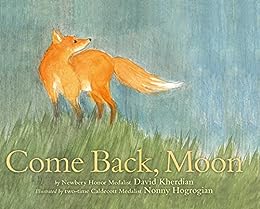 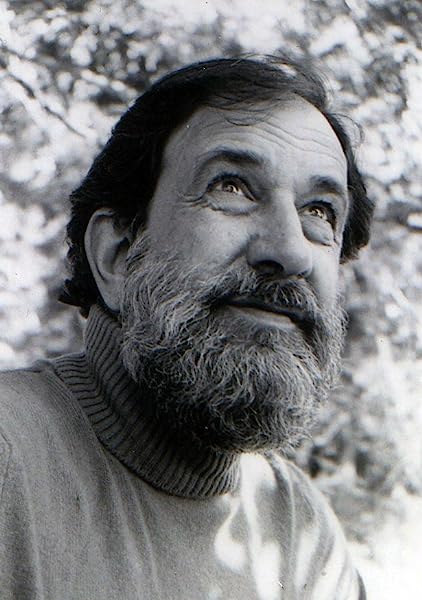 * "When a group of forest animals discovers that Bear has stolen the moon—he blames its bright light for his insomnia—they hatch a plan to get it back.... Along with the elegant economy of its language and the quiet beauty of Hogrogian’s watercolors, which are gently textured with pencil, one of the most striking aspects of this ostensibly simple reverie of a story is how much its creators, a highly honored husband-and-wife team, trust readers. They don’t amplify the prose or pictures with visual signposts or adjectives to tell audiences what to feel (the late Elmore Leonard would have been proud). Instead, they let their spare, deeply resonant storytelling reveal the quiet, instinctive determination of the animals to set things right. The action is low-key, almost tableau-like, and never less than compelling." (Publishers Weekly, September 23, 2013, *STARRED REVIEW)

"Bear blames the moonlight for his sleepless nights, so he steals it, leaving the other animals with a sense of loss. The story builds as one by one the animals ask each other for information and ultimately seek out Owl. Their search for answers, and then the moon itself, is the perfect device for turning the page. The soft watercolor-and-pencil illustrations, many within their own frame, mirror the text’s gentleness. When the animals talk with one another, they move more freely on pages with a white background. The repetition of simple phrases encourages a young reader’s participation. Storytelling and dancing conclude the story, an inclusive and positive ending. Pair with Kitten’s First Full Moon by Kevin Henkes (2004) for another moon celebration." (Booklist, November 2013)

* "The Moon looms large in children’s literature: Frank Asch, Eric Carle, Kevin Henkes, and countless others have paid homage to that fascinating round face in the night sky. In Come Back, Moon, Kherdian and Hogrogian have collaborated on an original story that has the simplicity and resonance of a folktale.... Hogrogian captures the character of each animal, mood, and scene with disarming expertise.... Kherdian is at his poetic best, gracing the tale with few, carefully chosen words. The artwork is beautifully balanced and radiates personality. The combination of great talent, elegant restraint, and exceptional creative decisions has produced a timeless book that will still be enjoyed by the great grandchildren of those who read it today." (School Library Journal, November 2013, *STARRED REVIEW)

"This simple, folkloric story will easily engage young audiences, and Kherdian’s restrained prose works well as both a group readaloud and as a read-alone for novice readers. . . it might especially work well as a beginning readers’ theater piece." (The Bulletin of the Center for Children's Books, December 2013)

"With soft, comforting illustrations and repetitive, evocative text, this book reads like a modern version of Good Night Moon with words which could be repeated by a child, anthropomorphic animals, a clever mystery to solve, and a comforting ending. The story could be turned into a play, acted out by younger children. The image of the stolen moon glowing inside Bear's pillow is priceless. The animals practically dance off the page when the moon is set free. This is a story which will have primary students begging for repeat readings." (Library Media Connection, May/June 2014, Highly Recommended) --This text refers to an alternate kindle_edition edition.

Poet David Kherdian received a Newbery Honor for The Road from Home: The Story of an Armenian Girl (1979). His wife, Nonny Hogrogian, is a two-time winner of the Caldecott Medal, first for Always Room for One More (1966), and second for One Fine Day (1972). She also received a Caldecott Honor for The Contest (1974). They live in Florence, Massachusetts.

Nonny Hogrogian is a two-time winner of the Caldecott Medal, first for Always Room for One More (1966), and second for One Fine Day (1972). She also received a Caldecott Honor for The Contest (1974). Her husband, poet David Kherdian, received a Newbery Honor for The Road from Home: The Story of an Armenian Girl (1979). They live in Florence, Massachusetts. --This text refers to an alternate kindle_edition edition.

Fred Burstein
5.0 out of 5 stars It's Lovely
Reviewed in the United States on 23 April 2021
Verified Purchase
The story is heart warming and the illustrations are wonderful. A real treat for children.
Read more
Report abuse

Gay Congdon
5.0 out of 5 stars So sweet
Reviewed in the United States on 4 January 2014
Verified Purchase
This is a perfect book for my youngest (18-month) grandchild. It's her new favorite and she'll soon have it memorized, I'm sure. the drawings are delightful.
Read more
Report abuse

Regina Wright
5.0 out of 5 stars Five Stars
Reviewed in the United States on 12 March 2015
Verified Purchase
Great book and story. This book is great quality.
Read more
Report abuse
See all reviews
Back to top
Get to Know Us
Make Money with Us
Let Us Help You
And don't forget:
© 1996-2021, Amazon.com, Inc. or its affiliates