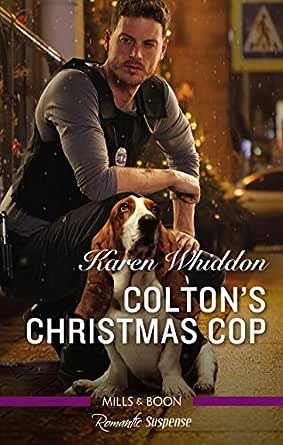 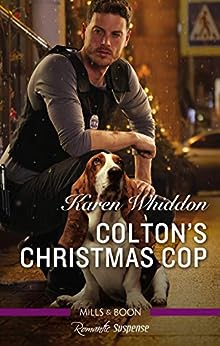 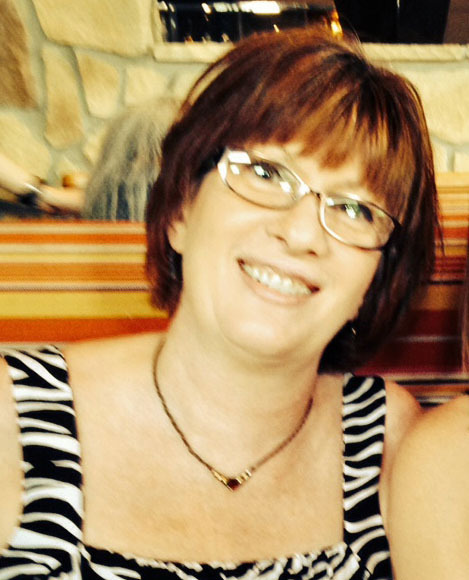 Layla Colton would do anything for her family’s company — even marry a man she doesn’t love. But when she’s framed for a crime she didn’t commit, Layla has more to worry about than wedding bells. Officer Hunter Black and his K-9 companion are on the case. Can they rescue Layla from the deadly shadows threatening to engulf Red Ridge?

Karen Whiddon started weaving fanciful tales for her younger brothers at the age of eleven. Amidst the Catskill Mountains of New York, then the Rocky Mountains of Colorado, she fueled her imagination with the natural beauty that surrounded her. Karen lives in north Texas, where she shares her life with her very own hero of a husband and five rescued Boxer dogs. She is now a full-time writer! Check out her website, www.karenwhiddon.com.

Evampire
TOP 500 REVIEWER
4.0 out of 5 stars 4 Cop Stars
7 November 2018
Format: Kindle Edition
Layla Colton is engaged to marry a man she doesn’t love and she’s being framed for a crime she didn’t commit. Can Officer Hunter Black and K-9 partner protect Layla from an unknown enemy or enemies? Layla and Hunter are strong, captivating characters that effortlessly draw readers into their story as they to catch several different bad guys. The romance between Layla and Hunter is one of suspense, sweetness and passion as they fight their sizzling attraction and the emotional turmoil ensures that readers can really connect to them and their situation.

The plot is fast paced and full of intrigue that keeps anticipation building throughout with several surprising twists and turns that leave readers guessing until the very end. As a cop, Hunter has to gather the evidence but using his trusted K-9 partner and his gut instincts he knows where to look for that evidence. The adorably cute pooch with the friendly work loving attitude adds undeniable charm and delight to this holiday romance while family adds strife and tension. Readers can’t help but enjoy this heartwarming holiday read.

Sandra , I am 61 years young and I love God, my family,friends,and life
4.0 out of 5 stars A Good Book. I don't know if I would read it again.
6 December 2018 - Published on Amazon.com
Verified Purchase
“Would you like a sandwich?” she asked. “I made a couple ahead of time.” “No, thank you. Not yet.” He looked at her, his gaze clear and unclouded. “I’m in a little bit of pain.” Which meant whatever they’d given him earlier had worn off. Immediately, she moved toward him. “Did they give you some meds for home? I can get you a glass of water so you can take them.” “Wait.” He held up his hand. “I want to talk to you first. Will you sit with me?” That sounded ominous, like his next sentence might begin with It’s not you, it’s me. Gingerly, she sat. Her stomach churned and she braced herself, instinctively anticipating bad news. “I realized something important today when I saw that maniac holding a gun to your head.” All she could do was nod encouragement. “I can’t even begin to envision a life without you in it,” he said. “When I thought I might lose you, all the color leached out of the world.” He swallowed hard, clearly struggling to find the right words to convey whatever he was trying to say. He moved slightly and flinched, revealing his pain. “I’ve never felt such agony—grief, really—in my life.” The hurt he struggled to hide made her ache. More than anything, she wished she could somehow ease that, take it away. “Let me get you something so you can take a pain pill,” she urged. “In a minute. It’s not that bad.” She nodded and stayed put. Though she knew it would be better for him to take something and get ahead of the pain, it was also his choice. “I’m trying to ask you something important, Layla. Without medication, so you can’t say I’m not clearheaded.” He took a deep breath. “We’ve just about for certain caught the Groom Killer. Once he’s charged, this town can start having weddings again.” Whatever she’d thought he might say, that wasn’t it. She forced herself to hold still and waited to hear the rest. “I don’t have a ring, but I’m asking if you’ll marry me.” He shifted and then grimaced at the pain the movement brought. “I can’t even get down on one knee, but Layla Colton, will you do the honor of agreeing to become my wife?” Instead of answering, she started to cry. Clearly concerned, he made two attempts to push himself up and go to her, succeeding the second time. Though he moved awkwardly, he sat down next to her. “That’s not the reaction I was hoping for,” he pointed out gently. “But I get it. You just got out of one engagement and you need some space and time to—” “Hush.” She shushed him with a soft kiss. “Don’t you be trying to put words in my mouth. I’m crying because I’m so happy. I love you with all my heart, Hunter Black. And yes, I will definitely agree to become your wife. But first, let me get you some water so you can take a pain pill. We’ll talk about this more once you’ve had some rest.” He laughed. “Does that mean we’re engaged?” Though she’d already pushed to her feet and headed toward the kitchen, she pivoted back and kissed him again. “As long as you promise to let Goose be in our wedding, yes. We are engaged.” Goose perked up at the sound of her name and whined. Hunter ruffled her fur and smiled at Layla. “Now I know I definitely picked the right woman,” he said. “Was there ever any doubt?” And Layla went to get him his water. There’d be plenty of time to make plans. Right now, Hunter needed to heal. And she’d do her best to help him do exactly that.
Read more

Linda Silva
5.0 out of 5 stars Colton's Christmas Cop ( The Coltons of Red Ridge )
5 November 2018 - Published on Amazon.com
Verified Purchase
I haves loved every book in this series. You get to smile and see the love that's right there in front of your eyes. You get to watch and see what trouble is happening around the next corner. You get to see the action that's right there. The Colton's are a caring and loving family and will protect each other.
Read more
2 people found this helpful

Irene Greenhoe
5.0 out of 5 stars A better life
2 November 2018 - Published on Amazon.com
Verified Purchase
The author captures your imagination and runs with it happily to the end. The plot was well done to the end.
Read more
One person found this helpful

Kindle Customer
5.0 out of 5 stars Colton' s Christmas Cop
15 December 2018 - Published on Amazon.com
Verified Purchase
Five stars---this was another excellent read in the series. I have thoroughly enjoyed each book in this series--lots of intrigue & romance--very exciting read! Highly recommended for all!!
Read more

Connie Paruch
5.0 out of 5 stars Great series
23 December 2018 - Published on Amazon.com
Verified Purchase
Great book
Read more
Go to Amazon.com to see all 9 reviews 4.5 out of 5 stars
Get FREE delivery with Amazon Prime
Prime members enjoy FREE Delivery and exclusive access to movies, TV shows, music, Kindle e-books, Twitch Prime, and more.
> Get Started
Back to top
Get to Know Us
Make Money with Us
Let Us Help You
And don't forget:
© 1996-2020, Amazon.com, Inc. or its affiliates