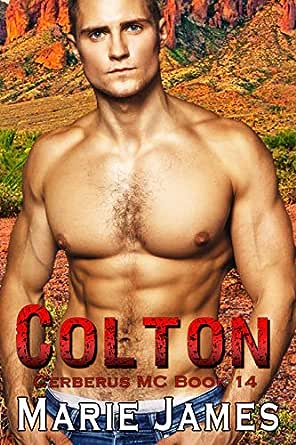 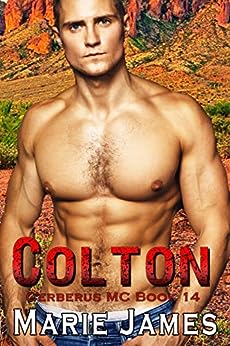 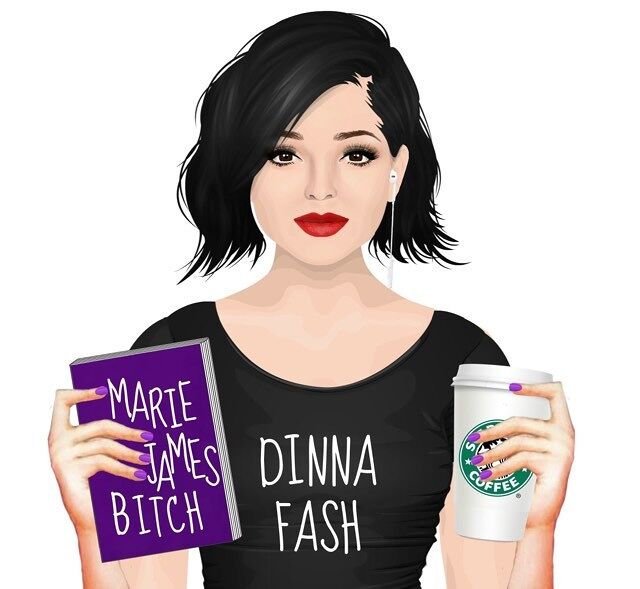 4.9 out of 5 stars
4.9 out of 5
37 global ratings
How are ratings calculated?
To calculate the overall star rating and percentage breakdown by star, we don’t use a simple average. Instead, our system considers things like how recent a review is and if the reviewer bought the item on Amazon. It also analyses reviews to verify trustworthiness.

Doris
TOP 500 REVIEWER
5.0 out of 5 stars Fantastic!!
Reviewed in Australia on 15 October 2020
I have to say that with reading the Cerberus series I never thought that I would actually be thinking that a homicide detective would catch my interest. Colton had caught Sophia’s interest as well. She was going to be interning under Detective Matthews for the next two months and it took everything within his power to keep any kind of relationship with Sophia on a back burner.

Reading about how their relationship was coming along drew me in and wouldn’t let go of me. The chemistry was definitely there even though there was a thirteen year age difference. Sophia was a great heroine because she was sexy, smart, and stronger than most people thought. Colton had a little surprise that he hadn’t mentioned to Sophia which she walked in on with only his shirt and boxers on. There was another guy in the kitchen that morning and she (and I) was totally surprised by who that turned out to be.

This book was sprinkled with some absolutely hilarious moments that had me loving this book even more. The chemistry between Colton and Sophia was sizzling. I cannot wait for the next book to come out because I have a feeling that it’s going to just as delicious as this book was. This is a book that I would highly recommend!

Samantha Blundell
TOP 100 REVIEWER
4.0 out of 5 stars 4.5 stars
Reviewed in Australia on 16 October 2020
Another couple of Cerberus! Colton and Sophia made quite the enjoyable read. I loved their dynamic. This slow burning romance has me hook from the start. Sophia is such a sassy, feisty heroine, so she made quite the match for our hero. Colton is such a sweet man, I just love him. His heart is pure, just like the rest of these Cerberus men. You can't help but fall in love with them.

As soon as you open this book you will be captivated by the world and not want to put it down. I am So so interested to find out more about Sophia's best friend, I need to know more. Bring on more Cerberus.
Read more
Helpful
Comment Report abuse

Kerry Fletcher
5.0 out of 5 stars Single Dad Yum!
Reviewed in the United Kingdom on 16 October 2020
Verified Purchase
Smashed it out the park once again! 15 books in and not one has let me down! Bloody love this series!

Colton and Sophia just added more to my love of the Cerberus MC world. Colton is a cop who gets the job of overseeing Sophias internship at the PD. The attraction between them is instant but Colton being the good guy he is refuses to give in to it. Shes a fair few years younger than him and because of his situation he didn't want to put that on her. Thankfully Sophia is pretty mature for her age and gives him space to sort through his feelings even though it kills her to stay away.

I loved how the feelings between them grew before anything physical happened. Usually its the other way round and it added a little something different to this story. By the time they get together they're like an insatiable fire burning up everything in their wake.

I loved everything about Colton. His work ethic, his moral code, his love for his son and family just absolutely everything! The scene with Dominic at their first official meeting had me swooning hard! I was sweating for him but also laughing too.

Sophia is such a contradiction that i loved her for it big time. Shes strong and mature and funny but shes also a little vulnerable and emotional and needs someone to take care of her. I loved how she'd break down have a moment then get straight back up.

Loved the whole storyline. It just fills my heart with joy seeing any of the other characters in these stories and this is no different even though it stepped out of the MC itself this time. The stories unravelling alongside the main one have me itching and desperate for more! I didn't want it to end! I wanted to carry on straight to Drews story! And... what the what is going on with Rick and Landon?!?! Ohhh my days!! Bring them on!

Gripped and enthralled by this page turner i totally and utterly fell for Colton and Sophia. Highly recommend especially to those who love a great series of interconnecting stories that feel like coming home. Brilliant!
Read more
Report abuse

Michelle McC
5.0 out of 5 stars Loved this book
Reviewed in the United Kingdom on 15 October 2020
Verified Purchase
Absolutely loved this book can’t wait until the next book or any book from this author
Read more
Report abuse

Zetter
5.0 out of 5 stars Life's Unexpected Rewards!!!
Reviewed in the United States on 16 October 2020
Verified Purchase
Colton "Colt" Matthews, a single father of a teenage boy named Rick and a detective at the Farmington Police Department. All the Ceberus MC members knew about him from the time they spent in the community doing charity work. But they've never interacted with each other until in the previous book, ROCKER.

He became close to the Ceberus gang, he even helped Sophia Anderson out with one of her courses in order for her to be able to finish college. But he never expected to fall for the young, beautiful and accomplished woman.

Sophia "Soph" Anderson, daughter of Dominic & Makayla (DOMINIC), and Jasmine's (TUG) little sister. She had a crush on the sexy as sin detective Colton Matthews. When she was given the opportunity to shadow him for one of her classes, she was pleased. It gave her a chance to be up close and personal with the man of her many fantasies.

Loved the push and pull dance that Soph and Colt had going on. They were very professional despite their mutual attraction. But once her internship was over all hell broke loose.

Sophia's best-friend Izzy, Hound's daughter was pregnant. When hervfather found out, he wasn't pleased but eventually he came around. She never told them who the father of her baby was.

Drew, Lawson's younger brother found himself in a tight spot. He'd finished his police academy and was hired right away by the New Mexico State Police. But when Lawson got a phone that his brother was arrested for murder, let's just say that things at the Ceberus MC took on a new life of its own.

Also when Colt's job put Sophia, Rick and their friend (Landon) in danger, he did everything in his power to make sure his loved ones were protected, come what may. Even if it meant asking Dom for help. Really enjoyed seeing how Soph and Colt handled meeting each other's parents.

Janet L Hunt
5.0 out of 5 stars Fantastic!!
Reviewed in the United States on 16 October 2020
Verified Purchase
Holy moly! Colton is a police detective and Sophia is his intern, shadowing him. This was a hot, steamy tale between Colton, a 35-year-old single dad and Sophia a 22-year-old princess within the Cerberus crew. They had serious chemistry! I loved the lust, angst, and steam. The story line was extremely well developed and well written. Loved it!! I am voluntarily leaving a review form an advanced copy that I was gifted from the author. My reviews are solely based on my thoughts and opinions.
Read more
One person found this helpful
Report abuse

Deb
5.0 out of 5 stars Colton
Reviewed in the United States on 19 October 2020
Verified Purchase
I love Colton and Sophia together. Their banter is cute and the sex holy crap they light up the pages in flames. I can't wait to see more of them in the future. I also can wait to see what the deal is between Izzy and Drew. I love this series.
Read more
Report abuse
See all reviews
Get FREE delivery with Amazon Prime
Prime members enjoy FREE Delivery and exclusive access to movies, TV shows, music, Kindle e-books, Twitch Prime, and more.
> Get Started
Back to top
Get to Know Us
Make Money with Us
Let Us Help You
And don't forget:
© 1996-2020, Amazon.com, Inc. or its affiliates