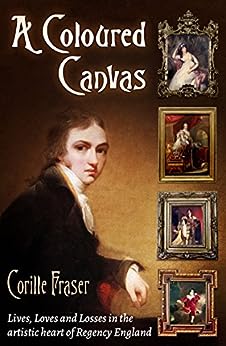 A Coloured Canvas: Lives, Loves and losses in the Artistic Heart of Regency England Kindle Edition