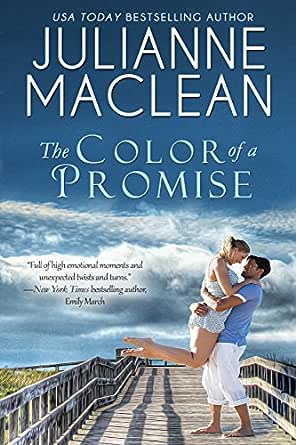 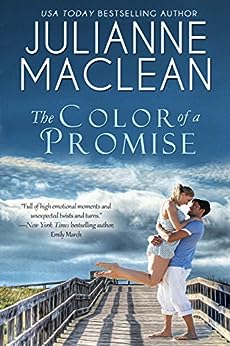 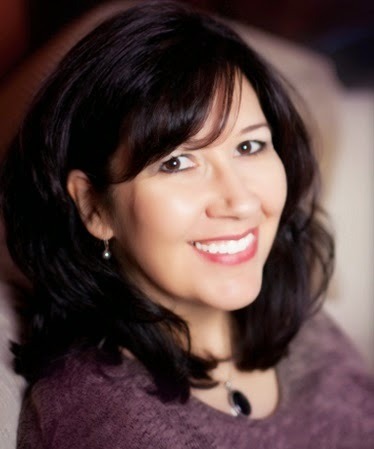 Julianne MacLean is a USA Today bestselling author who has sold more than 1.3 million books in North America alone. Her novels have also been translated into Spanish, German, Portuguese, French, Japanese, Turkish, Russian, and Dutch. She has written twenty historical romance novels, including the bestselling Highlander Trilogy with MacMillan/St. Martin's Press and her popular Pembroke Palace Series with Avon/Harper Collins. She recently turned down a six-figure advance from a major New York publisher in order to self-publish a contemporary mainstream fiction series. The first novel in that series, THE COLOR OF HEAVEN, was a USA Today bestseller in 2013. Julianne is a three-time RITA finalist with Romance Writers of America and has won numerous awards, including the Booksellers' Best Award, the Book Buyers Best Award, and a Reviewers' Choice Award from Romantic Times for Best Regency Historical of 2005. She has a degree in English Literature from the University of King's College in Halifax, and a degree in Business Administration from Acadia University in Wolfville. She lives in Nova Scotia with her husband and daughter, and is a dedicated member of Romance Writers of Atlantic Canada. She is represented by Creative Media Agency in New York. --This text refers to the paperback edition.

Rosie
TOP 100 REVIEWER
5.0 out of 5 stars Another 5 star read from the mistress of good story telling.
Reviewed in Australia on 16 June 2020
Verified Purchase
Julianne MacLean never disappoints. I love her Color of Heaven series and always grab one when they come up on special offer.
Each story is heart felt, the characters going through challenges in their lives and trying to be better versions of themselves. There is always a touch of the supernatural in MacLean's stories, and this one hints at the possibility of reincarnation.

Jack Peterson's childhood was mostly happy except for niggling rivalry with his older brother and the pain of losing a dear friend, Millicent in a plane crash, when he was just 13.
Now, star CNN presenter, Jack has become a household name since he survived an horrific incident while covering the war in Afghanistan. Heroic, handsome and with an empathetic touch, he is beloved by all.
While in Maine to visit his family, he witnesses and films a plane exploding out of the sky.
Engineering specialist with the NTSB, Meg Andrews is called to Maine to investigate a plane crash. When she discovers that Jack Peterson is the CNN man on the ground with valuable footage, she is excited to meet him.
As the two get to spend time together during a grueling investigation, they draw ever closer and make some discoveries about themselves and each other.
Jack has always had a sense of other lives lived, and after meeting Meg, he is hounded by the idea that she might be his dearest friend, reborn.
In the end, it hardly matters whether she is or not, because they have each found their truest love.
Read more

Amazon Customer
5.0 out of 5 stars Enjoyed this book.
Reviewed in Australia on 12 January 2018
Have read this series and this was one of my favourites as it didn't go backwards and forwards in different time segments just a bit to set the story in place.
Read more
Helpful
Comment Report abuse
See all reviews from Australia

Amazon Customer
5.0 out of 5 stars Five Stars
Reviewed in the United Kingdom on 14 August 2016
Verified Purchase
I have loved all the books of colour and this one was just as good keep them coming xx
Read more
Helpful
Sending feedback...
Thank you for your feedback.
Sorry, we failed to record your vote. Please try again
Report abuse

Peter Walsh
5.0 out of 5 stars Perfect
Reviewed in the United Kingdom on 29 June 2017
Verified Purchase
Another perfect read, I read this series over and over they are simply wonderful can we have more please Gail Walsh
Read more
Helpful
Sending feedback...
Thank you for your feedback.
Sorry, we failed to record your vote. Please try again
Report abuse

PurrpleCrone
3.0 out of 5 stars About reincarnation
Reviewed in the United States on 25 March 2019
Verified Purchase
I enjoyed this story. I remember the first time I ever read a story about reincarnation was decades ago, called the reincarnation of peter proud. I am a believer. Two things I don't like about this story is what I don't like about most stories when they are told in the first person. It's very limiting. Also, there was very little romance when I felt like there should've been a lot more. Not sex but something. Something was missing. Maybe again it's the told in the first person part. Anyhow, I am reading her new one called a curve in the road. Again, told in the first person which I don't like but I'm reading it anyway because the premise is interesting to me. But so far I am at 36% and I'm still waiting for something significant to happen other than the accident. I may or may not read anymore of this author's work.
Read more
15 people found this helpful
Helpful
Sending feedback...
Thank you for your feedback.
Sorry, we failed to record your vote. Please try again
Report abuse

Golden Girl
4.0 out of 5 stars The Color of Heaven Series, book 11 Promise
Reviewed in the United States on 5 February 2020
Verified Purchase
This book continues with the characters Jack and Aaron Peterson from the previous book, Forever. Here Jack is critically injured while working for CNN, riding in a convoy in Afghanistan. His estranged brother is the first one at his side when he regains consciousness. Soon another character is added to the mix, Meg Andrews, investigator with the FAA/NTSB. The story is interesting and flows well. I am just not a fan of the subject of reincarnation in the story.
Read more
3 people found this helpful
Helpful
Sending feedback...
Thank you for your feedback.
Sorry, we failed to record your vote. Please try again
Report abuse

Ellen Oceanside
4.0 out of 5 stars STORIES YOU DO REMEMBER READING
Reviewed in the United States on 28 October 2018
Verified Purchase
Having read most of these in the series, and they touch on subject, that cause one to stop and ponder. Life is precious, the memories are golden. Reincarnation, a subject not very often mentioned, and this author has done a beautiful job, with stories. Can be read in any order, though I did from the beginning, they are stories you do remember having read.
Read more
4 people found this helpful
Helpful
Sending feedback...
Thank you for your feedback.
Sorry, we failed to record your vote. Please try again
Report abuse

zzz
5.0 out of 5 stars Entire series is inspiring, each an intriguing story with great character development. Well-edited.
Reviewed in the United States on 19 May 2017
Verified Purchase
This review is for the Series -- consistently enjoyable reads: Absolutely inspiring -- every book in the series! -- well-developed characters, and wonderful story lines -- all stand-alone novels (though most are more meaningful if read in order) -- and very different kind of read. Earlier, I had read 3 of these books, out of sequence, and loved each one so much that I decided to start with the first and read them in order. While definitely stand-alone reads, there is some cross-over in some of the stories that made the reads much richer. I loved reading them straight through from 1-12. I will read #13 next and any that Ms MacLean adds to the series. This is a very special series, and the stories touched my heart.

Great character development, inspiring and intriguing story line, and great editing. A pleasure to read any book by this author.

jspence
5.0 out of 5 stars What a stellar book
Reviewed in the United States on 28 October 2016
Verified Purchase
OMG where has this writer been? This was a great book. I loved the whole reincarnation feel of it and the interaction with the characters was stellar. The writing was great (I did catch a few typos). I have to admit at first I was skeptical bc of the book went almost straight into past descriptions but they stayed there until they wren's needed anymore. IDK if the other books in this series are as good but am definitely willing to give another a try. The plane crash was sad of course but everything was handled so well. Thanks to book bub. I'm not sure I would have found this otherwise.
Read more
4 people found this helpful
Helpful
Sending feedback...
Thank you for your feedback.
Sorry, we failed to record your vote. Please try again
Report abuse

Kindle Customer
4.0 out of 5 stars Marti 's review
Reviewed in the United States on 19 November 2018
Verified Purchase
Never thought much about reincarnation and the feeling of dejavu. Two workaholics that meet after a tragedy and find a connection. The story was a little out there, but still entertaining. I recommend this book.
Read more
2 people found this helpful
Helpful
Sending feedback...
Thank you for your feedback.
Sorry, we failed to record your vote. Please try again
Report abuse

Kindle Customer
4.0 out of 5 stars Excellent
Reviewed in the United States on 8 March 2020
Verified Purchase
This was one of the best books I've read in a long time. I have read a couple of her books and I enjoyed reading them. Plan on reading more of this author
Read more
One person found this helpful
Helpful
Sending feedback...
Thank you for your feedback.
Sorry, we failed to record your vote. Please try again
Report abuse

Linda B.
5.0 out of 5 stars Best book yet!!!
Reviewed in the United States on 19 August 2016
Verified Purchase
I have read every book in this series and I honestly have to say this is the best one yet. Great book Julianne. If you haven't read this series you really should read them all you won't be disappointed.
Read more
3 people found this helpful
Helpful
Sending feedback...
Thank you for your feedback.
Sorry, we failed to record your vote. Please try again
Report abuse

Stacy B Whaley
5.0 out of 5 stars The color of promise
Reviewed in the United States on 30 January 2020
Verified Purchase
I have read several in the series there all good but really enjoyed this one book 11 ,its a great stand along book also
Read more
Helpful
Sending feedback...
Thank you for your feedback.
Sorry, we failed to record your vote. Please try again
Report abuse