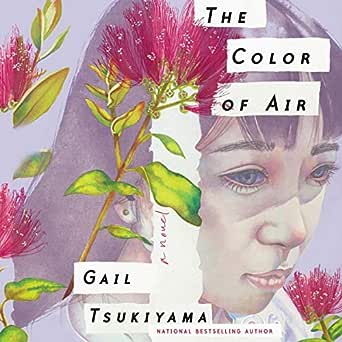 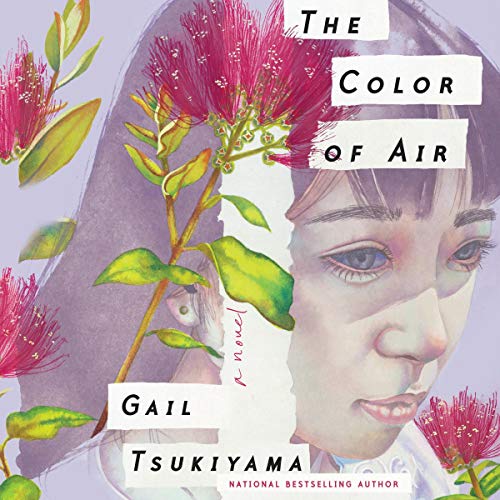 The Color of Air: A Novel

4.2 out of 5 stars
4.2 out of 5
392 global ratings
How are ratings calculated?
To calculate the overall star rating and percentage breakdown by star, we don’t use a simple average. Instead, our system considers things like how recent a review is and if the reviewer bought the item on Amazon. It also analyses reviews to verify trustworthiness.

D.M.
2.0 out of 5 stars Astonishingly careless about Hilo and its history
Reviewed in the United States on 3 September 2020
Verified Purchase
I was born and raised in Hilo, so I've known the town and the island from as far back as the 40s and 50s (and up to the present, of course).

The prose is OK, although as another reviewer (also from Hawai'i) noted, the pidgin is poorly rendered. It's rare for "yeah" to be spoken mid-sentence. Almost always, it's at the end. The pidgin seems mostly pidgin imagined by someone who never spoke it or never listened carefully, or never ran the dialog past a pidgin speaker.

The plot is strained but is, I suppose, believable. (That there was an eruption in 1935 is not an issue.)

What grated on me were the seemingly-endless series of errors about Hilo, the island, the volcano, the plantations, and the Japanese community.

Here are few examples of really, seriously, careless locational research. Remember, the novel's set before 1935. And yet we find:

Having people on a ship in Hilo Bay able to see lava fountains and flows on Mauna Loa (the part where the 1935 eruption happened) is simply not possible. A red glow -- sure. The rest could never have happened. The visit to the lava flow is poorly rendered (I've been around lava flows and even run away from them, so I do know what I'm talking about).

She writes as though, in 1935, the Saddle Road existed more or less in its present form, such that her characters could hop into a truck and drive up to the flow. No. Although there were some tracks/trails used by ranchers, what we know as the Saddle Road was built during WWII.

And more about volcanos -- she cribbed from a Hawaii Volcanos Observatory paper published in 2019, about the 1881 flow. But she didn't realize that the roads the HVO writers (one of whom I know well) were describing simply did not exist in 1935 -- that road (Komohana) was built around 1970. And yet characters talk about Komohana.

I could go on and on, but I'll finish with the most egregious of all her errors: there's no mention (even indirectly) of the absolute center of Japanese society in Hilo -- the settlement of Shinmachi. She writes about the areas near Shinmachi but seems to never have heard anything about it. You simply could not have been a Hilo Japanese person and not known about Shinmachi and what was there and how it functioned. Shinmachi was a vibrant community up until the 1960 tsunami. Many of my Hilo High classmates lived in Shinmachi.

Leaving out Shinmachi in a book about Hawai'i Japanese is like writing a novel about Jews in NYC and failing to mention the Lower East Side. It's that bad.

And quite spectacular carelessness. It would seem that she's gotten away with it, which to me is disgraceful.
Read more
56 people found this helpful
Report abuse

Frances H. Kakugawa
2.0 out of 5 stars A Disappointment
Reviewed in the United States on 23 August 2020
Verified Purchase
After reading The Samurai's Garden, this was a let down and I couldn't finish the book. Is it because I'm from Hawaii?
The plot seemed weak with so many secondary characters with different time frames. The use of "eh" and "yeah", I'm sure , was a way to bring Pidgin into the story but that didn't work. Will give it a second try someday.
Read more
8 people found this helpful
Report abuse

Amazon Customer
4.0 out of 5 stars Don't hesitate!
Reviewed in the United States on 4 August 2020
Verified Purchase
Believable characters, believable story, and believable ending, all against the backdrop of Hawaii's big island in the 1930s. The writing is descriptive without being wordy. The reader can smell ripened mangoes, smoke from the burning cane fields, and fresh fish being unloaded on the docks. You can see the aqua ocean, the bluest sky, and the intricacy of hand-made leis. You feel hot around the lava flow and equally chilled deep in the island's caves. Stay with the story at the beginning ... it jumps around time a bit ... you have to think about who is talking and when.
Read more
6 people found this helpful
Report abuse

Kerri S. White
4.0 out of 5 stars Great recommendation
Reviewed in the United States on 12 July 2020
Verified Purchase
When I saw that the author Lisa See recommend this book, I knew I would enjoy it. The story takes place in Hawaii during the time that immigrants came to the island to work on the sugar plantations in the early 1900s. Well written with great character development.
Read more
6 people found this helpful
Report abuse

ibuystuff
5.0 out of 5 stars Evocative, transporting historical novel
Reviewed in the United States on 10 July 2020
Verified Purchase
An evocative historical novel that sheds light on a period and setting that I was unfamiliar with. Loved the lush sensory details. The book transports you to Hawaii and the characters seem like old friends by the end of the pages. A great book club read!
Read more
5 people found this helpful
Report abuse
See all reviews
Back to top
Get to Know Us
Make Money with Us
Let Us Help You
And don't forget:
© 1996-2021, Amazon.com, Inc. or its affiliates