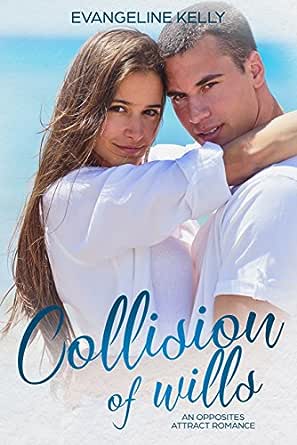 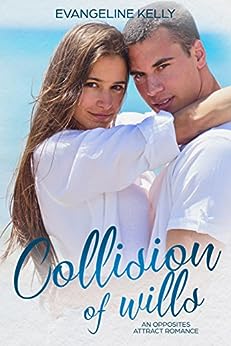 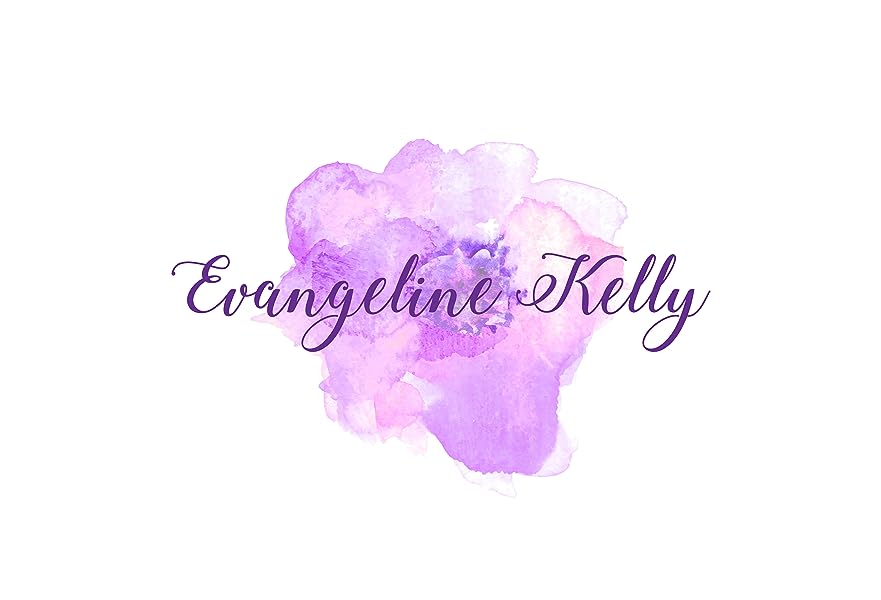 A snobby rich girl meets a rough around the edges artist. Can two people from completely different worlds come together?

Alexa Covington lived in a wealthy community in Malibu, California. She liked pretty boys, shopping, and trips to the spa with her posse of mean girls—in that order.

Dylan West wanted to be an artist, but he felt confined to a life painting houses instead. Despite the fact that he longed for something more, he was determined to follow the path his father set out for him.

Back in high school, Dylan had a crush on Alexa, but he moved on. When their paths crossed years later, she barely remembered him.

One night, after volunteering at a teen center, Alexa walked to her car alone and was nearly assaulted. Dylan came to her rescue, and the two were forced to spend time together in urgent care.

An unlikely friendship ensued and feelings grew despite their differences.

Even if they wanted to, they couldn’t walk away from each other.

Dylan made Alexa rethink everything about her life of privilege.

But when her mother threatened to cut her off if she didn’t leave Dylan, Alexa was forced to make a choice. Continue living the entitled existence she’d always known or choose another path, one that would change her world forever.


This is a contemporary Christian story of redemption that takes the characters on a journey as they count the cost of the Christian life and learn to treasure Christ most of all.

Stacey
TOP 1000 REVIEWER
4.0 out of 5 stars A fun, clean read :)
Reviewed in Australia on 3 July 2018
Format: Kindle Edition
I didn’t want to put this book down. Initially I wasn’t sure how well I would get in to it. The thought of the main female character being a shallow, snobby, materialistic princess type wasn’t a draw for me. But I figured that it would have to get better since this is an opposites attract storyline. And I’m glad I read it. Turns out the snob was actually really kind hearted - just lived in an environment where she was taught to put herself first & to hold material things of upmost importance & value. Eventually she realises that she wants more out of life. That her current lifestyle isn’t giving her real happiness.
Enter our hero - a tough looking artist who sees our hero for who she really is, or at least could be, but is scared to open his heart to all the possibilities a relationship with her could hold. Combined with external pressures & opposition we have great potential for the classic miscommunication dilemma most romance novels portray. I was gearing up for the book to go that way, but was pleasantly surprised that the author actually wrote the critical scene the way she did. Whilst there was some conflict & emotional stress which could have dragged the book out needlessly, communication lines were kept open. The point of difficulty was resolved.
I could go on about all the points I liked about this book but I’ll keep it down to two - the fact that it is a clean book! And the interactions between all of the characters - despite there being a lot of potential for negative feelings from certain characters & their interactions, I appreciate that the author took a higher moral ground with her characters :)

Overall, a feel good, clean & fun read. Can definitely recommend & would enjoy reading the follow up book when it comes out.

I received an ARC from the author but I am voluntarily giving my honest opinion.

Sabrina
5.0 out of 5 stars Stunning Story!!!!!
Reviewed in Australia on 18 August 2019
Format: Kindle Edition
This is one of the best books I’ve ever read!!! It is extremely well written and has themes that are always applicable, even if we have never received earrings from Tiffany’s.
I love this story about Alexa and Dylan. They are both extremely relatable even though most of us aren’t in there positions. They are on the extreme ends of the spectrum and this is a powerful story of what God can do with your life if you let him.

Makonz
5.0 out of 5 stars Loved this book
Reviewed in Australia on 26 July 2018
Format: Kindle Edition
The way that the story develops as the characters mature is both believable and very satisfying. Well written and thoroughly enjoyable to read.
Read more
Helpful
Comment Report abuse
See all reviews from Australia

DiscreetReader
5.0 out of 5 stars Love the title of this sweet book
Reviewed in Canada on 30 December 2018
Format: Kindle EditionVerified Purchase
I love how this author matures two very different characters with their unique personalities and faults. Flipping from one main character’s point of view to the other brings out their histories and the changes that are happening. Their growing faith make this such a fun and great read!
Read more
Helpful
Report abuse

Klkfrog
5.0 out of 5 stars Growing in faith and love
Reviewed in the United States on 2 July 2018
Format: Kindle EditionVerified Purchase
This was an amazing story. I loved the characters and the plot grabbed me from the beginning and wouldn't let me go. Alexa is a new believer. I loved watching her grow in her faith and in her character throughout the book. She had to learn what it meant to live life without the privileges she grew up with. Dylan has had a rough life and has such a tender heart. I enjoyed seeing his soft side come out as we learned about his past. The chemistry between the couple was great and yet still clean. I loved their integrity with each other and with their families. They had to overcome the vast chasm between their upbringings. I highly recommend this to anyone that loves clean coming-of-age romance.
Read more
3 people found this helpful
Helpful
Report abuse

Kindle Customer
5.0 out of 5 stars Another good book from Evangeline Kelly!!
Reviewed in the United States on 4 July 2018
Format: Kindle EditionVerified Purchase
I am a big fan of Evangeline Kelly. i have most of her books and have enjoyed them a!!. When I started reading the first few chapters of this book,. I couldn't stand the main female characters. They were very shallow and they were perfect "mean girls". I am overjoyed that Alexa allowed God to change her behavior and her heart. The book was very good . Ms. Kelly's writing took me on a rollercoaster ride of emotions . I went from despising Alexa to crying tears of joy at the end. Although I received an ARC (Advanced Readers Copy) of the book, I purchased a copy so that I could re-read it at a later time.I recommend this book to anyone who enjoys reading Christian romances.
Read more
3 people found this helpful
Helpful
Report abuse

RebeccaM
5.0 out of 5 stars Opposites may attract; but this couple has opposing friends and parents, too!
Reviewed in the United States on 12 July 2018
Format: Kindle EditionVerified Purchase
Alexa, whose close friends say is the “queen of indifference,” and a boy who is given a chance to develop his artistic talent, never really spent time together in high school, where he had a scholarship to attend. But, they find themselves somewhat drawn to each other, after an incident at the art museum. She had become a Christian, and was seeing the world differently, now. When her ex-boyfriend takes her on, loud and obnoxiously, Dylan walks over and stops him. She was impressed; but ends up playing the scene down, to keep Dylan from being ejected from the museum by the guy who was bothering her. A spark of interest begins in her, but she finds resistance from her mother, and Dylan isn’t willing to chance trouble for her, or himself. It is an excellent book, and you will likely have trouble setting it down for very long! If I could give it more than 5 stars, I definitely would!
Read more
One person found this helpful
Helpful
Report abuse

Bernadette Cinkoske
5.0 out of 5 stars With privilege must come growth
Reviewed in the United States on 2 July 2018
Format: Kindle EditionVerified Purchase
I love this new story from Evangeline Kelly. Sometimes a life of privilege has too high a price to be paid. Many characters in this book, not just the main ones, have a lot of growing to do. The characters are well developed. The story kept me up quite late. I should know that I cannot quit reading in the middle of one of this author's stories! I highly recommend this sweet Christian romance.
Read more
One person found this helpful
Helpful
Report abuse
Load more international reviews

Sherry
5.0 out of 5 stars Great Read!
Reviewed in the United States on 2 April 2019
Format: Kindle EditionVerified Purchase
I would recommend this book to anyone who enjoys heart warming love stories. I had a hard time putting this book down. I have read several books by Evangeline and this one ranks at the top of my list!
Read more
Helpful
Report abuse

Kindle Customer
4.0 out of 5 stars An Enjoyable Read
Reviewed in the United States on 26 July 2018
Format: Kindle EditionVerified Purchase
This book is about how people strive to reach goals set for themselves. A!ong the way there are obstacles to overcome, but faith in God brings them closer, and friends are there to give support.
Read more
Helpful
Report abuse

good choice
5.0 out of 5 stars Read1
Reviewed in the United States on 28 October 2018
Format: Kindle EditionVerified Purchase
This was a great book. I have added this author to my must read list. I was
fascinated with all the characters in the book. This author has captured my
attention.

Kindle Customer
5.0 out of 5 stars Awesome!!
Reviewed in the United States on 1 August 2018
Format: Kindle EditionVerified Purchase
I absolutely loved this book! Evangeline Kelly did a splendid job on this book!!
Read more
Helpful
Report abuse

Carol Reece
4.0 out of 5 stars Wonderful story
Reviewed in the United States on 6 August 2018
Format: Kindle EditionVerified Purchase
Great story ..told from beginning to end. Just enough religious references. Thank you I will continue reading your books. And into the next
Read more
Helpful
Report abuse