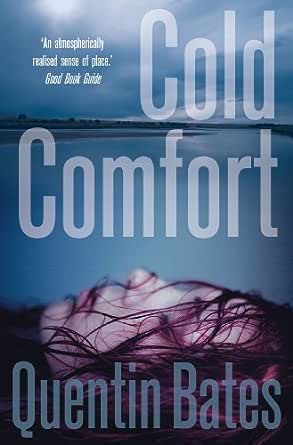 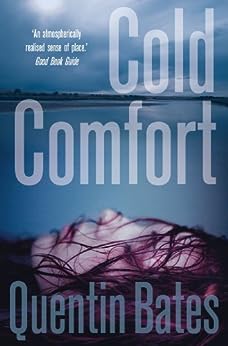 'Superior crime fiction set in Iceland... this is a well constructed, well written and satisfying police procedural' - The Times --This text refers to an alternate kindle_edition edition.

In British author Bates' solid follow-up to 2010's Frozen Assets, Gunnhildur 'Gunna' Gisladottir, now a sergeant with the Serious Crime Unit in Reykjavik, Iceland, looks into the murder of minor celebrity Svana Geirs, who hosted a TV fitness show and was intimately involved with various athletes and business figures...Bates, who lived ten years in Iceland...manages to engage the reader as Gunna explores the prominent men who knew Svana and deals with Magnusson's carnage.

More routine than Gunna's debut, but still required reading for anyone who wants a sense of how calamitous Iceland's meltdown was-and what just might be in store for American police procedurals next.

Porter is undaunted by the names of local people and places and smoothly transitions between the many characters. The complex mystery is centered on what appears to be separate crimes: the murder of a beautiful woman and an escaped convict's assaults on his former associates. Porter moves the dialogue along quickly as the skillful negotiations of Gunna and her team reveal that the case is not a simple murder and that its political overtones must be reckoned with.

Quentin Bates made his escape from suburbia at the end of the seventies as a gap year turned into a gap decade spent in the north of Iceland. He worked ashore and at sea before returning to England and, once finally ashore for good, drifted by accident into journalism.Finally the lure of fiction became too strong to resist. Sergeant Gunnhildur and the series of novels she features in have their origins in a deep affection for Iceland and its people, and an intimate knowledge of Icelandic society and its language, customs and quirks.Today he divides his time between the north of Iceland and the south of England, translating books from Icelandic in addition to working on his own fiction. --This text refers to an alternate kindle_edition edition.

Quentin Bates lived in Iceland for ten years before moving back to the United Kingdom in 1990, where he became a full-time journalist at a commercial fishing magazine. He and his wife frequently return to Iceland, where they have many friends, including several in the Reykjavik police.

Davina Porter has been enthralling listeners for over twenty-five years with her ability to mine the psychological depths of the characters she reads and bring them convincingly to life. In 2006, she won the prestigious Audie Award for Best Female Narration and in 2004 for Best Inspirational Literature Narration. She has been honored as an AudioFile Golden Voice and has won nineteen AudioFile Earphones Awards. As an actress, she has appeared on stage at the Vineyard Playhouse and the Square One Theater, among others.

4.2 out of 5 stars
4.2 out of 5
165 global ratings
How are ratings calculated?
To calculate the overall star rating and percentage breakdown by star, we don’t use a simple average. Instead, our system considers things like how recent a review is and if the reviewer bought the item on Amazon. It also analyses reviews to verify trustworthiness.

Lorraine Bowerman
3.0 out of 5 stars Too many characters to keep track of.
Reviewed in Australia on 10 June 2018
Verified Purchase
Given that I’ve read a couple of other books in this series, I expected to enjoy this one as well. However, I just felt there were too many characters through the entirety of the story and it became confusing to mentally keep track of who they were. This also made for a number of convoluted sub-plots involving a couple of perpetrators and the whole story became quite disjointed. Basically, at the end, Gunnhilder, the main character had to summarise the different cases for her boss and the reader. I just couldn’t wait to finish reading it and won’t be in any rush to read the next one in the series.
Read more
Helpful
Report abuse
See all reviews

GelS
5.0 out of 5 stars A Chilly Tale
Reviewed in the United Kingdom on 30 September 2013
Verified Purchase
This book, set in modern Iceland, features Gunnhildur ('Gunna,' as most Icelanders seem to have diminutive nicknames), a female police detective sergeant promoted from a coastal village near Reykjavik to a posting in the city. Gunna balances being a single, widowed mum with police work that depends on thoroughness and diligent effort rather than flashes of inspiration. A small-time TV celebrity is found murdered in her apartment and the following investigation reveals a tangled web of corruption and deceit amongst politicians and businessmen, with some rather unpleasant members of the criminal fraternity involved. This new (to me) genre of Scandinavian literature expands on the Swedish, Danish and Norwegian books I've loved, with the twist of being created by an Englishman with extensive knowledge of the country. I'm not sure how I discovered the Gunnhildur series, probably an Amazon deal, but I've moved straight from finishing 'Cold Comfort' to 'Frozen Out,' which probably reflects my enjoyment of the style. So far (70%+ and loving it as well), it's an interesting and satisfying way to read a series. Although there's plenty waiting to be read in my Kindle, Mr Bates will feature in future browsing of Amazon's 'shelves'. It's interesting that this female protagonist has not been created as anything but a basic ('large, with a face to frighten horses') person with normal personality traits, rather than a glamorous vixen - almost a feminist approach; very interesting and realistic. The use of some English slang in the dialogue actually adds to the realism for me. The sombre subject of the story is lifted by the humour and banter amongst the police officers, giving a depth and realism to the characters (as it's a Scandinavian story, much coffee is consumed).
Read more
2 people found this helpful
Report abuse

jecadebu
5.0 out of 5 stars A policewoman to believe in
Reviewed in the United Kingdom on 4 September 2014
Verified Purchase
I gave Gunna 4 stars in her first outing, but I am giving her 5 stars after the second volume in the series because I am so taken with her character. Quentin Bates has created a wonderful woman detective who is competent and respected for her skill, tough when she has to be, angry and outspoken when necessary, compassionate and empathetic when appropriate, and tired and grumpy when frustrated. In other words, a character the reader can believe in, and that includes her personal life as a widow raising a teenage daughter and finding a new partner. As in the first book of the series, background of the crimes remain tied to the financial collapse and the close interconnection of politicians, businessmen, police, and ordinary citizens in a very small country where winners expect to be protected and losers have few options. The Icelandic names are difficult to keep straight due to their frequent similarity, especially with the huge cast of characters in this book, but it's a worthy challenge in reading.
Read more
2 people found this helpful
Report abuse

Kindle Customer
5.0 out of 5 stars Gunna rocks!
Reviewed in the United Kingdom on 18 July 2019
Verified Purchase
If you love whodoneits then you'll love Hunnhildur - tough but pragmatic with a caring streak - she's quickly become my favourite investigator.
Icelandic, and Icelandic names aren't easy - and everybody has at least one nickname as well - so you need to keep your wits about you, and pay attention. Mind you, you should be doing that anyway 😀
Gunna will repay your effort in spades.
Read more
Report abuse

Simon Clarke
4.0 out of 5 stars Cold Comfort--Quentin Bates
Reviewed in the United Kingdom on 3 April 2012
Verified Purchase
There is much to enjoy in this second novel featuring
the fascinating Sergeant Gunnhildur.She has been moved
from her rural post to head-up a new serious crime unit
in the capital,Reykjavik.
She and her small team are faced with both tracking down
a violent escaped prisoner,and dealing with the murder of
a female socialite TV personality.As the somewhat complex
plot develops ,figures in the political and business elite
become suspects.
Aside from an engaging plot, this novel touches on the many
ways in which the financial crash affected the whole rubric
of Iceland and its citizens,and also there is the marvellous
character of Gunnhildur-caring,sharp and witty.
Read more
5 people found this helpful
Report abuse

Jeff M
3.0 out of 5 stars A leisurely but worthwhile read
Reviewed in the United Kingdom on 18 August 2013
Verified Purchase
This is a slow moving, low key and somewhat confusing story about a female detective in Iceland. I read the first Gunnhildur book which was very much like this one. Lots of characters with unpronouncable names makes for some confusion and the plot is very involved. However, I still enjoyed the book partly because it seemed very realistic with well drawn characters who are not over the top and events that unfolded in a seemingly random and uncontrived manner - much like real life. I also found the setting in a small city, in a small country oddly comforting, unlike other police / mystery novels I have read which spread their action over multiple settings. I found the ending to be a bit abrupt and not as satisfying as I would have liked, but in some ways it was in keeping with the rest of the book's low key style. I will read another Gunnhildur mystery if one appears as another Kindle Daily Deal bargain.
Read more
One person found this helpful
Report abuse
See all reviews
Get FREE delivery with Amazon Prime
Prime members enjoy FREE Delivery and exclusive access to movies, TV shows, music, Kindle e-books, Twitch Prime, and more.
> Get Started
Back to top
Get to Know Us
Make Money with Us
Let Us Help You
And don't forget:
© 1996-2020, Amazon.com, Inc. or its affiliates