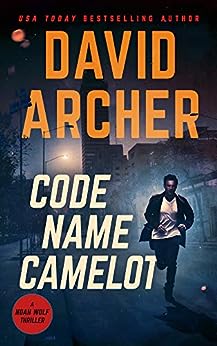 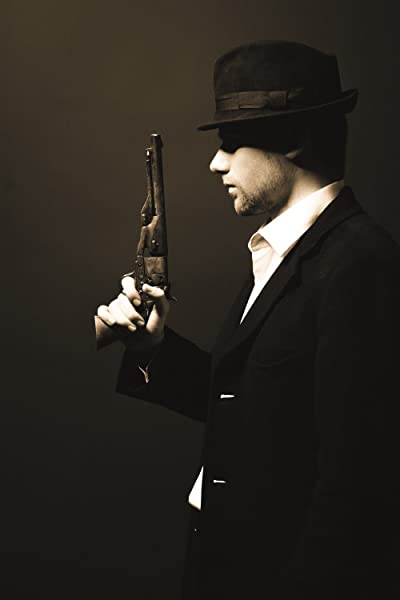 4.2 out of 5 stars
4.2 out of 5
3,946 global ratings
How are ratings calculated?
To calculate the overall star rating and percentage breakdown by star, we don’t use a simple average. Instead, our system considers things like how recent a review is and if the reviewer bought the item on Amazon. It also analyses reviews to verify trustworthiness.

Wen Johnson
5.0 out of 5 stars Totally unexpected enjoyable read.
Reviewed in Australia on 17 November 2017
Verified Purchase
I was totally fascinated by Noah's condition. It was so like a high funtioning aspergers. But was actually PTSD.
I was hooked on the story line and finished the book in two sittings.
There is an opening for the story to continue which would be great for a couple more adventures for Team Camelot.
I would thoroughly recommend this to any one who likes a book that is not full of fowl language and steamy unnecessary sex scenes. It was good to be able to leave those scenes to the reader's imagination rather than wasted space in an otherwise good book.
A really enjoyable read!
Thank you David.
Read more
2 people found this helpful
Helpful
Report abuse

Kingsley
5.0 out of 5 stars Not your typical thriller.
Reviewed in Australia on 28 January 2017
Verified Purchase
This book surprised me: an action thriller without a lot of action. Yes the hero is special, yes he is that good he doesn't really need training, but somehow that kind of makes sense given his special 'abilities'. What I liked about it is that he is part of a team, and without the team he would not be successful and he even acknowledges that.
Overall, quite enjoyed the story, it did surprise me (I was expecting a little bit different, and was happy to be proved wrong). I will now go through the rest of the Noah Wolf series hoping that the level of intrigue continues.
Read more
One person found this helpful
Helpful
Report abuse

kirribilligirl
TOP 500 REVIEWER
4.0 out of 5 stars Well written, absorbing and engaging story.
Reviewed in Australia on 20 January 2018
Verified Purchase
Well this character and author was an unexpected find and all the previous reviewers have stated this is a great read. What I enjoyed was how the author described how the team was formed it was really the majority of this first book. Many times authors can really bore the reader with this “setting the scene” this was not the case with this first book.
I sometimes struggle with assassin themed books, example I love Mitch Rapp but I dislike Will Robbie. So it was with trepidation I downloaded the book and $0.00 price made it with the punt. Noah is an interesting character and the PTSD that left him with zero emotions, no anger, no joy, he basically has learnt to pretend emotions to survive and yet his personality and charm shine through in this book which is an amazing piece of creative writing. His team are all interesting characters and it will be fun watching them develop.
The reason for 4 stars is simply the characters are all new and it will need a few books to develop. I suspect book 4 will be the turning point for Noah and 5 stars.
Read more
Helpful
Report abuse

Jane Lowe
5.0 out of 5 stars What a discovery
Reviewed in Australia on 22 January 2017
Verified Purchase
Over the last couple of days I stumbled across the works of David Archer. I was so enthralled with his creations that I joined his subscription list, this is something I rarely do ! His plots, characters etc have grabbed my attention from page one to the end, and left me immediately wanting the next novel. I highly recommend this author to all - it doesn't even matter which character you pick up, I.e. Noah Wolf, John Milton or Sam Pritchard, they are all great.
Read more
One person found this helpful
Helpful
Report abuse

Julie Johnson-begg
TOP 1000 REVIEWER
5.0 out of 5 stars Howling Good!!!
Reviewed in Australia on 15 May 2016
Verified Purchase
I have just finished the first two Noah Wolf novels an they are fantastic, the time spent to explain the lead character and his background and persona was interesting, the reader shared his life changing journey and it lead naturally into the Camelot series.. Can't wait for the next book in the series. Noah is a terrific lead character without the crudeness and gratuitous violence often found with other strong male leads in this genre.
Read more
3 people found this helpful
Helpful
Report abuse

Nickilicious
3.0 out of 5 stars I kind of liked this novel
Reviewed in Australia on 7 March 2018
Verified Purchase
I kind of liked this novel. I thought about giving up a couple of times and not finishing the book but I did read to the end. The idea is great but I felt like it was all a little easy for the main character once he joined the shadowy group. Everything handed to him on a plate. But if you like Lee Child then you'll probably like David Archer too.
Read more
One person found this helpful
Helpful
Report abuse

Amazon CustomerMJV
1.0 out of 5 stars A COOK BOOK
Reviewed in Australia on 10 April 2017
Verified Purchase
I thought this novel should have been listed in the cooking section. It spent so much time on the food everyone was eating or cooking that it near drove me to despair.
Read more
3 people found this helpful
Helpful
Report abuse

Kindle Customer
5.0 out of 5 stars Espionage and underground, underhand action to the max.
Reviewed in Australia on 14 January 2018
Verified Purchase
A man on death row, innocent but convicted because a high ranking senator has pulled all the strings, gets the opportunity to restart his life with a secret US government department specialising in making unwanted people disappear from the face of the earth. A must read.
Read more
One person found this helpful
Helpful
Report abuse
See all reviews

Gabriel
1.0 out of 5 stars Boring. Silly. Unbelievable. Nothing happens.
Reviewed in the United Kingdom on 2 November 2017
Verified Purchase
This is not an action thriller. According to my kindle it is 259 pages long, and by page 190 pretty much nothing has happened. It starts off well enough with Noah being sent to prison for a crime he didn't commit, then he is given a job with a secret organisation as an assassin. Then its just endless descriptions of the meals he has with his team at the secret base. Around page 190 they actually go on a mission, and the first thing they do when they get there is...have a meal. There is no main story arch. No initial problem which the reader wants to see solved. No reason to keep turning the pages. The proof reading is sloppy. Noah's eye brows spend an annoying amount of time "popping up". The author is way too fond of the phrase "a moment later". At one point he manages to squeeze it into a single sentence twice. I could forgive the lazy proof reading if something actually happened. But Noah just effortlessly aces a few silly training sessions, like wall-running for 12 miles through a mock up town which is somehow populated with real people who don't know that they are on a huge secret base, then he has more food. He gets given a beautiful house and a dream car, then sits around eating and chatting. How anyone could call this an action thriller is beyond me. Maybe it bursts into life in the last 50 pages, I don't know, I lost the will to live and put it down after 200 pages of meals and banal chit chat.
Read more
12 people found this helpful
Report abuse

Stuart H
2.0 out of 5 stars Unfortunately I will not be following Mr. Wolf
Reviewed in the United Kingdom on 30 May 2016
Verified Purchase
Sorry but this fell short of expectations. I was expecting a lot but I found the story at times difficult to believe and the dialogue was not what I would expect of people in the positions the characters were meant to be. Calling themselves assassins is not what I would expect of black ops personnel who I would expect to be more secretive about their roles. In fact at times I found the dialogue and narrative something that I would have expected to have been written by a teenager trying novel writing for the first time. So overall I was left feeling a little cheated. That said there were some good bits but unfortunately they were outweighed by the poor bits. I am sure many people will enjoy this read but with so many other similar novels out there I am afraid Noah will have to continue on without me. I hate giving negative reviews but cannot escape having to do so this time. David Archer you are a better writer than this.
Read more
9 people found this helpful
Report abuse

Pierrebleu
5.0 out of 5 stars Very good
Reviewed in the United Kingdom on 11 May 2021
Verified Purchase
Better quality than the Sam Prichard series.
More plausible characters but not sure I like them as much, maybe I quite like the impossibility good character Sam Prichard.
Noah Wolf is a totally different character, more ruthless and focussed. He is supposed to be devoid of feelings but his character obviously has a caring side shown by his artificial but totally believable smiles he thinks he should smile to people.

Noah is an under the radar government agent that appears to not be on the books but clearly is as are the clever and able members of his small team and members of similar teams.

He is dispatched on a job with very little preparation time but he carries out his duties with absolute perfection.

Michael Nolan
1.0 out of 5 stars An "Action Thriller" with no action or thrills.....
Reviewed in the United Kingdom on 21 August 2016
Verified Purchase
I am staggered by some of the comparisons to Lee Child or Vince Flynn. To describe this book as an "Action Thriller" is ludicrous. Unless you enjoy reading descriptions of the main character hosting bbq's for his team, where as much time is devoted to the 'social evenings', as is devoted to the the solitary mission (which takes place in the last few pages), give this a miss. If this were a product I would be seeking a refund!
Read more
13 people found this helpful
Report abuse

Mr Philip Tingle
1.0 out of 5 stars Repetitive
Reviewed in the United Kingdom on 24 January 2019
Verified Purchase
Starts off quite well and is interesting, but the main problem is that the author is constantly reminding the reader about 'our hero's inability to feel emotion. This constant reference becomes boring after a while. To say the book is action packed is a joke, the idea is good but the execution of the plot is poor. In the hands of another author you could have a real page turner. This is just a bland read, the main part of the story is about Noah's training and the ridiculous premise that a full working town could be incorporated into a training facility. The actual mission which is near the end of the book is an absolute joke, no drama, no action - just nothing. End of book school report "Can do better, lacks imaginations".
Read more
2 people found this helpful
Report abuse
See all reviews
Back to top
Get to Know Us
Make Money with Us
Let Us Help You
And don't forget:
© 1996-2021, Amazon.com, Inc. or its affiliates