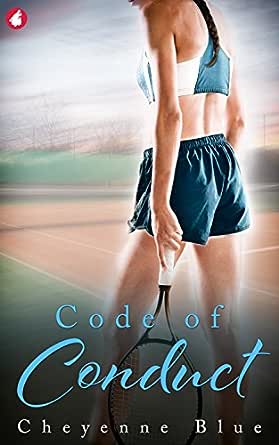 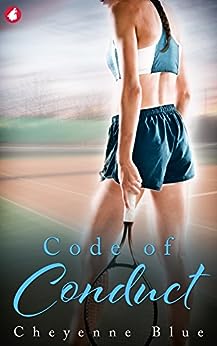 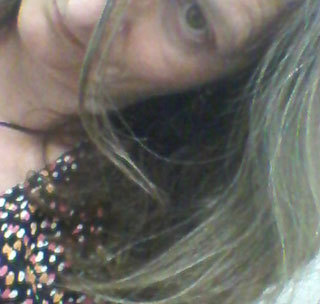 Em Lewis
5.0 out of 5 stars I loved this book
Reviewed in Australia on 15 September 2018
Verified Purchase
A great sports romance set in Australia. I enjoyed the tension of the matches and you learn of the difficulty faced by players and officials. Cheyenne Blue is a master of capturing the Australian landscape, I love how she transports you there.
Read more
Helpful
Comment Report abuse

Sophie ❤️
TOP 500 REVIEWER
5.0 out of 5 stars Code of Conduct.....is a Love Match.
Reviewed in Australia on 21 February 2020
The only thing that would have made reading this better.....would have been if I had read it while watching the Australian Open Tennis. What a fantastic story set on the tennis circuit. The tension on and off the court was sizzling, just like the conditions Aussie tennis is played in.

Although I no longer watch much tennis, I loved this and felt not only the urge to tune in on some games but also get my racket out of the cupboard and go hit a few balls. However, like Viva, I’m not sure my body could take it. I have umpired a few sports in my time and so I was fascinated with that aspect of the story. But it’s the chemistry between Viva and Gabriela that really drives this story and it’s electric.

I highly recommend this book.🎾🎾🎾🎾🎾

Miss S
5.0 out of 5 stars Loved it
Reviewed in the United Kingdom on 11 January 2019
Verified Purchase
I have not read this author before but was delighted by Code of Conduct. The descriptive way the tennis matches are played out is as good as the love story between the two main characters
Read more
Report abuse

Kindle Customer
4.0 out of 5 stars Realistic Tennis Romance
Reviewed in the United States on 28 November 2018
Verified Purchase
This is a well-written book based on the no-frat rule on the professional tennis circuit between players and umpires/linespeople. Ms. Blue has given us a realistic taste of what it's like to play professional tennis, as well as to be on the sidelines as an umpire/linesperson.
I think my review will be much different than others who have reviewed this book in that I did not find the character Gabriela likeable. I found her to be passive aggressive and whiny. I thought she could have been much more supportive to the other main character, Viva, who was an Australian tennis legend, and instead, she was very self-centered. Lastly, she was a stick-in-the mud. Life with her would be boring/selfish and that would be a shame for Viva.
In comparison, Viva is this vivacious, aging, but extremely popular player who comes from a very close, personable family that owns a bar/inn. She's been recovering from a wrist injury following her failed attempt to win the US Open that she blames on Gabriela's foot fault calls during the key tie breaker match. Foot fault calls are very seldom called and 2 in one game is really rare. Any player would call them disruptive in their concentration to serve the ball. In any case, it is Gabriela's job to call them and she does without any acknowledgement to Viva (when they speak of this incident 15 months later) that she understood how Viva could be upset with her calls. In real life, this is really the perfect umpire, however in a romance novel, I wanted her to at least express empathy (even if it was not disclosed to Vita at the time).
As we follow this story, Viva's tennis career is very much in question due to the long-term effects of her injury, despite outside pressures from the Australian tennis federation who want to honor her. Each time she plays, she's taking a chance. Mentally, she's not ready to quit yet either and this causes serious conflict with Gabriela.
Gabriela meanwhile is still trying to make the gold standard for umpires after 10+ years. She clearly has faced the usual discrimination in the work place and now added a new one. She's frustrated and ready to do the blame game to add conflict to the Viva relationship.
I didn't understand the attraction to Gabriela by Viva. What did Gabriela bring to the relationship that made it special?
Honestly, I thought the plot was excellent, secondary characters very interesting, but I did not want these two to be together in this book and would have enjoyed it much more if someone more likeable than Gabriela had been the love interest.
Read more
Report abuse

badDog4
5.0 out of 5 stars Good Characters and Relationship
Reviewed in the United States on 16 October 2018
Verified Purchase
The last two books I read, one of which is this one, posed interesting relationship questions that had us talking in our office. Code of Conduct is the story about a famous tennis player who becomes romantically involved with a tennis official in violation of the rules which compromises the position of the official.

The question is a potent one for any relationship—how to balance the dreams and ambitions of your partner vs. your own. And is this compromise a deal breaker for long term commitment? Always good stuff when a book gets people at the water cooler talking heatedly.

Viva, the tennis player, and Gabriella, the umpire are very appealing characters and you can see both points of view, asking one to give up the spotlight before she needs to and the other before she has a chance to reach her gold medal status. Tough choices which the author translates into some good sexual and story tension. Will they, won’t they, in the setting of Australia and the professional tennis world. I love these Aussie books. Something about the carefree style and warm vibe always draws me in. The supporting characters of friends and family are colorful and feel authentic. There are also fine points of drama such as the poignancy of aging athletes and the dilemma of being out in the public eye. Really a very good book.
Read more
Report abuse

The old one!
5.0 out of 5 stars Best sports romance ever!
Reviewed in the United States on 8 January 2019
Verified Purchase
I loved Viva and Gabriela. Their love for tennis rose above all else ----- until it didn't. The story just took me away from every day life so that I finished this book in one day and was sorry to have it end. Oh, what we give up for love and that is exactly the way it should be. Please read this book for the great writing, the great characters and the great ending. Loved, loved, loved this and you will, too. Many thanks to the author for a wonderful romance----you did a good job!
Read more
Report abuse

Terry
5.0 out of 5 stars Really great Story
Reviewed in the United States on 6 September 2018
Verified Purchase
I really enjoyed the internal struggles they have and the journey that their relationship takes. It’s was well written and I felt fully emerged into the story. I highly recommend you check it out. This was my first book by Cheyenne Blue but certainly not the last.
Read more
Report abuse
See all reviews
Get FREE delivery with Amazon Prime
Prime members enjoy FREE Delivery and exclusive access to movies, TV shows, music, Kindle e-books, Twitch Prime, and more.
> Get Started
Back to top
Get to Know Us
Make Money with Us
Let Us Help You
And don't forget:
© 1996-2020, Amazon.com, Inc. or its affiliates