Coco Chanel: The Legend and the Life and over 1.5 million other books are available for Amazon Kindle . Learn more
Share <Embed>

Flip to back Flip to front
Listen Playing... Paused   You're listening to a sample of the Audible audio edition.
Learn more
See all 13 images 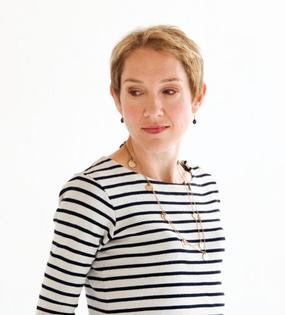 Page 1 of 1 Start overPage 1 of 1
Previous page
Next page
Start reading Coco Chanel: The Legend and the Life on your Kindle in under a minute.

‘Gripping… In the deftest prose, Picardie plots one of the most extraordinary lives of the 20th Century. The book is lavishly illustrated, too, with images of iconic outfits and intimate photos from Chanel's private albums.’ Mail on Sunday

‘The French fashion icon finds a shrewd and sympathetic interpreter in Justine Picardie… this handsome volume cleverly blends the life and afterlife of the enigma who became a brand.’ The Independent

‘Justine Picardie’s vividly told account of Coco Chanel’s life has all the elements of a novel: the mystery, the sense of loss, the quest for fame and fortune, the distinguished lovers… in the style of Chanel herself.’ Daily Mail

‘[An] elegant book…The Chanel uncovered by Picardie is a storyteller [who] spun her own myth… Coco has, in these pages, come out of hiding.’ The Telegraph

‘The darker facets [of Chanel] are subtly and carefully revealed by Justine Picardie.’ Wall Street Journal

‘Justine Picardie sheds new light on the darker truths behind the glossy myth… Guaranteed to be the most well-read accessory at London Fashion Week.’ Daily Express

‘Justine Picardie’s thoughtful and beautifully illustrated Life … illuminates the iconoclast who might justifiably be said to have invented the twentieth-century woman.’ Times Literary Supplement

JUSTINE PICARDIE is the author of five books, including her critically acclaimed memoir If The Spirit Moves You. The former features director of British Vogue, she is currently a fashion columnist for Stella and also writes for several other newspapers and magazines, including the Sunday Telegraph, Harpers Bazaar and Red.She lives in London with her two sons.

4.4 out of 5 stars
4.4 out of 5
334 global ratings
How are ratings calculated?
To calculate the overall star rating and percentage breakdown by star, we don’t use a simple average. Instead, our system considers things like how recent a review is and if the reviewer bought the item on Amazon. It also analyses reviews to verify trustworthiness.

Chris M
4.0 out of 5 stars The Story of rags to riches, an autobiography Coco Chanel
Reviewed in the United Kingdom on 25 May 2014
Verified Purchase
A satisfying real life tale of rags to riches tale of Coco Chanel reveals a strong women who made her way up to the higher circles of her time. She established an allure, a romance, a mystery so that even this detailed autobiography leaves questions about her life and real feelings. It is inspirational to a young entrepreneur as she battled through all kinds of setback, problem and disappointment but eventually has led to a household name that has survived the years as a quality luxury product.
Read more
3 people found this helpful
Report abuse

jp
5.0 out of 5 stars Fab read
Reviewed in the United Kingdom on 24 January 2019
Verified Purchase
About half way through really like this book . Very interesting about her life and goings on
Read more
Report abuse

Amazon Customer
4.0 out of 5 stars Interesting read
Reviewed in the United Kingdom on 27 April 2017
Verified Purchase
It was an eye opener in many ways. Nevertheless I think it is rather subjective book where some of the episodes of her life are down down down played so she wouldn't look as bad. Especially the second part of the book is full of excuses. But I would recommend the book nonetheless.
Read more
One person found this helpful
Report abuse

Maya Meredith
4.0 out of 5 stars Very informative.
Reviewed in the United Kingdom on 26 March 2018
Verified Purchase
If you've looking for an in depth narrative of the life of Chanel, this is the book for you. It covers every aspect of her life with a variety of POV's.
Read more
Report abuse
See all reviews
Back to top
Get to Know Us
Make Money with Us
Let Us Help You
And don't forget:
© 1996-2021, Amazon.com, Inc. or its affiliates