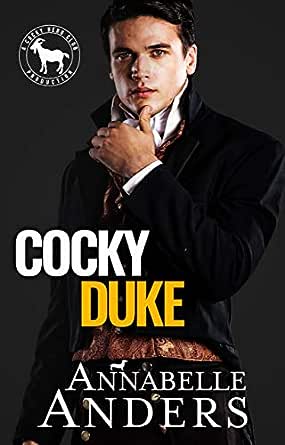 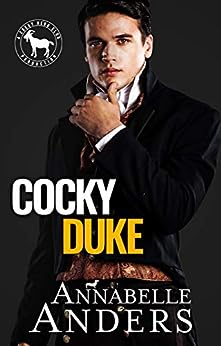 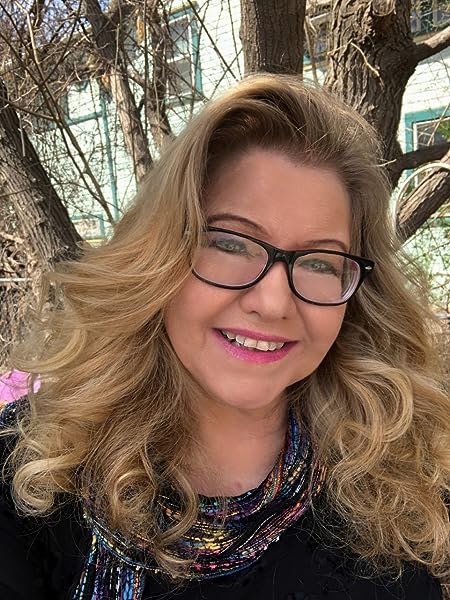 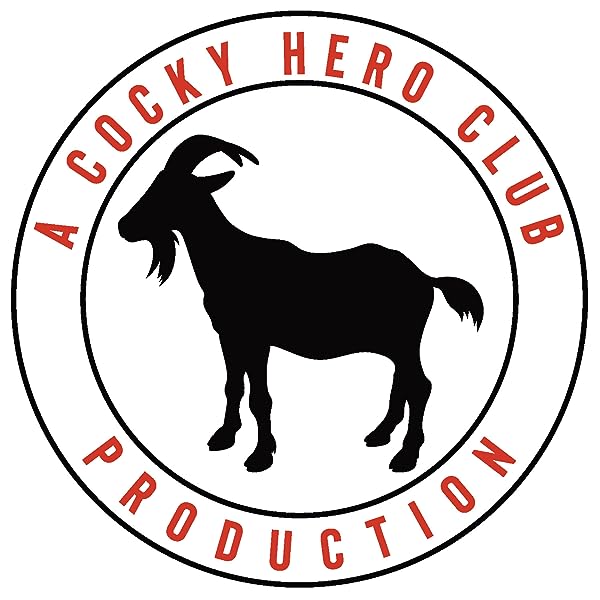 Ebook Enthusiast
4.0 out of 5 stars Regency romance, easy to read.
Reviewed in Australia on 19 May 2020
Cocky Duke – Annabelle Anders – 3.5 stars

Cocky Duke is a standalone, dual point of view regency romance by new to me author Annabelle Anders. It is a book a part of the Cocky Hero Club and was an easy to read romance that was sweet and endearing. Cocky Duke follows Aubrey a widow who sets out to win over the ton and take regency London by storm, and Chance a sexy scoundrel/duke that is dreading his upcoming birthday. The pair meet unexpectedly on their journeys and the attraction and chemistry is instant. The slow burn was fantastic and the storyline interesting and well developed. Overall, was a great read by a new author and one I could recommend to any regency romance fan.

Codie Riddell
TOP 500 REVIEWER
4.0 out of 5 stars Sweet!
Reviewed in Australia on 17 May 2020
I must admit I am not a historical romance reader, it just isn't a trope I've been able to connect with. However Annabelle created a story that had me changing my opinion. I love this story and how it developed, it is sweet and enjoyable. A great addition to the club.
Read more
Helpful
Comment Report abuse

Sarah P
TOP 500 REVIEWER
4.0 out of 5 stars First time author for me
Reviewed in Australia on 17 May 2020
First time i have read this author, this is a eell written story with good characters
Read more
Helpful
Comment Report abuse
See all reviews

I adore this author and her talent has always astounded me. I've read everything of hers, that's published, and she's never disappointed. However, if, I'm being honest here, I was on the cusp between a 4 and 5 star review. A first for me.....

A challenging task for sure, Ms. Anders took a modern day tale, and made it into a historical tale. A find job she did, too! This story will leave the reader with all the feels; from anger, sadness, disparity, humor, excitement, love to jubilation. The book was broken up into two parts with the first and longer narration, a slow burn affect. While the second part took off at lightning speed.

Two young people, Mrs. Ambrosia "Aubrey" Bloomington, a widow and Lord Cochran Charles "Chance" Bateman, Duke of Chauncey (aka. Mr. Bateman) meet by happenstance, at an Inn while traveling. There is an unequivocal chemistry between the two. However, there is an untruth between them. And this euphemism is the basis for this wonderfully told tale, as they decide to travel together to their ultimate destinations.

The characters, the descriptors of the scenery, to the customs, dress and mannerisms of the time, all were portrayed with excellence. So why, would I consider anything less than a 5 star rating? Simple, that slow burn effect..... I wanted the story-line to move into the next phase already. The chase. The fight. The chance at happiness after so much loss and heartache. Have I peaked your interest yet? Why wait? Get this book now! You won't be sorry! It's a beautiful love story! But wait! While this is definitely a standalone story-line and complete, there is a secondary character that is worthy of their own story. I, for one, am hopeful Ms. Anders writes a story for that character.

I was gifted an advanced reader copy of the book. I choose to leave this review.
Read more
5 people found this helpful
Report abuse

Élodie Nicoli
5.0 out of 5 stars A tale of finding one’s self and love healing all wounds
Reviewed in the United States on 17 May 2020
Verified Purchase
When a widow on her way for a new life meets a man who will alters theirs for ever ...

As I had not read the blurb, being a lucky early reader for this book, I had no idea what to expect from this book, except I love the author and there will be a duke in some way.
And not knowing what will happen what just great, often blurbs influence what I expect from a story as I know at sometime in the story this or that will take place, while here, nothing to tell me which way the story will go.

The story begins as a road trip, along which Aubrey and Chance get to know one another.
This journey out of time is their aside free from society’s restrictions to enjoy forbidden moments to treasure when they will part way .
While on their chance encounter, they first mock the other, soon they need each other and it is on the road they discover their attraction is far from a joke.
The tale is introduced from Aubrey’s point of view, when finally free from her widow’s weeds, she leaves her prior life behind in the hope to a better one. She has many expectations but not to encounter a man who will shaken everything she thought. Her abuser of a husband left her with an altered vision of herself, always belittling herself.
With Chance, she slowly emerges from her chrysalis, to throw out the window the old demure Ambrosia, to be Aubrey, the woman with so many dreams.
She will also learn that alas nothing is without cost.
Chance is on the road to fulfill a promise he can’t break, why meeting Aubrey at this time in his life is the worst possible event.
He is a man of honor, still this interlude which should have remained one, is one of a lifetime. They will both be changed forever.

Mrs Annabelle Anders did it again, she paints larger than life characters, they are all multilayered, with incredible depth.
Without at first giving him voice, I knew he struggled, that he wanted more but refrained from acting on it. Something was eating at him, forbidding him to ask for more from Aubrey. When he finally speaks, he is a man devoted to his family, whatever alas it might cost him. He suffered from his deeds and errors but knew he had no other road patterned for him.
Aubrey is an open book, she feels, she laughs, she cries but hurt, she built a wall around herself to protect herself from further pain. Still she can’t change the good soul she is, thus her own battle to avoid hurting the others.

I would give it 10 stars if I could, I was transported with Aubrey, Chance and Mr Dog. I thrilled, was saddened, smiled, was upset or happy. I lived this book through a kaleidoscope of sensations, and love.
I discovered this connected world to Vi Keeland and Penelope Ward’s series, now I need to read the first in this series despite it being a contemporary.

I was granted an advance copy by the author,
Here is my true and unbiased opinion.
Read more
3 people found this helpful
Report abuse

Kari
5.0 out of 5 stars Great read
Reviewed in the United States on 27 May 2020
Verified Purchase
When a man stumbles across his soul mate, only to be separated by circumstances beyond his control, life seams bleak. Chance meets Aubrey and loses his heart. But his life is not his own at the time of their meeting and he must leave her. Can love conquer all? Can a cocky Duke win back his true love? This story is filled with emotion and a great read.
Read more
Report abuse

Kindle Customer
2.0 out of 5 stars Ehh
Reviewed in the United States on 1 June 2020
Verified Purchase
Not one of her better endeavors. I've read quite a few of Annabelle Anders stories. I enjoyed them but this one isn't up to her usual quality. But I will read more.
Read more
Report abuse
See all reviews
Get FREE delivery with Amazon Prime
Prime members enjoy FREE Delivery and exclusive access to movies, TV shows, music, Kindle e-books, Twitch Prime, and more.
> Get Started
Back to top
Get to Know Us
Make Money with Us
Let Us Help You
And don't forget:
© 1996-2020, Amazon.com, Inc. or its affiliates