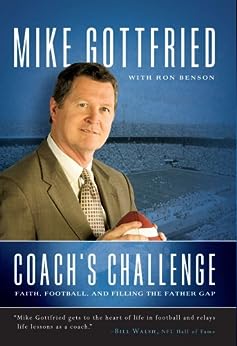 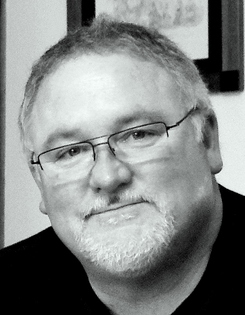 "Fast, riveting, compelling game plan of a coach who is winning hearts at a record pace." -- Bill McCartney "I haven't been able to put this book down since I've started reading it. I love Mike's comment, 'There are no substitutes for a father, but a good sub is better than a bad one any day.' What a great ministry for such a time as this. God bless Team Focus. May God call us all to be a father to the fatherless." -- Ricky Skaggs "In my fifty-four years of coaching, I have tried to be a surrogate dad. I keep asking, 'Where have the biological ones gone?' When I visit prospects' homes, I notice most dads are missing. Read this book and see what Mike Gottfried is doing about this cultural void." -- Bobby Bowden, head football coach, Florida State University "My friend and former college football coach Mike Gottfried is still coaching now, but in a far more important arena. You'll be greatly inspired to discover how Mike's life journey led him to found a ministry where hundreds of fatherless boys can have someone step into the gap where their fathers should be...A genuinely inspiring story from a very genuine man." -- Les Steckel, veteran NFL coach and Fellowship of Christian Athletes president "Coach's Challenge: Faith, Football, and Filling the Father Gap is a story that gets to the heart of the experiences of a life in football and relays life lessons as a coach. I thoroughly enjoyed this honest story that expresses the diversity of issues football coaches face in the game." -- Bill Walsh, NFL Hall of Fame --This text refers to an alternate kindle_edition edition.

Mike Gottfried is an ESPN college football analyst for Saturday Primetime. Gottfried began his sports career as a high school football coach in his early twenties, then eventually moved to the college level where he served as head coach for twelve seasons with Murray State, Cincinnati, Kansas, and Pittsburgh. In 1990, Gottfried left the sidelines with a winning record to take up his new career with ESPN.

But Gottfried's story is not only about football -- it's also about filling the "father gap" for fatherless boys. When he and his two brothers lost their father in 1957, Gottfried longed for someone to fi ll a father's role. The men in his life who consistently stepped up to the plate to take an interest in him were coaches. As his own dreams of coaching became reality, he decided to reach out to other young men who were missing fathers.

In 2000, Gottfried founded the Team Focus program for boys age nine to seventeen whose fathers had died, left home, or were in prison. Today, nearly five hundred boys participate in Team Focus, which provides fatherless boys with leadership skills and guidance, through summer camp programs, ongoing relationships with mentors, and guidance counselors who help keep track of their grades.

Gottfried and his family live in Mobile, Alabama. --This text refers to an alternate kindle_edition edition.

M. Lagace
4.0 out of 5 stars mlagace
Reviewed in the United States on 5 October 2007
Verified Purchase
The coach tells a very inspiring story and informs us with some very good stats on the power of fathers. This is an excellent read for any father - football fan or not.
Read more
Report abuse
See all reviews
Back to top
Get to Know Us
Make Money with Us
Let Us Help You
And don't forget:
© 1996-2021, Amazon.com, Inc. or its affiliates