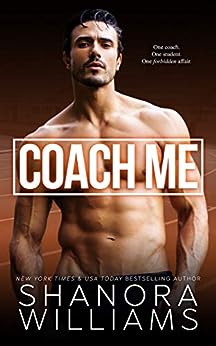 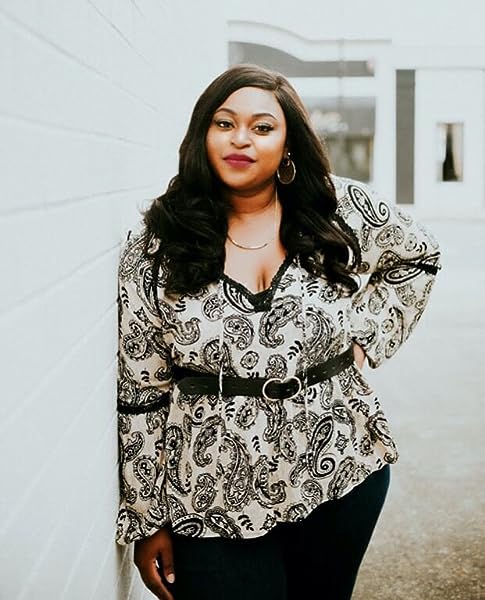 4.2 out of 5 stars
4.2 out of 5
81 global ratings
How are ratings calculated?
To calculate the overall star rating and percentage breakdown by star, we don’t use a simple average. Instead, our system considers things like how recent a review is and if the reviewer bought the item on Amazon. It also analyses reviews to verify trustworthiness.

Torres was broody, moody and down right sexy. He had a charm about him I found sexy and even his rudenss was sexy. Maybe I'm weird.

Amber was tough and stood by her roots I loved that she didnt take any crap form anyone.

Shanora wrote about a topic that is still even to this day out there and I loved that she took us to that aspect of it. The depth and soul in these characters made for a captivating read.

Torres and Amber had passion, depth, angst and drama all in one delcious read.

This story pushed boundries and drama and I loved that it took you on those rides.

A book that deals with race, love, drama and loss. Every page keeps you intruiged and gasping for more.
I couldn't love this book more if I tried.

I love a good age gap romance story and Shanora hits those out of the park.

Torres will have you gasp, smile and bite your lip with his mouth, but don't worry Amber will have you smiling just as big this girl is tough and she keeps Torres on his toes.
Read more
One person found this helpful
Helpful
Report abuse

Louise O
TOP 100 REVIEWER
3.0 out of 5 stars Taboo's galore
Reviewed in Australia on 14 May 2020
Coach Me is a taboo age gap / teacher student story based around Torres and Amber.

Amber is a young College student who falls for her older trainer Coach Torres, feeling like she has to prove herself even more Amber pushes herself, she wants to be the best female runner out there. Coach Torres pushes all of his athletes, but when he meets Amber he connects with her on more than just a physical level; is it worth the risk? To lose everything they both have worked for?

While I enjoyed the story and the taboo age gap / student teacher plot I found it hard to connect with both characters. There was a lot of other taboo subjects that were addressed throughout this story, I personally felt that it was a lot to take it.

Williams is a new to me author and I look forward to reading more from her in the future.

Mimi Reads
4.0 out of 5 stars A story for all the forbidden romance - age gap fans.
Reviewed in Australia on 16 May 2020
A well-written forbidden romance story starring Joaquin the sizzling hot athletics coach and his star athlete Amber. This is not typically my trope of choice, but Shanora WIlliams has done a fantastic job at drawing the reader into this relationship - so much so that I stopped noticing the age gap unless it was actually mentioned directly in the book.
There are some heavy topics in here around race in particular and the discrimination that so many people are facing in their everyday lives.
Read more
Helpful
Report abuse

Emma rafferty
TOP 500 REVIEWER
5.0 out of 5 stars Age gap romance at its best
Reviewed in Australia on 19 May 2020
I loved the themes of this book, age gap is one of my favourite types of book to read. I loved the coach/student relationship and the issues it deals with such as racism. There were many times I wanted to sleep Torrez in the face but no ones perfect and their love story was great to read.
Read more
Helpful
Report abuse

Claypot2850
TOP 100 REVIEWER
5.0 out of 5 stars Fantastic read
Reviewed in Australia on 11 May 2020
This was a great read. The author handled serious real world problems in a very honest way.

The connection and chemistry between the characters was fantastic and I loved the banter between them.

Em
3.0 out of 5 stars Good, just a little predictable
Reviewed in Australia on 14 May 2020
I enjoyed this book for the most part. Story starts out strong but then all feels a bit rushed and predictable from about half way through.
Still a nice read though and am still keen for Shanora’s next book. They are always good reads with some great moments!
Read more
Helpful
Report abuse
See all reviews

Marian Chawner
5.0 out of 5 stars Age is a number
Reviewed in the United Kingdom on 8 June 2020
Verified Purchase
Shanora always seems to write a very moving , thought provoking book. This particular book is following that trait. We have a possible tutor, student romance. However age is a number, and love doesn’t always have these boundaries. Joaquin Torres is a Hispanic handsome, coach for a university. Amber is a beautiful black athlete track even tee, who has won a scholarship to a predominantly white college. As you can surmise this book has some dreadful racist moments. It is handled with passion and sympathy by the author and portrayed by some very hostile characters . Both Joaquin and Amber are initial drawn to each other, due to the closeness of coach, athlete’s work commitments. Eventually the lines are crossed. This book is full of emotion, tender heart rendering moments, and unbelievable hatred of fellow humans, just because they aren’t white. Once started this book is very difficult to leave alone, and once put down the scenes play out in your mind. As ever a great book by a great author and well worth a go.
Read more
Report abuse

Elizabeth Andrew
5.0 out of 5 stars All I can say is WOW
Reviewed in the United Kingdom on 23 May 2020
Verified Purchase
I totally adore Shanora Williams and again this new book.of hers WAS NOT a disappointment, I absolutely loved it and would highly recommend you download this and get reading, I promise you will not be disappointed
Read more
Report abuse

Mom12
5.0 out of 5 stars A perfect book with no cliches
Reviewed in the United States on 20 July 2020
Verified Purchase
Easy way to write my review. I loved:

*heroine was a beautiful black woman who was faster than everyone else
*hero was a Hispanic Mexican Male
*it was incredibly timely story, referencing racism and efforts to diversify a traditionally white college.
*there weren't any cliches! Nothing happened The way I thought it would...that's a great thing!!
*the ending was refreshing! Neither the H or the h had to give up what they had for their relationship, making it perhaps the first time I've ever read an ending like that. Both of them decided Not to demand anything from the other and simply made it work.
*a female head coach that wasn't described as overtly feminine and was hard on the players but understanding. Yes, authors, she can be both!
*Hero's mom was Mexican without those tired cliches.
*Author tackled a tough subject in this book with grace and dignity. THIS is how you address police brutality in a novel without being politicized.

I'm sorry if I had some spoilers, but it was the only way to express how much I enjoyed this novel and not vaguely accidentally refer to triggers (none here). Just read the book already!
Read more
11 people found this helpful
Report abuse

Keri Loves Books
5.0 out of 5 stars Risking It All...A Sexy Forbidden Romance
Reviewed in the United States on 11 May 2020
Verified Purchase
Amber Lakes is headed to college on a full ride track scholarship. She’s worked her whole life to get to this point. Her determination, drive and sacrifices are what have made her successful.

Choosing BU was a risk for her. Their track team was not culturally diverse. She’d be one of the only women on the team of color. Amber was about to shake things up. Her skill level was already intimidating, but package that with her beauty and her positive attitude, she was a triple threat. She was tough and that thick skin would be necessary, because the racism amongst her own team was going to rear it’s ugly head.

She found her friend circle and a coach that would go to bat for her. Coach Joaquin Torres was not going to allow any discrimination or unsportsmanlike conduct on his team. However, he had no problem expecting the best. Pushing her beyond her limits. Making her work harder than ever. He wanted her to be the champion he knew she was.

Coach Torres was broody, a bit of a loner, but no one could deny how hot he was. He expected his team to give it their all on the track. Coaching a women’s college team was not without it’s challenges, especially when you had your own attraction to one of your runners.

Keeping a professional distance from women you work closely with is hard, but one you share an intense connection with is nearly impossible. Lines are blurring. The tension is at an all time high. Someone is going to break. Resisting the pull between them is impossible, no matter how hard they fight it.

The taboo queen has returned with a super sexy forbidden romance. She delves into relevant topics and doesn’t hold back. We’ll see the ugly side of humanity and the lack of basic human decency. We’ll watch them struggle between doing what’s right and following their hearts. The chemistry will absolutely sizzle. Joaquin is a man who wants to protect Amber, but he also can't let her go. He knows any personal relationship between them is prohibited, but he can't help himself. She knows what's on the line for them both, but the risk is worth it. Both characters struggle with their choices and the consequences that unfold. Their romance is not smooth sailing, but their love is strong. Amber and Joaquin are committed to getting their HEA. A sexy read you will thoroughly enjoy.
Read more
6 people found this helpful
Report abuse

Heather Miller
5.0 out of 5 stars Wow!! ❤❤❤ this book!!
Reviewed in the United States on 12 May 2020
Verified Purchase
Coach Me is the newest novel from Shanora Williams that features taboo relationships. Amber is a freshman at Bennet University, an ivy league school in North Carolina, with a full ride scholarship for track. As the only female black track runner on her team, she faces issues with diversity right away with other teammates and with one of the assistant coaches. That part is really heartbreaking since it's so hard for me to understand why there are people out there that think they are better than others.
One of the other assistant coaches, Coach Torres, not only fights for her but challenges her to be a better runner. His back story is VERY tragic...i cried a bit reading that part!!
Their romance starts slow with both of them refusing for anything to go further... until they can't fight their feelings anymore. Since he's her coach, they have to be very secretive about their relationship. But secrets are hard to stay secret... especially when they are taboo.

I friggin loved this book. As always, Shanora did a wonderful job bringing the story alive. The characters felt very real and I thought the ending perfect. I definitely recommend this book!!
I recieved an ARC for my honest review.
Read more
2 people found this helpful
Report abuse
See all reviews
Back to top
Get to Know Us
Make Money with Us
Let Us Help You
And don't forget:
© 1996-2021, Amazon.com, Inc. or its affiliates