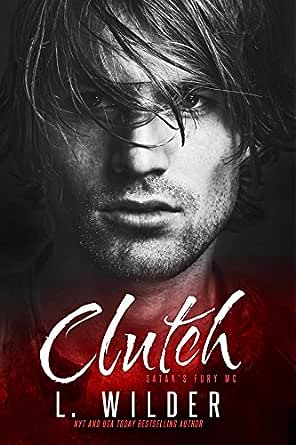 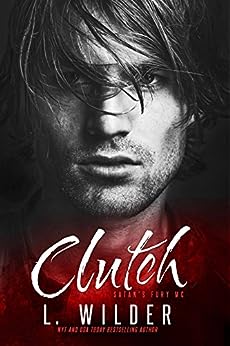 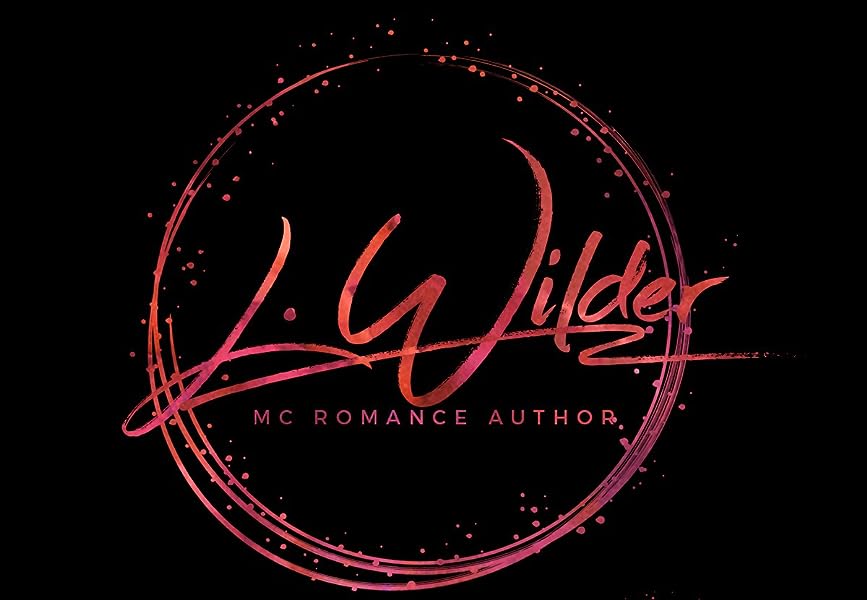 Olivia
Survival. It was the driving force that kept me going. Our world as we knew it was ripped away from us in one horrific night, and it was up to me to keep us alive. I didn't know who brutally killed my parents or why, but when the vicious killers turned their focus onto my brother and sister, I did the only thing I knew to do: I ran.


I packed them up and left everything we knew and loved behind and headed for Memphis.

Clutch
The club was my life. I'd do anything for my brothers. Hell, I've taken more than a couple of bullets for them and I'd do it again. But I needed to step away to clear my head. I pushed the throttle forward and headed down south with one goal in mind: to fulfill Cotton's orders and establish the route for the club's new pipeline.

Doing my job was my only focus until I saw her working in that diner down on Front Street. She had fire in her eyes and bite to her tongue -- and she was absolutely breathtaking. Full of class and spunk, the girl was out of my league. I had no idea what was she doing working at a diner in Memphis, Tennessee.

She was a mystery to me, and even though my gut told me she was hiding something, I felt a pull to her that I could not deny.

**Clutch is book four in the Satan's Fury series, but it is considered a standalone romance. This book is intended for readers 18 and older due to violence and explicit language.

Linda Vermuyten
TOP 500 REVIEWER
3.0 out of 5 stars Clutch
20 April 2018
Format: Kindle EditionVerified Purchase
In this series I find I enjoy most the guys interactions with the children, in this case with Olivia's siblings.

At this point I'm really just finishing the series out of stubbornness and my need to finish something once I've started.

Take that how you will as my recommendation for the series.
Read more
Helpful
Comment Report abuse

Keza
4.0 out of 5 stars Clutch by L. Wilder
18 November 2016
Format: Kindle EditionVerified Purchase
After a tragedy Olivia moves her family interstate to protect them . Her degree is now useless and takes the first job available. Meets the hot biker who helps protect them. Looking forward to next book.
Read more
Helpful
Comment Report abuse

Ashy Walker
TOP 500 REVIEWER
5.0 out of 5 stars Best book so far!
13 May 2017
Format: Kindle Edition
The suspense was killing me and so worth it! I loved every single minute of this book, characters and plot.
Read more
Helpful
Comment Report abuse

Danielle
5.0 out of 5 stars 5 STARS! Sweet and sexy biker love!
28 June 2016 - Published on Amazon.com
Format: Kindle EditionVerified Purchase
I've been a fan of Leslie Wilder's since her first book. With each release her natural talent has grown, and as a fan, it's been a pleasure to watch her develop as an author. She has this innate storyteller's soul, and it's never been more apparent than it was in this book.

Clutch was a man searching for himself and for clarity and maybe for that true, soul deep, life changing love that his brothers have found. What he found in Olivia was more than he ever could have imagined. Theirs was such a beautiful love story, the kind of story that made my heart happy and full, the kind of story that kept a smile on my face. While tragedy is what brought these two together, the love they found in each other - the fireworks - was something neither expected but exactly what they both needed.

Leslie has penned a truly gorgeous love story in Clutch. It was sweet and sexy and genuine. This is one of those books that was an absolute pleasure to read, and I loved every single word.
Read more
20 people found this helpful

Neringa
5.0 out of 5 stars FABULOUS
28 June 2016 - Published on Amazon.com
Format: Kindle EditionVerified Purchase
Another great addition to the Satan’s Fury MC series. From the beginning, Leslie wants to break your heart. Olivia's live seems perfect. Until it isn't anymore. One night, one call and everything changes forever. I can't imagine how that kind of call can break you. If not two left precious people, I think Olivia would have been a broken mess. But she has no time to take all this nightmare in, Liv needs to protect her family from the harm.

Clutch... Clutch... Clutch... Are you tired of hearing this name, yet? I never going to be. I'm in love with that name. I'm in love with the man who is attached to than name. Actually, I'm in love with anything related with this biker. The more I read, the more pieces of my heart he was stealing. My man Stitch has some competition and trouble, trying to hold on to my heart with all of his strength, while Clutch was determined to be greedy and keep it just for himself. Honestly, I never imagined that another biker of Satan's Fury can crawl into my heart and stay there. It for sure showed that these guys has some secret tricks up their cuts.

I really love dynamic between Olivia and Clutch. They are sexy, cute and delightful together. They gave me a lot of moments full of banter, that just made if not laugh out loud at least to smile. They are meant for each other. I'm glad that they found the real path of theirs journey.

BTW in this story, Leslie introduced some new characters, that I just couldn't help but wish to be able to get a closer inspection. This author for sure knows how to awaken girls greedy side. One biker is just not enough. ;)
Read more
13 people found this helpful

Clutch is the road captain for Satan's Fury MC, and is away from the club, and on the road. Clutch took to the road, first to be away from Cassidy, who he loves, but knows she loves Cotton, the President of Satan's Fury MC, and secondly he is mapping out an elaborate and extensive route for the club and its chapters to transport things safely. His last stop is Memphis, TN found him staying at a diner that was a club owned, legitimate business. His neighbor and also a waitress was good looking "Hazel"- reading her name tag. Hazel had two kids, a teenage boy, and pre-teen girl who kept slipping up on their names. Clutch wondered what their story was, but decided he had enough on his plate without getting mixed up with a prickly, sad-eyed Hazel.

Clutch visited the club garage and offered to help out as they were so far behind. The garage manager, Brian, was a struggling, head just above water, single father who's wife had died, and his small son, Kevin, was sick with cancer. After sizing Clutch up he gratefully accepted the help from Clutch so he could be with Kevin.

Hazel, aka Olivia, Charlie and Hadley were on the run from the criminals that broke into their house and murdered their parents. Olivia was trying so hard to take good care of them, and to keep them safe. While she thought Clutch was really pleasing to look at, and her attraction to him despite her best efforts, was hard to ignore, she knew she had to keep Charlie and Hadley safe, and keep to themselves. Fate had other plans for Olivia and Clutch though - a broken shower, a really nice, but homeless man that Olivia tried to help whenever she could seemed to throw she and Clutch together more and more. Their chemistry was explosive, yet Olivia still held back, and Clutch knew it too. There was a problem when the homeless man was beaten and stabbed by some kids, and Charlie knew who they were. Clutch paid a little visit to the kid that wasn't as tough with Clutch as he was with a homeless man.

Olivia finally admitted what had happened to her parents and their family, and what their real names were. Clutch called Big Mike at his club and asked him to find out everything about this murdered and stalking of the two kids. When some guy in a suit showed up in the diner talking on the phone about finding the woman and kids, Sam, the homeless man found his purpose and told Olivia and Clutch what he heard and then knocked the man in the suit out for good measure!

This was truly a great suspenseful, sweet MC love story - even Clutch's grandmother, Pip, told him Cassidy was not his love and he would know when it happened, and he sure did, and was determined to keep his Olivia, Charlie and Hadley safe no matter what! It's hard not to love L. Wilder when she writes like this! Draws you in, and hold you tight until that last page! My kind of read!
Read more
5 people found this helpful

OK, so I have read this entire series to date and every time I think the stories can't get better......they DO!!!!!

OMG did I LOVE, LOVE, LOVE Clutch!!!!! This guy was the BEST, he was so swoony, he was sexy, he was just PERFECT!!!!!! And Olivia and her brother and sister....OMG don't even get me going, they were the PERFECT compliment to CLUTCH!!!!!!! I have all the giddy feels going on right now, there was not one thing I would change in this story!!!!!!! After Cass, I wasn't so sure how I would feel and honestly I was nervous about how I would feel for his "true" love for Olivia BUT so damn glad to know there was NEVER EVER a doubt about his feelings for Olivia and ONLY Olivia:) Arghhhhh, I am in love and lust for this man, lol!!!!!

I know Smokey's story is next but I am hoping and praying we get a future story on Olivia's brother and sister (next generation series, maybe, wink, wink), PLEASE, I beg you, lol!!!!!!!

This story was fantastic, there was mystery, there was a great slow build of Clutch and Olivia/Hazel's relationship that had me on the edge of my seat and don;t even get me going on the sincere and genuine love that radiated off of the two of these characters, it was pure magical bliss!!!!!!!!

Congrats L. Wilder on an other Grand Slam in this series, I have loved all of these couples so please keep them coming:)
Read more
4 people found this helpful
Go to Amazon.com to see all 303 reviews 4.6 out of 5 stars
Get FREE delivery with Amazon Prime
Prime members enjoy FREE Delivery and exclusive access to movies, TV shows, music, Kindle e-books, Twitch Prime, and more.
> Get Started
Back to top
Get to Know Us
Make Money with Us
Let Us Help You
And don't forget:
© 1996-2020, Amazon.com, Inc. or its affiliates