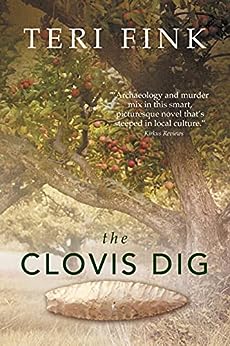 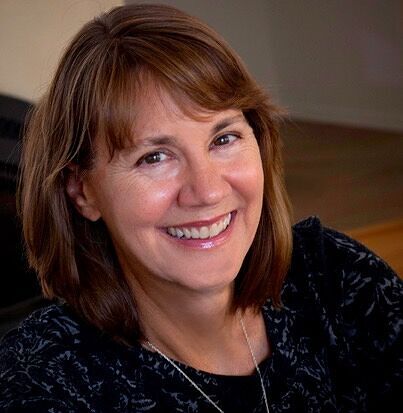 When a shocking discovery is found among ancient artifacts during an archaeological dig in an orchard, an investigation of a different kind begins. Orchardist Claire Courtney must decide who to trust as she desperately tries to salvage what’s left of her livelihood and her life.

“Given the sheer volume of literature produced each year, it can sometimes be hard to find true works of such striking excellence as this tiny gem of a book... The voices that spring out of every page seem to come from the mist of time and the furthest reaches of the human experience... The book has some of the most creative and fully fleshed-out characters in modern fiction.” ~ US Review of Books, RECOMMENDED

Amidst the beauty of the Wenatchee Valley at the feet of the Cascade Mountains, apple orchardist Claire Courtney struggles to make a living.

When strange and ancient artifacts are discovered beneath her land, Claire wonders whether the ensuing archaeological dig will save her, or be the final blow in her struggle to hang onto her home and livelihood. To make matters worse, conflict between the archaeologists on the dig—Joe Running from the west, and Spencer Grant from the east—threatens the entire project.

This multicultural novel brings together Native Americans, Latinos, and migrant workers from the American South to grapple over ownership of what lies beneath the earth.

“Fink has impressive command over the many swirling elements of her well-plotted novel... The characterizations are strong, but the author has the ability to make the unique setting as important as the people. Archaeology and murder mix in this smart, picturesque novel that’s steeped in local culture.” ~ Kirkus Reviews (Our Verdict: GET IT)

EVOLVED PUBLISHING PRESENTS a literary fiction piece from the award-winning author of “Invisible by Day.” [DRM-Free]

AUTHOR: I live on beautiful Lake Chelan in Washington State. I began my career as a librarian, then became a corporate writer and web manager for a regional medical center. I managed communications, news, and social media for a large school district before becoming a novelist. I've won literary awards for both fiction and nonfiction, and am a member of the Pacific Northwest Writers Association.

EDITOR: I've edited fiction and non-fiction books for authors from around the world for the past ten years. My clients include authors of literary, contemporary, women's fiction, crime, young adult, fantasy, and romance (spicy or mild), as well as creative non-fiction such as memoirs. I've edited about every genre other than sci-fi. A few of my articles on the craft of writing fiction have appeared in various writer magazines and websites, and one of my pieces was presented at the Sydney (Australia) Writers Festival. I also teach fiction courses for the Romance Writers of Australia, Romance Writers of America, and Savvy Authors. --This text refers to the paperback edition.

Teri spent her early years in Redondo Beach, California, but grew up in Wenatchee, Washington where her home was literally surrounded by apple orchards. Nowadays Teri lives at beautiful Lake Chelan, where the apple orchards are giving way to vineyards as central Washington's dry and sunny climate invites winemaking and wineries.

Her second novel, The Clovis Dig, opened to rave reviews. The novel was inspired by a real archaeological dig in East Wenatchee in the late 1980's.

Teri’s writing awards for her first novel, Invisible by Day, include:

Other writing awards include:

• First place, Write on the River, Ghosts of my Countrymen, a short story of intrigue, 2014.

• First place, nonfiction, in the Pacific Northwest Writers Association Literary Contest 2011 for My River Sava, the story of an elite Yugoslav athlete interred in a prison camp during the Bosnian War.

• Finalist in the San Francisco Writers Contest 2013 for My River Sava.

Teri has been a writer for more than twenty years. She was a corporate writer and web manager for a regional medical center, then managed communications, news and social media for a large school district. She is a former librarian and freelance writer for magazines.

Teri is a member of the Pacific Northwest Writers Association and the Write on the River Association.

Kelly Allen
5.0 out of 5 stars A Grand Adventure in a Beautiful Place
Reviewed in the United States on 6 May 2021
Verified Purchase
This is a gorgeous story of a woman struggling to hang on to her land and her livelihood in an especially precarious time while also trying to figure out who to trust and which direction to go. Teri Fink has created fascinating characters living in an especially beautiful part of the country and its heritage as home to Native Americans, Latinos, and Southern migrants. Even though it is set in the 1980s, its themes of racism, sexism, greed, and reinvention deeply resonate today.

The story of the Wenatchee Valley is an epic one and Teri captures the sweep of history through this small town portrait using mystery, suspense, and romance. Her respect for all sides of this crisis are both inspiring and illuminating. Like all good authors, Teri has made herself an expert on a wide range of topics including operating a fruit orchard, examining a cadaver, carbon dating a bone, selling illegal drugs, and the natural history of the region. I loved learning so much in one book. And she made me miss the irresistible landscape of an agricultural valley.

I loved the swift but engaging pace of this novel and the attention paid to each character, large and small. Teri can make you cringe at the blatant racist cruelty of a small town sheriff, shudder at the avarice and manipulation of the greedy, and smile at the recognition of both Joe and Claire's search for home.

Debbie L. Thune
5.0 out of 5 stars Well Written and Captivating Story
Reviewed in the United States on 3 July 2021
Verified Purchase
I just read this book for the 2nd time. I enjoyed it so much that I recommended it to both of my sisters for their book clubs. I've lived in Wenatchee most of my life, so I remember the Clovis dig.

There is so much excellence in this writing - the imagery, the characters and the personalities, the attention to detail. You'll feel transported, I guarantee it.

LIR
5.0 out of 5 stars Extremely Enjoyable and Informative
Reviewed in the United States on 5 May 2021
Verified Purchase
I loved Teri Fink's first book, Invisible By Day, and was looking forward to her second one, and it did not disappoint. The book flew by, the characters were interesting and engageable, and I learned a lot about an interesting subject. This story would make a great Netflix mini series - here's hoping we see that soon. I highly recommend this most enjoyable, interesting, informative novel.
Read more
Report abuse

Kathryn A. Crandell
5.0 out of 5 stars Stunning plot and setting
Reviewed in the United States on 5 May 2021
Verified Purchase
The story and setting, plus the diverse cast of characters of this book captivated me right away. The author’s descriptions of the natural setting of Eastern Washington, peopled with farmers, native Americans and academics were striking and evocative. It is obvious the author did her research on the archaeological details and history that formed the backdrop of this suspenseful novel. Each character is well developed and there is plenty of action, mystery and romance, devoid of clichés and pat outcomes.
Read more
Report abuse

Lake lover "GA"
2.0 out of 5 stars Disappointing.
Reviewed in the United States on 19 November 2021
Verified Purchase
I anticipated a true account of a great archeological dig. This book is for folks who don't know much about procedures used by experts to explore and date different finds. The conclusion is that Clovis points are found in many places and are not that rare.
Read more
Report abuse
See all reviews
Back to top
Get to Know Us
Make Money with Us
Let Us Help You
And don't forget:
© 1996-2021, Amazon.com, Inc. or its affiliates