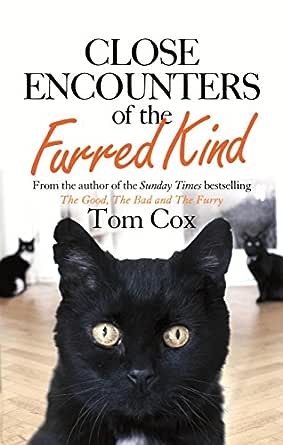 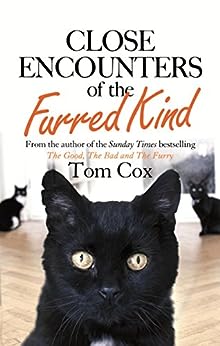 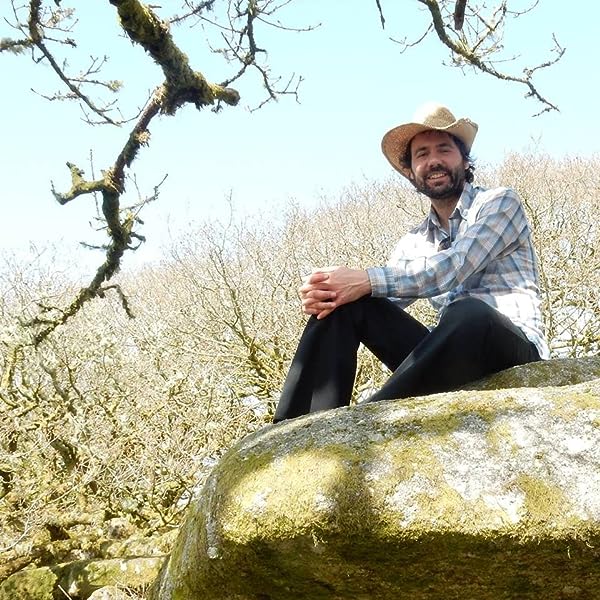 The latest installment of hilarious moggy mischief from Tom Cox and his four cats: The Bear, Ralph, Shipley and Roscoe.

Have you ever moved house, over a distance of 350 miles, with four cats? If you haven't, and are thinking about it, I'll give you some advice: don't.

If you really must move, try to get the cats to arrange their own transport. Focus on yourself instead. You'll have plenty to think about as it is, and the cats will only get in the way with their sarcasm and hairballs. I moved from Norfolk to Devon with four cats and it felt like such an impossible ordeal, part of me believes that I actually died somewhere along the way and am now living in some kind of afterlife: very much like real life, but a little slower moving, and with slightly clearer air. "That's just the West Country," I've been told, but I can't be 100% certain.

Amazon Customer
5.0 out of 5 stars Close encounters of the furred kind
15 February 2017
Format: Kindle EditionVerified Purchase
Another great cat read from Tom. You don't have to be a cat lover to love this book, but it really helps! Reading Tom Cox is like having a friend you really really like round for coffee and they unexpectedly bring ginger biscuits, a total win win!!!
Read more
Helpful
Comment Report abuse

T. Taylor
5.0 out of 5 stars More love
25 October 2015 - Published on Amazon.com
Verified Purchase
If you are hooked on mysadcat - this is an absolute MUST read.

Tom relates his move to Devon from Norfolk in England with The Bear, Ralph, Shipley and Roscoe ... truly an adventure that should not be engaged by the weak of heart. The Bear is stoic - as always. A new cat - George - tries to adopt Tom...

The stories are funny, and laugh out loud - told as only a man owned by his cats can tell them - from the heart. I laughed and I cried.

Not yet published in the USA (boo) it can be obtained through Amazon via third party sellers, so don't let a little thing like being published in England be a deterrent. According to the back cover it is also available as an ebook.

the kat
5.0 out of 5 stars Not just a cat book. a life book.
14 April 2016 - Published on Amazon.com
Verified Purchase
I have LOVED this series, and Mr. Coxʻs writing in general. As i read through this one, i sense a bit of sadness - maybe itʻs just me. Mr. Cox seems to regard life through - wiser, yet no less humorous? - eyes. as his companions come (and go) through his life, one feels the love, appreciation and nostalgia for his beloved ones (feline and human) with all their charm and foibles. i certainly wish i could write like him, and go through life like him. he has much to share.

ps, thank you so much, Mr. Cox, if you ever read this.
Read more
2 people found this helpful

Kaci L. Esperes
5.0 out of 5 stars I Love it!
17 May 2016 - Published on Amazon.com
Verified Purchase
This is the first book I've ever read by Tom Cox, but it will not be my last! I read the entire book in one day, because I enjoyed it so much. It was funny, heart warming, and at times made me want to go for the tissues, but in the end, had a message of love, hope, and the courage that comes with both rescuing, and be rescued by an animal. I love the way the cats in this book are described, and I really felt like I could understand each of their personalities. The humans in the book were no less endearing, and hilarious. It's possible I loved this book so much, because I have 3 of my own wonderful cats, and I have always found cats to be endlessly fascinating and entertaining. Still, I don't think you have to be a crazy cat lady, (or cat daddy) to enjoy this book. I look forward to reading more about Mr. Cox and his his companions, feline or otherwise.
Read more
One person found this helpful

josethecat
5.0 out of 5 stars Great stuff !!
26 November 2015 - Published on Amazon.com
Verified Purchase
All four books by Tom Cox are terrific. He is a great writer with insight and wit and it is enjoyable to read about his adventures with his cats in England's West Country (and before.) He treats his mom and dad with gentle humor and kindness and does the same with his four cats, especially The Bear who will soon be 20. He loves his life, he loves where he lives, and it is heartwarming to read about his long walks in the countryside with his dog on loan. Get all four books, and start with no. 1. You wont regret it.
Read more
3 people found this helpful

Amazon Customer
5.0 out of 5 stars Awesome Book, Great Gift for Cat Lovers
19 April 2018 - Published on Amazon.com
Verified Purchase
Super cute book! I follow Tom on social media, and I really wanted to read his books, so I got this as a gift for my mother and after she was done reading it I stole it to read! It made a great gift, especially for any cat lover. I'll need to get and read his others!
Read more
Go to Amazon.com to see all 27 reviews 4.4 out of 5 stars
Get FREE delivery with Amazon Prime
Prime members enjoy FREE Delivery and exclusive access to movies, TV shows, music, Kindle e-books, Twitch Prime, and more.
> Get Started
Back to top
Get to Know Us
Make Money with Us
Let Us Help You
And don't forget:
© 1996-2020, Amazon.com, Inc. or its affiliates