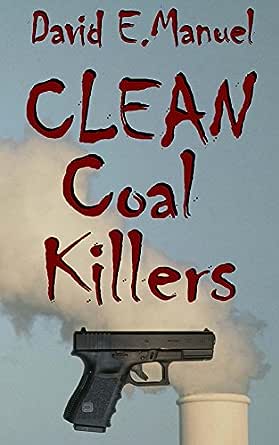 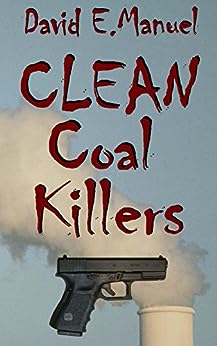 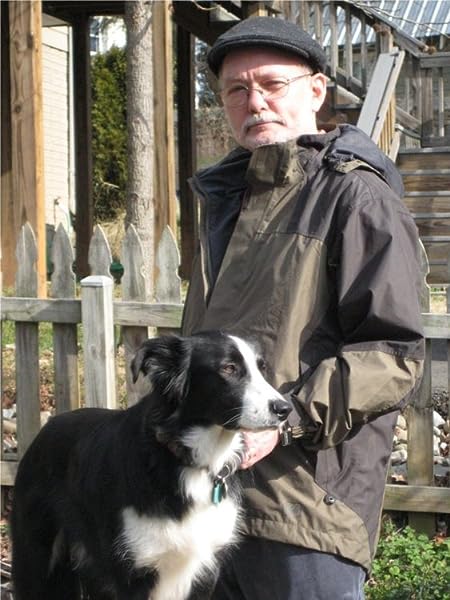 When terrorists threaten the U.S. power grid, it's time to send in Richard Paladin, America's top Environmental Protection Agent. At least, that's how Paladin's new boss, Frank, describes the assignment. But when Paladin starts digging through the personnel files at a Pennsylvania coal-fired power plant, he finds a lot more than the EPA bargained for—like a partner who's not playing straight with him, a security guard who appears more spook than goon, a stripper who's a little too interested in him, and an old flame he knows is a professional agent. And even though someone really is leaking security information about the plant, his fellow government thugs are more concerned with something else, something that smells a whole lot like corruption on a congressional scale. But Paladin's in Pennsylvania to do a job, and despite the distractions of temptresses and thugs, he damned sure plans to find the leak—and plug it.
click to open popover

Specklebang
5.0 out of 5 stars Even better
2 September 2012 - Published on Amazon.com
Verified Purchase
I read the first title in this series Killer Protocols: Richard Paladin Series #1 (Volume 1) as a complimentary review copy. I was very impressed so I purchased this title as soon as it came out. I liked it even better!

Paladin is wonderfully amoral and has a dark sense of humor. I'm not good at detailed reviews but if you're into crimne fiction with plenty of action, a fair body count and twists and turns, you'll be glad you checked this out.

I suggest you read the series in order and enjoy the character development.

James S. MacLachlan
5.0 out of 5 stars Another great adventure
24 April 2013 - Published on Amazon.com
Verified Purchase
Another fun adventure with Richard Paladin, EPA agent extraordinaire! Seriously, this guy is a hoot, kind of a funny Quarry who works for our gov't - sort of. If you like conspiracy theories & gov't corruption, this book is for you. It's the 2d in the series so far. I have just one more to read, so Mr. Manuel best get to writing.
Read more
One person found this helpful

Kindle Customer
5.0 out of 5 stars Good Read
17 May 2015 - Published on Amazon.com
Verified Purchase
Nice continuation from first book of the series. Have some good twists and turns in the plot. Ready and can't wait to read the next book in line.
Read more
One person found this helpful

CCM
5.0 out of 5 stars Even Better than the First!
12 January 2018 - Published on Amazon.com
This author knows how to grab you at the first page and keeps your heart racing throughout the book. While this is the second in a series, you don't have to read these books in order as the author weaves the story lines together, yet at the same time, doesn't beat you over the head with reminders, (I'm looking at you, Jonathan Kellerman). Fast paced, great character builds and plots.I feel that I'm expanding my vocabulary with each chapter.
Having just put this book down, I'm already looking forward to the next book already.
Read more
One person found this helpful

Frozen_Lizard
4.0 out of 5 stars The Politically Incorrect Hitman for the EPA is Back
30 December 2012 - Published on Amazon.com
Everybody's favorite civil servant is back - Richard Paladin, EPA assassin. A great story with a lot of intrigue and a healthy dose of tongue-in-cheek humor (I chuckled out loud a few times). The author is really hitting his stride in this second novel in the Paladin series, the story is more complex, the characters more defined, David E. Manuel has succeeded in creating an original character with a distinctive voice. The story has the kind of twists and turns that are vaguely reminiscent of great contemporary crime writers like Elmore Leonard and Donald E. Westlake. It gives the impression of a series that will continue to build and become stronger with each volume.

In The Clean Coal Killers Richard Paladin is called in to investigate a possible terrorist threat to a Pennsylvania power plant. Someone is leaking classified documents and it is Paladin's job to figure out who it is - not really his area of expertise, he's the guy who usually comes in AFTER the leak has been pinpointed to "close" it. The deeper he gets into the whole mess the less he likes it as he is confronted by one oddball character after another, with nobody seeming to be who they say they are until both Paladin and the reader are left wondering if there's anybody involved in this thing at all who ISN'T working for some secret agency of some sort.

This one is completely different than the first yet familiar enough to give the impression of a known character - the kind of easy familiarity of an old, more adventurous friend stopping in to visit and update you on their latest crazy exploits. Paladin is less in your face in this second novel (not that he's mellowed by any means!), a little less acerbic without losing any of his edge. As always, he says the kind of politically incorrect things that have probably crossed through everyone's mind - however fleetingly - at one time or another. The plot is fun with pieces of the puzzle given in small incomplete portions that leave the reader (this reader at any rate) trying to figure out where it's all going before it gets there... I had mixed success.

I've never been exceptionally good at classifying a book into a particular genre, I would place this one firmly in the arena of crime fiction with a healthy dose of dark humor (more wit than comedy) that also serves as a broad satire on the often inept nature of government bureaucracies. There is strong language, some sexual situations as well as some violence that, while not particularly graphic, might tend to offend more sensitive readers. Honestly, if you are a very sensitive reader then you probably shouldn't be reading these novels at all because they really do poke fun at just about every sacred cow imaginable at one point or another.

My only criticism is the final chapter when they did the wrap-up of everything in the story explaining everything so that it was all tidy and laid out in front of you. It fit well within the overall framework of the story but I would have preferred that it was just left as a bit of an enigma for the reader to put together themselves.

I enjoyed this novel very much and I'm actually excited to see where this series goes down the line.
Read more
2 people found this helpful
Go to Amazon.com to see all 7 reviews 4.8 out of 5 stars
Get FREE delivery with Amazon Prime
Prime members enjoy FREE Delivery and exclusive access to movies, TV shows, music, Kindle e-books, Twitch Prime, and more.
> Get Started
Back to top
Get to Know Us
Make Money with Us
Let Us Help You
And don't forget:
© 1996-2020, Amazon.com, Inc. or its affiliates